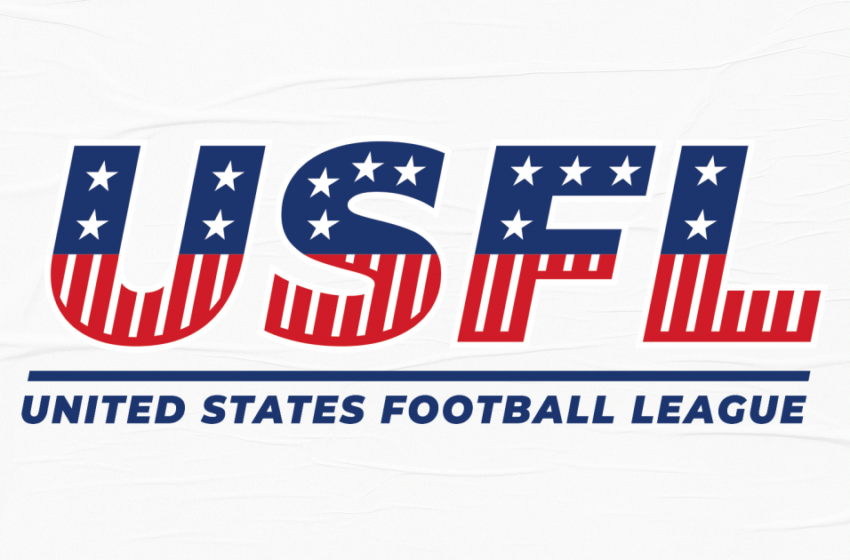 The USFL is giving spring football a second chance.

The professional football league opens play this weekend, and there will be a nostalgia factor at work given the original league’s fleeting success in the 1980s. Saturday’s schedule features team names and logos fans of the original league will recognize. Every game this season will take place at either Protective Stadium or Legion Field in Birmingham, Ala.

It’s football, and there’s always a reason to watch. Trying to pick a team? Here’s a rooting guide for each team:

We went full steed ahead with these home and away jerseys 🐎 pic.twitter.com/QzoSZSeGQM

Who’s the QB? Alex McGough, a former FIU quarterback who bounced around three NFL practice squads, will get the start.

Remember that guy? Scooby Wright swept the Nagurski Trophy, Lombardi Award and Bednarik Award for Arizona in 2014. He is on the Stallions’ roster.

Nostalgia piece: The original Stallions played at Legion Field, where some of the league’s games will take place this season.

Coach: Kevin Sumlin is back in Texas. He compiled an 86-43 record between stops at Houston and Texas A&M before a rough three-year stretch at Arizona. Defensive coordinator Tim Lewis was a head coach in the AAF.

Who’s the QB? Clayton Thorson passed for 10,731 yards at Northwestern, and he has done an NFC East practice squad tour with the Cowboys, Eagles and Giants.

Remember that guy? Beniquez Brown has tried the AAF and XFL. He was second in the AAF with 46 tackles before it shut down. The former Mississippi State linebacker gets to the football.

Nostalgia factor: Pro Football Hall of Fame quarterback Jim Kelly passed for 9,842 yards, 83 TDs and 45 interceptions with the Gamblers from 1984-85.

Ready for the hunt 🐾 pic.twitter.com/h8QCeNEcy5

Who’s the QB? The Panthers went close to home with Shea Patterson, a former five-star Michigan quarterback who enjoyed success with the Wolverines. Paxton Lynch, a first-round pick in the 2016 NFL Draft, is the backup quarterback.

Remember that guy? Frank Ginda led the FBS with 173 tackles at San Jose State in 2017. He played in the AAF and XFL and is still trying to catch a break in the NFL.

Nostalgia factor: The Panthers won the first USFL championship in 1983. The Detroit Lions haven’t won an NFL championship since 1957. Why not jump the bandwagon?

Coach: Mike Riley has a worldly experience at just about every level. He has coached in the CFL, WLAF, NFL, college and most recently the AAF. The San Antonio Commanders had a 5-3 record in the AAF in 2020 when it folded.

Who’s the QB? Remember this “Last Chance U” star?  De’Andre Johnson was dismissed at Florida State, transferred to FAU and spent two seasons at Texas Southern. He could enjoy success under Riley.

Nostalgia factor: The Generals were able to sign two Heisman Trophy winners in Herschel Walker and Doug Flutie. This is the league’s glamor franchise.

Coach: Larry Fedora had a 79-62 record between stops at Southern Miss and North Carolina. He was the offensive coordinator for Baylor in 2020.

Who’s the QB? Kyle Sloter played receiver at Southern Miss and Northern Colorado before converting to quarterback ahead of his senior season. He was briefly on the Vikings’ active roster in 2021.

Remember that guy? EJ Bibbs was a John Mackey Award finalist for Iowa State in 2014. He played for the New York Guardians in the XFL in 2020.

Nostalgia factor: The Breakers never spent more than one season in one city. They played in Boston (1983), New Orleans (1984) and Portland (1985) in the original USFL.

Home and aways are out of this world 💫 pic.twitter.com/Z3i909jNwt

Coach: Bart Andrus’ experience ranges from junior college and college to the NFL Europe League and CFL. He spent the 2021 season coaching at the University of Ottawa.

Who’s the QB? Bryan Scott also is an interesting case. He passed for 9,073 yards and 77 TDs as Occidental College and spent three seasons in the CFL.

Remember that guy? Ahmad Dixon was second in tackles in the XFL before it folded in 2020. The former Baylor safety played indoor football for the Massachusetts Pirates last season.

Nostalgia factor: The Stars won two of the three USFL championships and were the runner-up in the first season.

Nailed these home and away threads 🔨 pic.twitter.com/pY9Whzrd89

Coach: Kirby Wilson has been a lifetime NFL assistant coach since 1997, and he’s been a running back coach for eight different franchises. This is his first head coaching job.

Who’s the QB? Kyle Lauletta played quarterback at Richmond, where he threw for 10,465 yards and 73 TDs. He’s been a practice squad NFL quarterback, and his last stint was with the Cleveland Browns.

Remember that guy? Garrett Groshek averaged 5.2 yards per carry for his career at Wisconsin. He could catch on in Wilson’s offense.

Coach: Todd Haley was a NFL assistant and coordinator from 1995-2018. He has spent the last two seasons as the offensive coordinator for Riverview High School in Sarasota, Fla.

Who’s the QB? Jordan Ta’amu played at Ole Miss and for the St. Louis Battlehawks in the XFL in 2020. He was third in the league in passing yards when the league was canceled because of COVID-19. Ta’amu has bounced around four NFL practice squads since.

Remember that guy? Daylon Mack was a five-star recruit in high school who played at Texas A&M. He’s been a practice squad NFL player, and this is a chance for the 340-pounder to make an impact. He’s still just 25 years old.