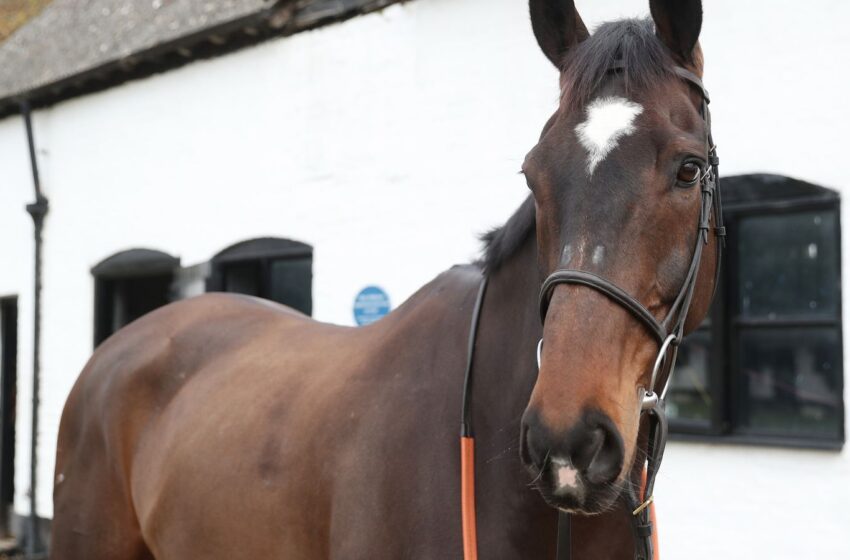 Retirement plans on hold for Santini Connections of Santini have been persuaded to delay his retirement after the 10-year-old produced a superb fourth-placed effort in the Randox Grand National.

The gelding started as a 33-1 chance for the big race on what was his fourth start for Polly Gundry after switching from the Lambourn stable of Nicky Henderson.

Henderson trained the horse to a string of graded-race successes over both hurdles and fences and to be beaten a neck by Al Boum Photo in the 2020 Cheltenham Gold Cup.

His progress seemed to stall thereafter and in 2021 he was returned to the Exeter base of Gundry, a handler he was already well-acquainted with as he was broken in and frequently pre-trained at her yard.

The move seemed to have revitalised Santini when he was an excellent second in the Cotswold Chase in January, after which he finished eighth at 66-1 in the latest running of the Gold Cup.

In preparation for the National, Santini was taken hunting and on hunt fun rides to fine-tune his jumping in lieu of experience over the famous fences, something that stood him in good stead as he tackled the spruce obstacles and ditches with aplomb.

Eventually fourth when just failing to collar Delta Work for third on the run to the line, Gundry reports Santini to be happy and well as he prepares for a summer break following his exertions.

“He’s very well, he just slightly nicked his hind coronet band but he’s as sound as anything and we’re very happy with where he is,” she said.

“We were thrilled with him, I felt I might have over-done the jumping because I was very aware that horses that go there not having been around the National fences aren’t always as good as the horses that have experience, so I was trying to play catch up a little bit.

“I couldn’t have been prouder of what he did, he was pretty perfect.

“He is such a professional horse and Nick Scholfield just did the most amazing job.

“They have a very lovely bond, the two of them, and they just admire each other so we are very lucky.”

Richard and Lizzie Kelvin-Hughes, Santini’s owners, had mooted the idea of retiring the horse at the end of the campaign but his National performance was enough to halt those plans and he is set for another season in training.

“Initially Richard and Lizzie Kelvin-Hughes thought this might be his last season, but on Saturday evening Richard said ‘what do you think about another season?’ and I said ‘I’m game if you are!’,” Gundry explained.

“We certainly haven’t got any plans yet or possible races, but he will stay in training

“He’s been very, very well looked after by Nicky Henderson and he’s not a difficult horse to love to bits, so as soon as Richard felt he wasn’t going well last year, he changed things and decided to send him to me.

“He’s been very well looked after throughout, firstly by Nicky Henderson and then hopefully by us before and after.”