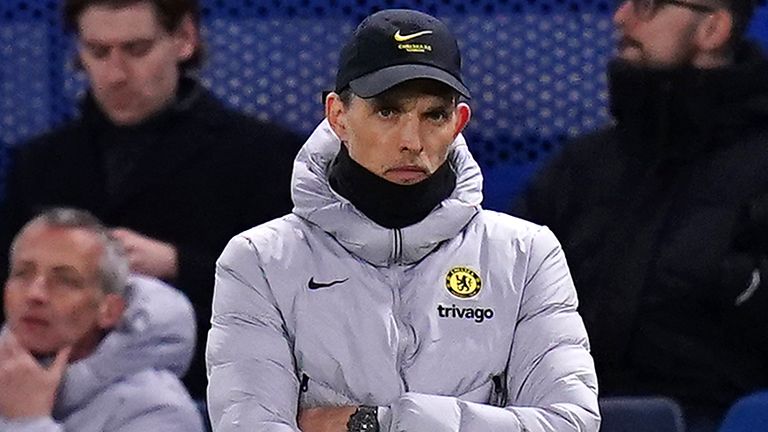 The reigning European champions must overturn a two-goal deficit in next week’s return in the Bernabeu to have any chance of defending their crown after Karim Benzema scored two extraordinary first-half headers and punished Edouard Mendy’s error to leave 13-time winners Real in control after his hat-trick in successive Champions League outings.

The odds are stacked against Chelsea progressing through to the semi-finals, with just one of the previous 43 sides who trailed by two or more goals in a Champions League knockout tie overturning such a deficit away from home in the competition’s history.

Asked if he thought the tie was still alive, Chelsea boss Tuchel said: “Today, is this [tie] alive with this performance? No, not at the moment.

“We have to find ourselves again, I don’t know where we have been since the international break. Tonight was a repetition of the second half against Brentford in a quarter-final against Real Madrid. Five days, seven goals conceded. I don’t think there is a deeper reason or it. It’s alarming.

“With everything the game demands, you cannot expect a result from this kind of performance. We were so far off our level, tactically, individually, in shape, in challenges. We tried to play in a new formation and killed the game off with a big mistake.

“It’s never on one player or players, it’s on all of us, including myself. Individually we lost shape and sharpness. Since the international break, we have obviously not looked the same and I don’t really have an explanation. We came from a long winning streak where we were really competitive, but the first half was by far not good enough.”

If Chelsea are to pull off an unlikely comeback in next week’s return leg at the Bernabeu, Tuchel believes the manner of his side’s response in Saturday’s Premier League trip to Southampton, which now dominates his focus, will be crucial.

“We have to prepare for Saturday against Southampton and not the [return leg at the] Bernabeu,” Tuchel elaborated. “If we continue to play like this, we will not get a point [at Southampton].

“I worry more about Southampton than Real Madrid in the next week, there is my focus. First of all we need to play Southampton.

“If we don’t get our heads and legs straight and our mentality right, we will not win in Southampton and then this tie is not alive.

“If things change, maybe, but how many clubs in worldwide football won with what we need, three goals difference? How often did this happen? Maybe it’s only realistic to answer like this.”