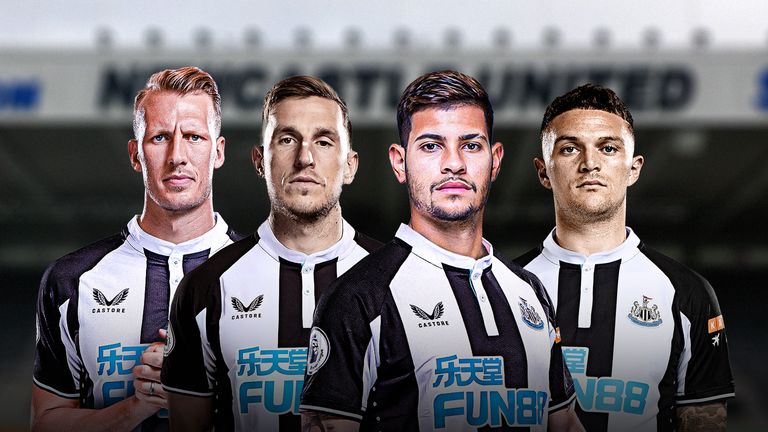 Premier League relegation picture: Who is going down?

The battle for Premier League survival continues – but which of the contenders are best placed to avoid the drop?

Newcastle moved even further clear of the drop zone after a 1-0 victory over Wolves on Friday Night Football, while Burnley gave their survival chances a massive boost against a fellow relegation rival, Everton, in midweek with a 3-2 comeback win moving them a point from safety, while

Frank Lampard’s side are dropping like a stone, losing four of their last five games, and although they still have a game in hand on two of the three sides below them, they have arguably the toughest run-in of the sides around them – and have little grounds for optimism they will upset the odds in their last nine games.

Last weekend, Leeds eased their relegation fears with a dramatic 3-2 win over Wolves and they followed that up with a 1-1 draw at home to Southampton, but Burnley’s win over Everton means they drop back to six points clear of the relegation zone.

Norwich look doomed, seven points adrift of safety with eight games left to play while Brentford have pulled away from trouble after beating Chelsea 4-1 in west London. Here, we take a look at the state of play, odds and key fixtures as the relegation picture hots up…

Newcastle have been transformed under Eddie Howe and appear likely to become the first team to avoid the drop after failing to win any of their first 14 matches.

After beating Wolves 1-0 at St James’ Park, they now face another two home games on the trot and, after a trip to bottom club Norwich, they face Liverpool, Manchester City and then Arsenal before visiting relegation-rivals Burnley on the final day.

Brentford’s third win in four games, at Chelsea, pushed them within touching distance of Premier League safety. They play West Ham before a trip to fellow strugglers Watford.

They must also play Tottenham and Manchester United and if the clubs below them keep picking up points, the Bees’ survival could hinge on dogfights against Everton (away) and Leeds (home) in their last two games.

Leeds edged a point closer to safety on Saturday after being held to a 1-1 draw against Southampton at Elland Road as relegation rivals Watford and Burnley both lost.

Their next match against Watford (away) could prove pivotal. They might not need to hit the magical 40-point mark, but with fixtures against Chelsea, Manchester City and Arsenal still to come they cannot afford to lose hard-earned momentum.

Everton would be one of the Premier League’s biggest casualties if they were to lose top-flight status for the first time since 1951, and since Frank Lampard’s arrival it has not gone to plan, with seven defeats in nine league games.

Lampard insisted he saw enough from Everton’s 2-1 defeat at West Ham to suggest they can climb away from relegation trouble, but could not hide his frustration as they threw away a half-time lead to lose 3-2 at goal-shy Burnley

Everton remain just one place above the drop zone and with the cushion to the bottom three now down to a point, they have the daunting task of Manchester United to face at Goodison Park next up.

The Toffees have games in hand, but face arguably the toughest run-in as fixtures against United, Liverpool and Chelsea lie in wait before a last-day trip to Champions League-chasing Arsenal.

Burnley have escaped relegation more than once but trailing at the break against Everton, with a four-point gap to safety looming and a fifth straight defeat, it appeared it may be game over for Sean Dyche and his side.

But up stepped Jay Rodriguez and Maxwel Cornet after half-time to earn a first win in six games and lift them within touching distance of the Toffees, who sit 17th. The win could not have come at a better time – a trip to Norwich, the Premier League’s bottom side, awaits on Saturday with the Clarets sure to be buoyed by the manner of their late comeback.

Even now the Clarets, who have won only four times in the Premier League this season, have pulled through in worse situations, but must collect points from their games in hand. Dyche’s survival skills are going to be sorely tested.

Watford’s focus remains solely on survival as a 13th defeat in their last 15 league matches still leaves them in the relegation zone.

They have key matches against Leeds, Brentford and Burnley before the end of the month and manager Roy Hodgson was encouraged by the display at Anfield.

While five of their remaining games are at home – including visits from relegation-rivals Leeds, Brentford and Burnley – they have lost their last eight at Vicarage Road and in their four remaining away fixtures, Hodgson’s side face Liverpool, Manchester City and Crystal Palace before a last-day trip to Chelsea.

Dean Smith accepts games are running out in Norwich’s battle to stay in the Premier League but believes they have a building block to work with ahead of next weekend’s vital clash with Burnley.

The Canaries ended a run of six straight defeats with a goalless draw at Brighton on Saturday albeit they were indebted to Neal Maupay’s missed first-half penalty.

Norwich could have snatched the points late on when Teemu Pukki found Milot Rashica inside the area but the Kosovo international volleyed off target. An opportune time to rediscover their winning touch would be Sunday when relegation rivals Burnley visit Carrow Road.