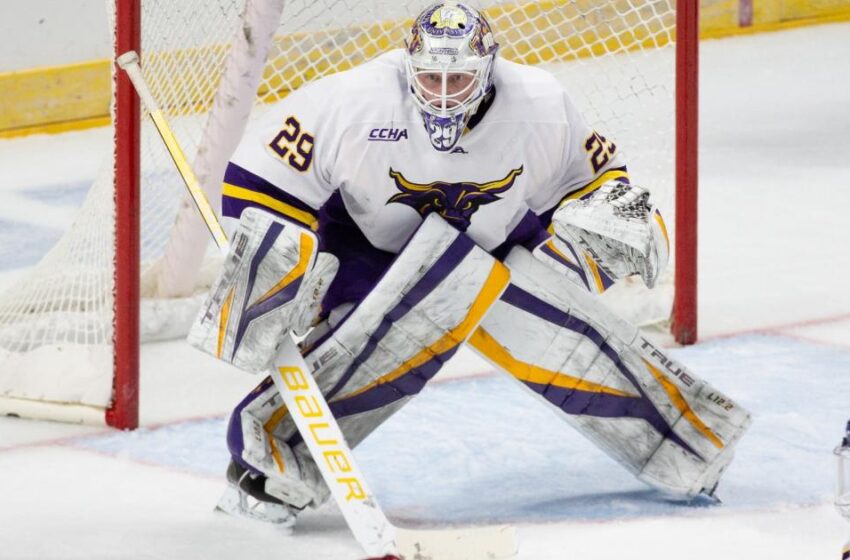 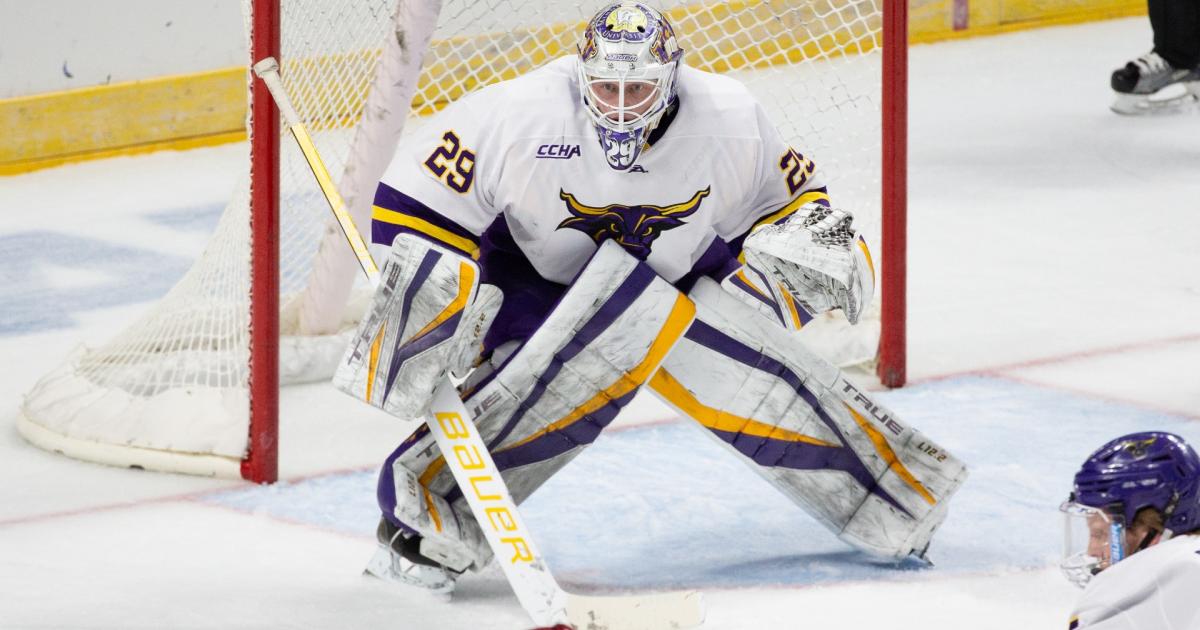 Minnesota State’s Dryden McKay is the winner of the 2022 Hobey Baker Award as the best player in NCAA Division I men’s hockey.

McKay has had a historic season in net for the Mavericks. He set an NCAA record for wins in a season (he’s up to 38) and could add to it with a win in the national championship game Saturday. In October, McKay set the NCAA record for career shutouts, surpassing Ryan Miller’s 26. He’s now at 34.

He ranks second in college hockey with a 1.27 goals-against average and his .934 save percentage is tied for third. He was named CCHA Player of the Year and Goalie of the Year, and was honored with an All-CCHA first team selection.

The senior goalie earned the award despite not winning the Mike Richter for NCAA Goalie of the Year. That honor went to Northeastern’s Devon Levi.

It’s the first time a member of the Mavericks program has won the award, as McKay beat out Bobby Brink of Denver and Ben Meyers of Minnesota.

Brink has been one of the top players in college hockey all season. The 2019 second-round pick of the Flyers leads the nation with 57 points and 43 assists. Brink’s 1.43 points per game is also first.

The Pioneers junior forward had already earned NCHC Player of the Year and NCHC Forward of the Year honors, and he was the only unanimous selection to the All-NCHC first team. His 35 points in conference play tied the NCHC single-season record.

Brink had the primary assist on Carter Savoie’s overtime winner in the Frozen Four national semifinals Thursday against Michigan to send the Pioneers to the national championship game against Minnesota State.

Meyers finished his junior year with a team-leading 17 goals and 41 points. He was second with his 24 assists. His 1.21 points per game was the eighth-highest in the nation.

The Golden Gophers captain was honored as Big Ten Player of the Year and was a unanimous All-Big Ten first-team selection.

Who has won the Hobey Baker Award in the past?

The award was introduced in 1981. It was named after Hall of Fame inductee Hobey Baker, who played at Princeton before serving in World War I, where he died in a plane crash.

There have been 41 recipients of the award, with no player repeating. The most recent winner was Cole Caufield, who earned the honor with his play at Wisconsin. He joined the Canadiens last season.

A look at the Hobey Baker winners of the past 10 seasons:

What schools have the most Hobey Baker winners?

Minnesota-Duluth has the most Hobey Baker winners with six. The most recent Bulldog to win the award was defenseman Scott Perunovich in 2020; he is currently with the Blues.

Harvard and Minnesota are tied for second with four each. Jimmy Vesey earned the honor in 2016 for Harvard, while Minnesota’s last winner was Jordan  Leopold in 2002.

A breakdown of Hobey Baker Award winners by school: