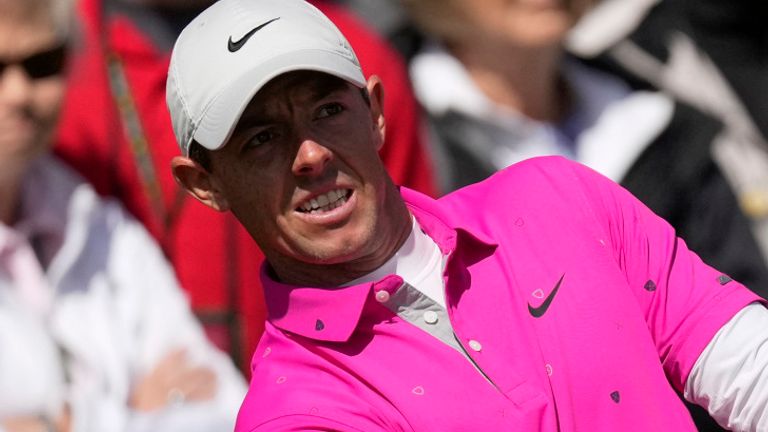 McIlroy looking to become just the sixth golfer and first since Tiger Woods to complete the career Grand Slam; Northern Irishman carded successive rounds of 73 at Augusta National – watch The Masters throughout the weekend exclusively live on Sky Sports Golf

The former world No 1 holed a 15-footer avoid a bogey at the third, only to find trees off the fifth tee and then fail to get up and down from just short of the green to save par.

McIlroy scrambled from the sand to save par at the last and head into the weekend on two over, as former Masters champion Charl Schwartzel carded a three-under 69 to set the clubhouse target with overnight leader Sungjae Im.

Watch The Masters this week exclusively live on Sky Sports Golf, with additional feeds and bonus action during all four rounds available via the red button.