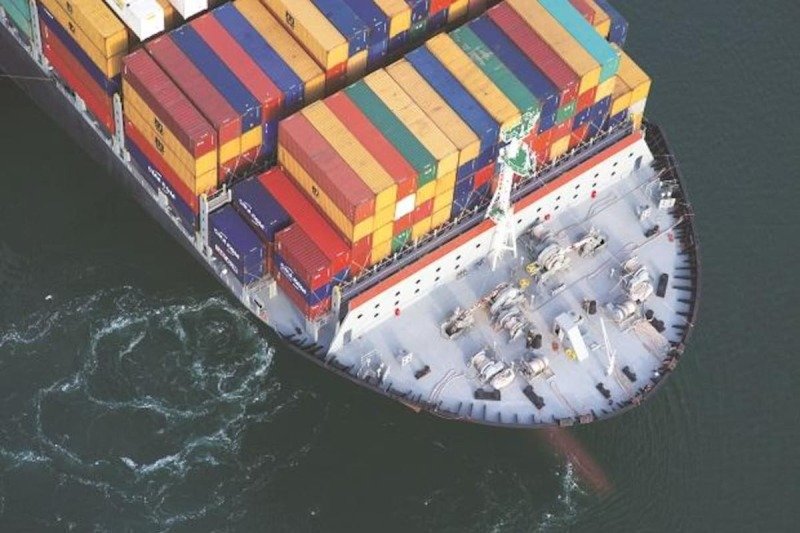 The World Trade Organization (WTO), reports that the war in Ukraine has dealt a severe blow to the world economy, shattering expectations of a recovery from the damaging impact of the coronavirus pandemic on world trade and business confidence.

WTO economists have revised down their forecast for world trade over the next two years. They now expect world merchandise trade to grow by 3% this year and recover slightly to 3.2% in 2023. This figure is down from the previous projection of 4.7%.

According to the WTO, these figures are likely to be revised again given the uncertainty of the fallout from the war in Ukraine. WTO Director General Ngozi Okonjo-Iweala says the economic repercussions of this conflict extend far beyond Ukraine’s borders.

The most immediate economic impact of the conflict has been a sharp rise in commodity prices. Despite their relatively small share in world trade and production, Russia and Ukraine are the main suppliers of essential goods, including food, energy and fertilizers, the supply of which is now threatened by war. . Grain shipments through Black Sea ports have already been halted, with potentially disastrous consequences for food security in poor countries.

A closer look at the numbers shows a mixed picture across the world. The Middle East is seeing rising oil prices boost export earnings, allowing countries in the region to import more. Thus, the WTO forecasts an 11.0% growth in export volume for the region in 2022 and an 11.7% increase in imports. Asia, which outpaced the global average in terms of trade volume growth in 2021, is expected to perform more subdued this year, with both exports and imports expected to grow by only 2.0%.

“It is now clear that the double whammy of the pandemic and the war has disrupted supply chains, increased inflationary pressures and lowered expectations for growth in production and trade”she said.

“These events and the enormous uncertainty they have created create a complex forecasting environment”adds the same source.

The WTO estimates that the most immediate economic impact of the war has been a sharp rise in the price of food, energy, fertilizers and some important minerals.

Russia and Ukraine are the main suppliers of these products to the world market, Okonjo-Iweala notes, adding that a potential food crisis is looming. She says poor countries are likely to suffer the most from high food prices because they tend to spend a large proportion of their income on food.

Egypt and Tunisia import about 80% of their wheat from Ukraine and Russia. Other countries, such as Lebanon and Haiti, also rely heavily on wheat imports from these countries. The World Food Program warns that the ongoing war in Ukraine will increase world hunger.

As for Morocco, its dependence on food products from Russia and Ukraine does not exceed 1.9%.

Ukraine is due to harvest its winter crop in July and plant next season’s crop in September. According to the WTO, it is crucial that farmers be allowed to grow and harvest their wheat crops to alleviate a food crisis.

With little hard data on the economic impact of the conflict, WTO economists have had to rely on simulations to make reasonable assumptions about GDP growth in 2022 and 2023.

According to WTO assumptions, world GDP at market exchange rates is expected to grow by 2.8% in 2022, down 1.3 percentage points from the previous forecast of 4.1%.

Okonjo-Iweala called for humanitarian corridors to allow grain to leave Ukraine by truck or ship and for farmers to work.

She also reiterated a call for countries with grain stocks to sell them internationally to reduce prices.

Between them, Russia and Ukraine provided around 25% of wheat, 15% of barley and 45% of exports of sunflower products, used in animal feed, in 2019, according to the WTO.

However, war is not the only factor weighing on world trade today. Lockdowns in China, intended to prevent the spread of Covid-19, are once again disrupting maritime trade, at a time when pressures in supply chains appeared to be easing. This could lead to further shortages of manufacturing inputs and higher inflation.

The WTO estimated a 3.4% increase in trade volume in 2023, but warned that the figures “are less certain than usual”.

Global trade contracted 5% in 2020 but rebounded 9.8% in 2021 as consumers bought more goods as spending on services was constrained by Covid-19 restrictions. Before the war in Ukraine, trade was expected to grow at a strong pace this year, supported by the savings accumulated by households in many countries.

However, soaring inflation, which is compressing real household income, and further supply chain disruptions have dramatically changed the outlook.

The WTO predicts exports will contract in South America this year, while Asia is expected to see export growth slow to 2% from 14% in 2021.

Export growth is expected to be more than halved in Europe compared to last year, while North America and Middle Eastern oil exporters are expected to experience above-average growth rates.

The CIS region, which includes Russia, is expected to see a sharp drop in imports and GDP this year, but exports are expected to increase by 4.9% as other countries continue to depend on the country’s energy.

The WTO forecast anticipates the global economic outlook released later this month by the IMF.

The war’s negative impact on trade was laid bare by separate figures released this month by the Kiel Institute for the World Economy, which tracks shipping data from 500 ports in real time for create a global trade index. The company said the value of global trade fell 2.8% between February and March, with Russia and the EU recording the steepest contractions.