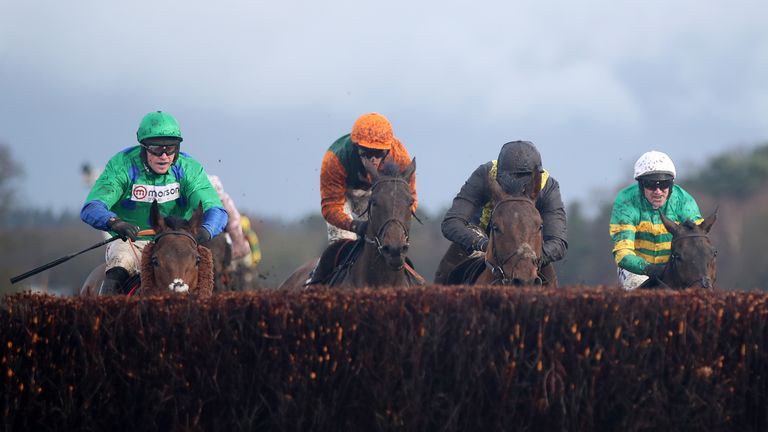 Eclair Surf and Fortescue are both guaranteed a run in the Randox Grand National after Caribean Boy and Farclas were taken out of the Aintree showpiece at Thursday’s final declaration stage.

It looked like the eight-year-old would have to make do with a place on the reserve list, but he has made the cut as No 39 following two unexpected defections.

Caribean Boy was out to provide Nicky Henderson with an elusive first National success, but was not declared after suffering a setback.

Part-owner Simon Munir posted on Twitter: “Unfortunately, sorry to report that Caribean Boy has pulled a hamstring and will be a non-runner in Saturday’s Grand National.”

Farclas was due to be part of Gordon Elliott’s strong squad, but was also not declared, meaning Fortescue creeps in at the bottom of the field for Henry Daly.

The eight-year-old Farclas, who finished fifth last year, is waiting for Fairyhouse.

“The Irish National is a race very close to our hearts so that’s where he’ll go instead of Aintree. He’s perfectly well within himself, we’re just going to save him for Fairyhouse.”

After gambling on getting a run by missing last week’s Scottish National, a delighted Daly said: “I think in modern-day terminology in text or whatever, I think it goes TFFT – but I’m not totally sure what that means!

“I think it means Thank Goodness For That, or some such. According to the handicapper he is 4lb well in, but we will see how right he is.

“He has been in good form all season. His run at Ascot was great. He jumps, gallops and stays, and I don’t quite know what else you want for Aintree because I’ve never won it, but we will find out on Saturday, won’t we?”

The field is headed by last year’s historic winner Minella Times who is once again the mount of Rachael Blackmore.

Leading contenders for the world’s most famous steeplechase include Elliott’s pair of Delta Work and Escaria Ten, Any Second Now – third last year for Ted Walsh – and Charlie Longsdon’s grey mare Snow Leopardess, winner of the Becher Chase over the National fences earlier in the season.