Who will win the Masters in 2022? Odds, betting favorites, expert picks & more to know 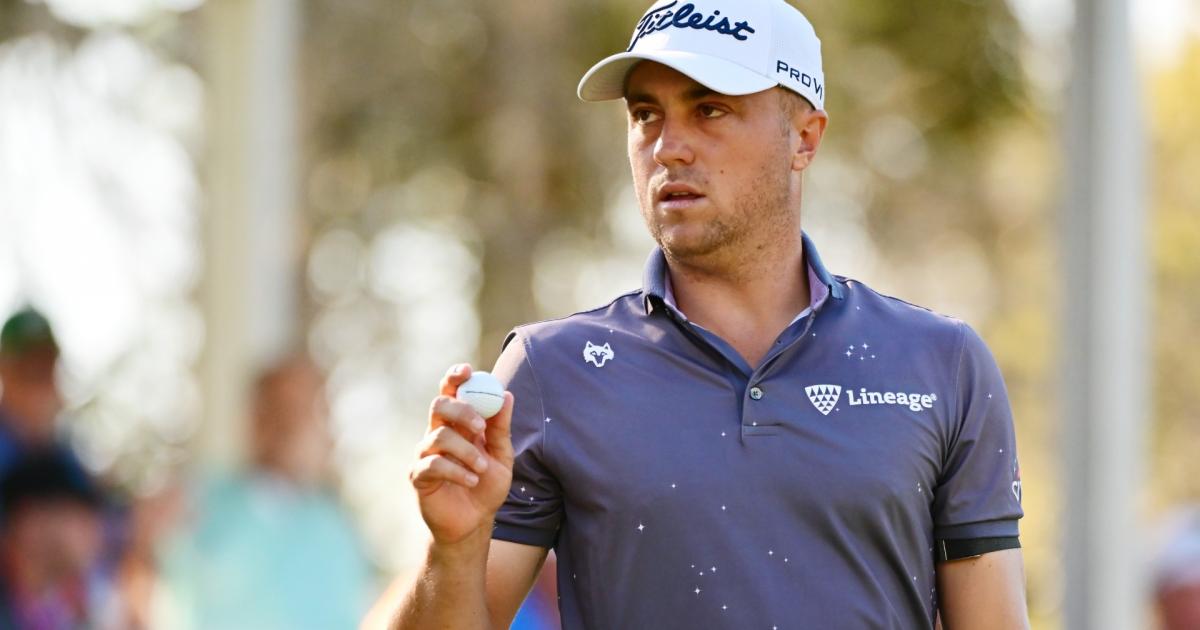 Bettors, rejoice. The first major tournament on the 2022 PGA Tour is here. The Masters will take place from April 7 to April 10, as Augusta National Golf Club looks to crown its newest winner.

Hideki Matsuyama earned his first green jacket — and first major win ever — in 2021. He will potentially look to defend that title but will face a stacked field of competitors featuring countless former major winners. Chief among them are Jon Rahm, Justin Thomas, Dustin Johnson, Rory McIlroy, Brooks Koepka and Jordan Spieth. Add in recent winners Scottie Scheffler and Cameron Smith for good measure and it’s hard to predict who will win the major event in 2022.

That said, bettors have one major advantage in predicting this event. The Masters are played at Augusta every year. As such, you can look back at performance in previous years and see which players are built to handle the course and which aren’t. When pairing that with recent performance, savvy gamblers can usually predict which players may be near the top of the leaderboard.

There are some wild cards in 2022, of course. Matsuyama hasn’t been fully healthy in recent weeks, so if he plays, he may not be at 100 percent. Then, there’s Tiger Woods, who seems likely to play in his first tour event since 2020 after a car crash he suffered in February of 2021. He probably won’t win, but people love to bet on him, especially with his odds looking lower than usual.

The 7,475-yard Augusta course will pose a challenge to players. It’s one of the longest on the tour, but it won’t automatically favor the bigger swingers. Instead, it will favor the golfers with the best combination of power and an approach game, as avoiding long putts at Augusta is critical.

Here’s everything you need to know to bet on the 2022 Masters, including the latest tournament odds and best bets for the event.

Jon Rahm (+900) enters the Masters as the favorite to win, per odds from DraftKings Sportsbook. Rahm won his first major tournament, the U.S. Open, in 2021. It is his only one to date, but he has 13 professional wins and has finished inside the top 21 in five of the six events he has participated in this year.

Scottie Scheffler (+1200), Justin Thomas (+1400), Cameron Smith (+1400) and Dustin Johnson (+1600) round out the rest of the top-five golfers in terms of odds to win the tournament. Scheffler is the current World No. 1 after winning the Arnold Palmer Invitational, his second victory this season. Thomas, Johnson and McIlroy have also been ranked No. 1 in the world during their careers.

Tiger Woods plans to play “as of right now.” If he plays, he’ll enter the tournament with +5000 odds to win despite it being his first PGA Tour event since suffering major injuries in a February 2021 car accident.

Those looking for veteran golfer Phil Mickelson will not find him on this list. He is not participating in the Masters for the first time in 28 years.

Below are the odds for the top golfers in this year’s Masters tournament. Only competitors with 100-1 or better odds are listed.

The 2022 Masters will be played at Augusta National Golf Club, as always. The course has hosted the event since its inception in 1934, though the course has undergone countless renovations and changes over the years.

Augusta National is one of the longest courses on the PGA Tour. The course used to be just 6,985 yards in length but has expanded to 7,475 yards over the last 20 years.

Because of the length of the course, strokes gained off the tee (SG:OTT) will be important. Twelve of the 18 holes are at least 440 yards in length, so big hitters will be able to shorten the course a bit and set up easier approach shots.

As such, strokes gained approaching the green (SG:APR) will also carry significant importance. Why? Because it is fairly easy to putt at Augusta inside of 10 feet, per Mark Broadie of Golf.com. But outside of it, golfers can get themselves into trouble, as Augusta has the highest three-putt rate of any PGA Tour course. So, we’ll keep an eye on the best putters inside 10 and the ones with the lowest 3-putt rate as well.

With those key stats in mind, Justin Thomas (+1400) looks like the best bet of the favorites. Thomas has the fifth-best approach game on the PGA Tour this season in SG:APR but he has also been a top-15 performer off the tee. His weakness so far this season has been putting inside of 10 feet, but as mentioned, it is fairly easy to execute inside of 10 feet at the Masters. The harder part is getting there, but Thomas is equipped to do that.

Collin Morikawa (+2000) is in a similar spot to Thomas in that he’s excellent both off the tee and approaching the green. He ranks 20th in SG:OTT and 10th in SG:APR this season, so he checks a lot of the boxes we’d look for in a high-end value. His one weakness this year is his putting, which has been below-average inside of 10 feet (111th-ranked overall). However, he has proven that he can get hot with the putter before, so feel free to trust him in this spot if you prefer his game to Thomas’.

If you’re looking for a sleeper pick, Shane Lowry (+5500) looks like an appealing option. Lowry missed the cut in three of his first four Masters appearances, but in each of the last two years, he has finished within the top 25.

It also helps that Lowry is playing some of his best golf to start the 2022 PGA Tour season. He finished second in the Honda Classic, 12th at the Players Championship and 13th at the Valspar Championship in his last three tournaments. He ranks inside the top 53 in each of the four main stat categories we’re looking at for this tournament, as is particularly good with his approach (14th in SG:APR) and putting (31st in putting inside 10 feet and seventh in 3-putt avoidance).

One final name to keep an eye on is Hideki Matsuyama (+3500). His numbers suggest that he is a solid bet here, and he proved it last year by winning the tournament. That said, while he looks like a decent value pick, his status will need to be monitored in the lead-up to the tournament as he deals with a neck injury. As such, you probably shouldn’t bet him to win now, but you can keep an eye on him to see if he makes the cut line. If he does and is within a few strokes of the leader, he could be a worthwhile weekend hedge bet.

The reigning winner of the Masters Tournament is Hideki Matsuyama. He won the 2021 event by one stroke over Will Zalatoris and will seek to become the first back-to-back champion of the event since Tiger Woods won it in 2001 and 2002.

No player has won more Masters titles than Jack Nicklaus. The Golden Bear won six times during his career, with the first coming in 1963 and the last in 1986. Woods isn’t far behind him, having won his fifth Masters in 2019. Woods first won the Masters in 1997.