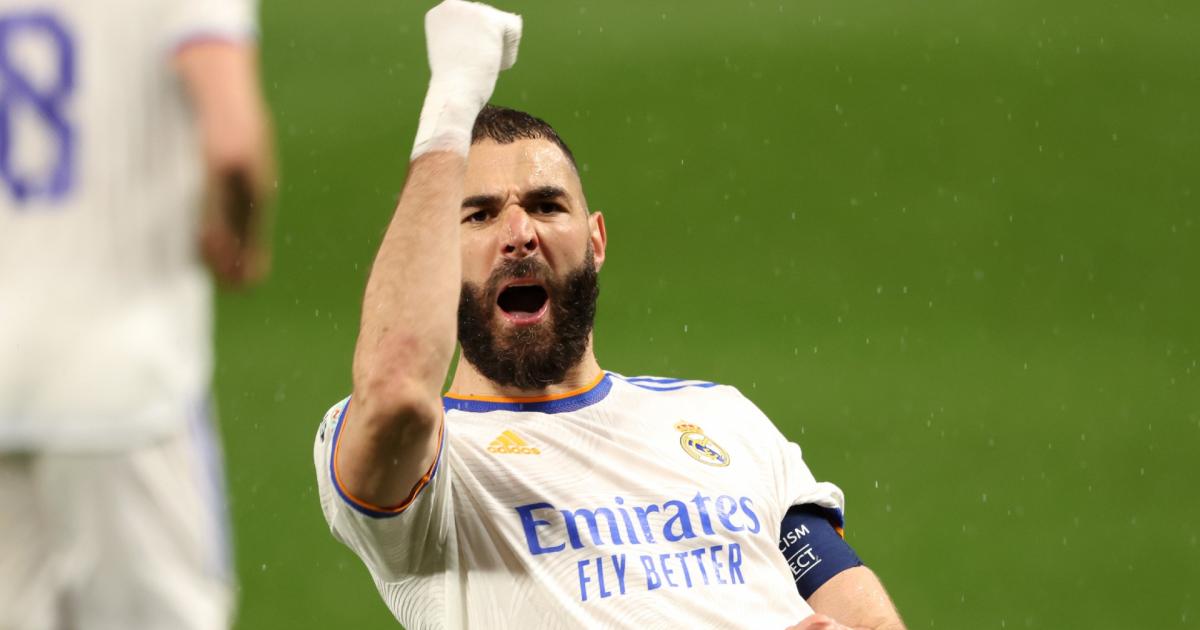 Karim Benzema continues to put on a show in the UEFA Champions League.

With another hat trick against Chelsea to put Real Madrid ahead 3-1 on aggregate after the first leg of their Champions League quarterfinal series, Benzema added himself to a number of prestigious lists of Champions League hat-trick goal scorers.

And notably, he has become only the sixth player to score a hat trick in the Champions League quarterfinals (Cristiano Ronaldo did it twice). Four of the seven all-time quarterfinal hat tricks were scored by Real Madrid players:

The only player and team on the above list to lose the quarterfinal match despite the hat trick was Real Madrid and Ronaldo in April 2003.

The Spanish side lost to Manchester United 4-3 at Old Trafford and the Brazilian star scored all three of the visitors’ goals. But luckily for the Galacticos, they had claimed a 3-1 first-leg win and advanced 6-5 on aggregate.

In addition to adding his name to the short list of quarterfinal hat tricks, Karim Benzema became just the fourth player to ever score hat tricks in back-to-back Champions League games.

At 31 years old, Karim Benzema is having the best season of his already illustrious career.

In 35 appearances across all competitions, he has 34 goals for Real Madrid, pummeling opponents across multiple fronts, from the start of the season in August 2021 right through April 2022. Not only is he scoring goals in bunches, he’s also assisting chances for teammates, racking up double-digit assist totals as well.

La Liga: Benzema has 24 goals and 11 assists in La Liga play alone, leading the league in both categories. His goal tally is a whopping 10 goals ahead of the next highest player, his teammate Vinicius Jr. He is one of two players with double-digit assists, with Barcelona winger Ousmane Dembele on 10.

His underlying statistics back up the numbers, with a 19.6 expected goals tally, the highest of anyone in the league by over 6.0xG. His assist total has clearly benefitted from being on a team with elite finishers, but his expected assists (xA) total of 6.75xA is still fourth in the league, just 1.13xA behind league leader Iker Muniain.

Champions League: The Frenchman has another 10 Champions League goals plus an assist, finding the back of the net in five of his seven appearances in the competition.

Supercopa: For the cherry on top, Benzema scored in both Supercopa de Espana matches, leading Madrid to the title.

Most Champions League hat tricks in a season

Benzema has now positioned himself to gun for one of the most untouchable records in world football.

Nobody other than Cristiano Ronaldo has scored three hat-tricks across one Champions League campaign, when he did so in the 2015-16 season as he led Real Madrid to the European club title.

Now, this season, both Benzema and Robert Lewandowski have the opportunity to do so, sitting on two through this year’s competition.

🤝 Karim Benzema joins Robert Lewandowski on 2️⃣ #UCL hat-tricks for the season – can either get a third to equal Cristiano Ronaldo’s 2015/16 record? 👀#CHERMA pic.twitter.com/nns0UxzUqj

Karim Benzema has a ways to go to catch the players with the most Champions League hat tricks: the greats of the competition Lionel Messi and Cristiano Ronaldo.

Benzema’s hat trick against Chelsea moved him alone into fourth place on the list with four career hat tricks, moving above Mario Gomez, Filippo Inzaghi, Luiz Adriano, and Neymar who all have three.

He now sits one behind Robert Lewandowski who is in third with five career hat-tricks in the Champions League.