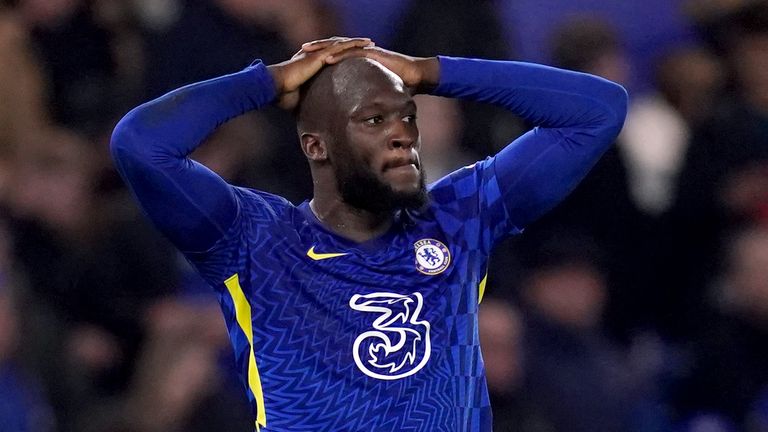 Erik ten Hag will make Ruben Neves one of his No1 transfer targets if he is appointed Manchester United boss.

Barcelona have reportedly bowed out of the race for Antonio Rudiger after securing a new deal with defender Ronald Araujo.

A sensational report in Italy has claimed that Romelu Lukaku “has held video calls” with former club Inter Milan.

Manchester United are considering a swoop for Rene Meulensteen to assist Erik ten Hag, according to reports.

Chelsea are currently leading the transfer race to sign Monaco midfielder Aurelien Tchouameni, according to reports.

Tottenham are increasingly confident of winning the race for Sam Johnstone this summer.

Barcelona are waiting for Erling Haaland’s response to their offer before moving ahead with a deal for Robert Lewandowski, according to reports.

Newcastle are weighing up a cut-price £8m move for Mainz skipper Moussa Niakhate after moving on from the idea of landing Sven Botman, who is now in advanced talks with AC Milan, according to reports.

Erik ten Hag wants assurances from Manchester United about the future direction of the club after he emerged as the favourite to become their next manager.

Arsenal manager Mikel Arteta could throw young defender Lino Sousa in at the deep end as the Gunners attempt to cope without first-choice left-back Kieran Tierney.

Inter and AC Milan could both share a new stadium outside of the city if plans for a new 65,000-seater ground do not progress quickly, according to Rossoneri chief Paolo Scaroni.

Joel Glazer has reportedly overruled the opinion of Manchester United’s advisors as he prepares to appoint Erik ten Hag as the club’s next manager.

Roman Abramovich has denied begging Hollywood pals to lend him cash after his accounts were frozen in the UK and the EU.

Luke Ayling has revealed he wants to spend the rest of his career at Leeds.

Erik ten Hag is confident of being offered the position of Manchester United’s next permanent manager following the agreement between the Dutchman’s camp and the club that Steve McClaren should be appointed as his No 2 if the 51-year-old takes over.

Rangers look set to miss out on Sam Johnstone with Tottenham ‘increasingly confident’ of winning the race for his signature.

Lowland League chairman Thomas Brown has defended the decision to vote in favour of guest clubs for the upcoming season – as he detailed the huge financial benefit of Rangers and Celtic’s presence in the division.

The contract terms Aberdeen offered Andy Considine would have forced the club hero to take a big pay-cut.