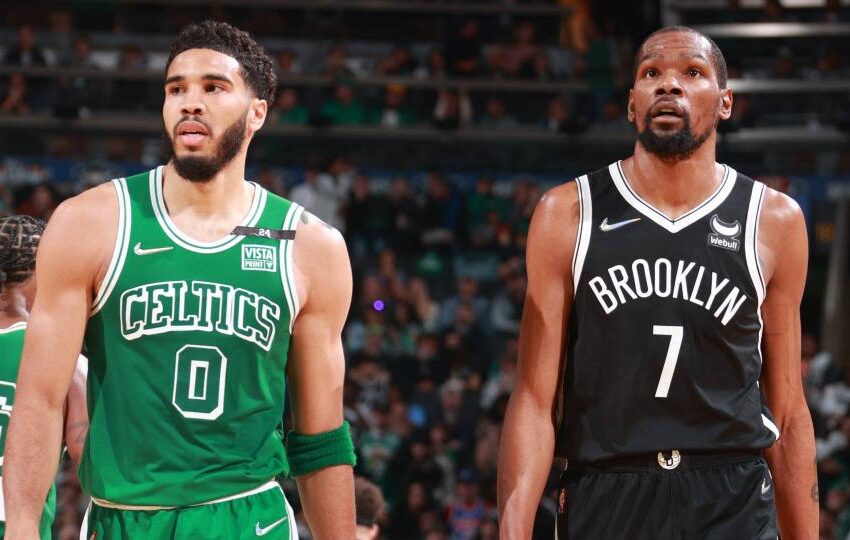 The Kyrie Irving revenge tour continues, and its latest stop is in Boston.

After beating the Cavaliers in the NBA Play-In Tournament, the Nets now face off against the Celtics in the first round of the NBA Playoffs. The first game of the series will take place on Sunday, April 17.

Boston won the season series against the Nets, 3-1. Brooklyn, however, was without both Kevin Durant and Irving for two of those four matchups.

After defeating the Cavs, the Nets are heading into the matchup against the Celtics with a lot of momentum. They won their last four regular season games and both Durant and Irving are healthy.

Boston, though, is ready for Brooklyn. First-year head coach Ime Udoka has turned Boston into an elite defensive team, and both Jayson Tatum and Jaylen Brown can more than carry the Celtics on offense.

All signs are pointing towards Nets-Celtics being a must-watch first-round series. Here’s everything you need to know about the matchup. 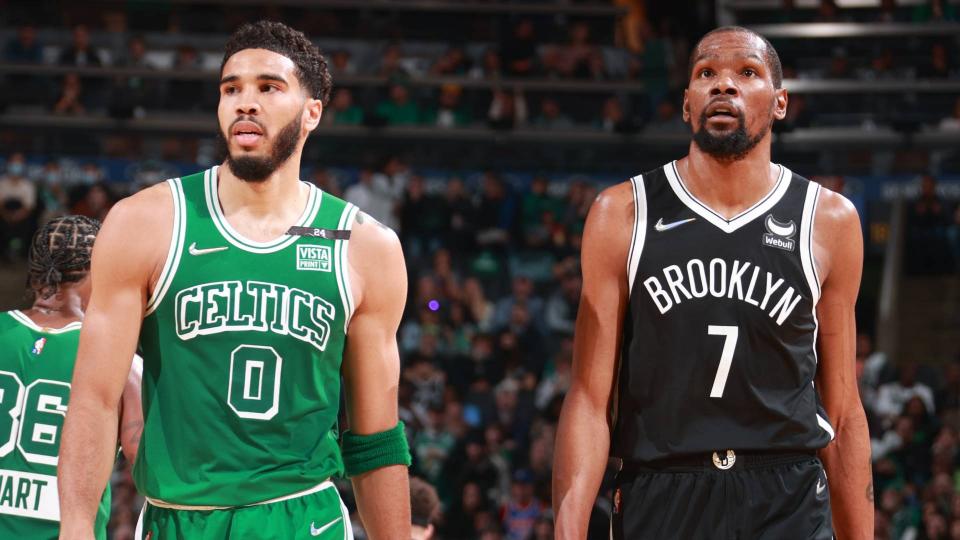 After a slow start to the season, Boston morphed into a defensive powerhouse, smothering teams with its length, speed, versatility and toughness.

“It’s [Celtics defense] suffocating [our opponents] at times, with our size and versatility,” Celtics head coach Ime Udoka said in February. “We’ve got big wings, our bigs, and obviously a pitbull [Marcus Smart] for a point guard. There’s no real weakness out there, nobody to pick on, which is the case with other teams sometimes.”

In late January, the Celtics started playing more unselfishly and dramatically improved offensively by sharing the ball and hunting mismatches. This was a product of becoming more familiar with Udoka’s system as well as Tatum’s continued growth and superstar emergence.

An All-Star for the third straight year, Tatum finished the season averaging career-highs across the board with 26.9 points, 8.0 rebounds and 4.4 assists. He shot 45.3 percent from the field and 35.3 percent from three. While his numbers are impressive, Tatum has also improved at reading defenses and playing out of double teams.

Plus, Tatum and Jaylen Brown have continued to grow together, learning to play off each other and take charge on offense when needed.

The tandem is one of the more potent offensive duos in the league. They both went on a tear near the end of March and in early April, combining to score at least 50 points over eight games.

With Tatum finishing seventh overall in scoring and Brown 13th, the Celtics are just one of two teams with players ranked inside the top 15 in points per game.

The Tatum-Brown duo and overall consistency of Boston’s offense will be an issue for the Nets.

Besides Bruce Brown, Kevin Durant and Ben Simmons, who remains out, the Nets don’t have any consistently good defenders. Defense is just not part of Brooklyn’s DNA. Their whole game plan is to simply outscore their opponents.

And while that can at times be very successful — especially when you have Durant and Kyrie Irving — the Nets may not be able to outscore Boston’s fabulous offense.

Game 1 of the first round matchup between the Celtics and Nets will take place on Sunday, April 17 at 3:30 p.m. ET.

More information will be provided as it is finalized. pic.twitter.com/K41lWT8REf

The full schedule and broadcast information for the series hasn’t been released yet.