Who will win the 2022 Grand National? Odds and betting favourites for Aintree 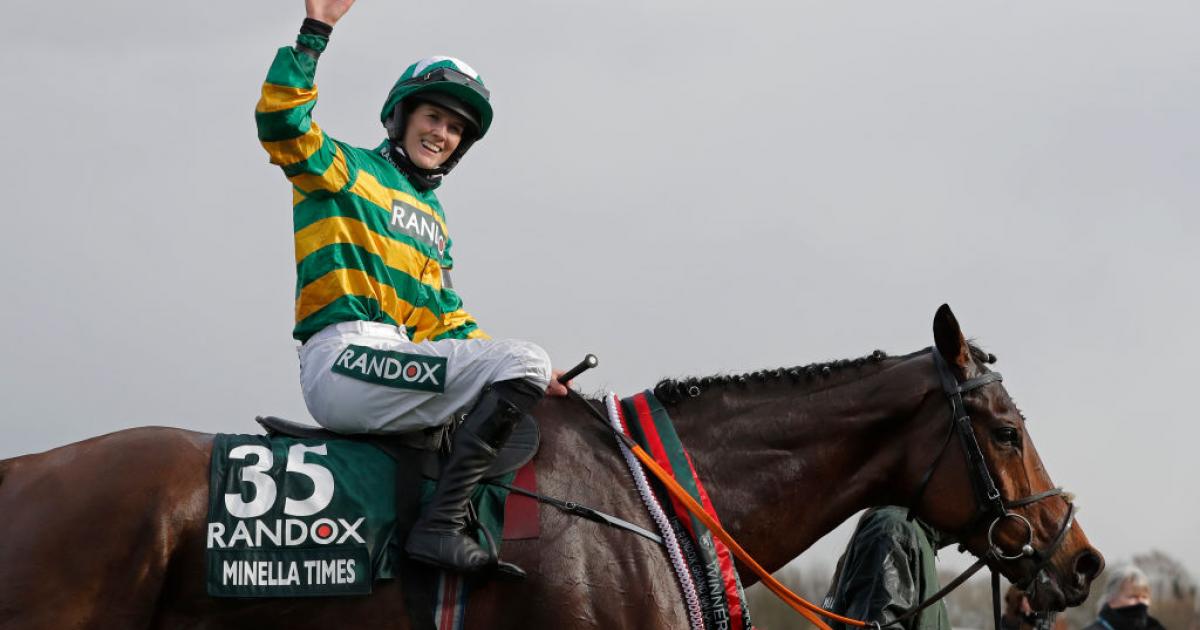 All eyes in the horse racing world centre on Aintree on Saturday for the biggest race of the year on the UK sporting calendar.

Forty horses will look to tackle 30 challenging jumps that make up the course in Liverpool.

The race brings out hardened and occasional gamblers alike on a day when anything can happen and where speed, endurance and an element of luck are all of of paramount importance.

There are a number of narratives to look for ahead of the race. History was made in 2021 when Rachael Blackmore became the first female jockey to win the event on Minella Times and she will be out to repeat the feat.

Here is a lowdown on what to look for ahead of the race and which horses to look at if you are considering a wager or two.

When is the Grand National and how can I watch on TV and stream?

The handicap steeplechase race starts at 5.15pm on Saturday, April 9 at the Aintree course in Liverpool with 40 horses lining up to take the start. It is part of the final day of a three-day festival of racing on Merseyside with proceedings beginning on Thursday.

The event is firmly established on the British sporting calendar having been first held at Aintree in 1839, under the title the Grand Liverpool Steeplechase.

The race is televised on ITV and can also be streamed on the ITV Hub. Coverage begins at 2pm.

Who is the favourite to win the Grand National?

Snow Leopardess is priced at 7/1 on Sky Bet to be the victor on Saturday. The 10-year-old has a 100 per cent winning record from her past three starts, including the Becher Chase at Aintree in December.

A prediction of good to soft in places for conditions for the race led to a flurry of money on Snow Leopardess, bringing her odds down from 14-1.

Victory would be a big turnaround for the mare, who had a two-year hiatus from racing due to injury and became a mother during that period, before owner Andrew Fox-Pitt looked to return her to action.

She will now bid to become the first mare to win the event since 1951.

Blackmore’s historic success 12 months ago came when she and Minella Times were considered a contender, but not quite a favourite.

They were priced at 11/1 for the event, the fourth-lowest odds, and then went on to prevail ahead of Balko Des Flos, the 100/1 surprise package.

A letter to my daughter, Rachael Blackmore. 👩‍👧 pic.twitter.com/IylZUOyYpr

Blackmore has had a superb start to 2022, becoming the first woman to win the Cheltenham Gold Cup in March on A Plus Tard.

Last year’s victory was the first time Minella Times had competed at Aintree and he will bid to be only the fifth horse to win back-to-back Grand Nationals on Saturday.

For those looking for signs lightning could strike twice, look no further than the fact Minella Times is again priced at 11/1 as joint fourth favourite.

Tiger Roll is a Grand National legend having won the race in 2018 and 2019, but he had no answer to Delta Work at the Cross Country Chase at the Cheltenham Festival in March. The latter comes to Aintree with a lot of confidence in his camp.

Odds of 15/2 highlight the money already on the horse trained by Gordon Elliott and it will be a shock if he is not in contention in the closing stages on Saturday.

Can Any Second Counts go two better at the Grand National?

The misfortune that Any Second Counts suffered in the 2021 Grand National was perhaps overlooked by the deserved praise for the achievements of Minella Times and Blackmore at the front.

Third place was a good result, rewarding backers with an each-way payout, but the question was whether more could have been possible after he had been badly boxed in at the 12th fence and lost a lot of momentum.

This left too much to do and it was a case of what might have been.

However, 12 months on, his stock remains high. He was favourite until the odds on Snow Leopardess tumbled but at 9-1 on Sky Bet there could be a lot of happy supporters counting their winners on Saturday evening.

👋 ENJOY D’ALLEN sets off on his travels ahead of his @RandoxOfficial Grand National tilt.

Noble Yeats leads the outsiders to surprise at the Grand National

At 40/1 there is a reason why Noble Yeats is one to back, but not with big money. Inconsistency is the concern. When he’s on form, he is a real contender, as a run to second in Wetherby in February showed. But, when well fancied, he was nowhere at Cheltenham, finishing ninth in the Ultima Handicap.

However, going in his favour is he is set to be ridden by Sam Waley-Cohen, who knows his way around Aintree with six career victories at the track, though none of those came in the Grand National itself.

Mighty Thunder (33/1), Secret Reprieve (40/1) and Two for Gold (40/1) have all shown hints of promise respectively and all could be worth an each-way if looking for contenders who might get a top five or six finish and a payout.