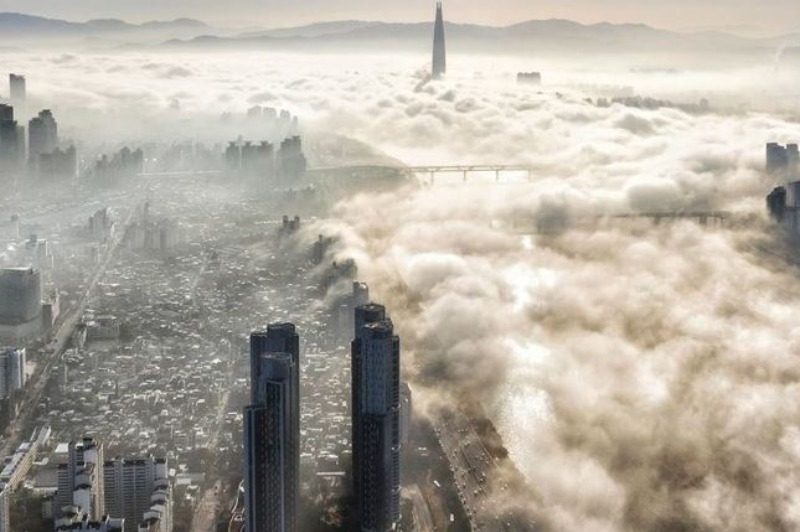 WHO: Almost all of the world’s population exposed to polluted air The World Health Organization (WHO), has warned that levels of air pollution remain dangerously high in many parts of the world.

According to new data from the UN body, almost the entire world population (99%) breathes air containing high levels of pollutants.

A record number of more than 6,000 cities in 117 countries are now monitoring air quality, but people in those cities are still breathing in dangerous levels of fine particulates and nitrogen dioxide, people living in low-income countries low or intermediate being the most exposed. These findings have prompted the WHO to highlight the importance of reducing the use of fossil fuels and adopting other concrete measures to reduce air pollution levels.

According to the UN World Health Agency, these latest data must push towards the energy transition.

For Dr Tedros Adhanom Ghebreyesus, Director-General of WHO, “High fossil fuel prices, energy security and the urgency of addressing the twin health challenges of air pollution and climate change underscore the urgent need to progress more rapidly towards a world much less dependent on fossil fuels”.

In the 117 countries that monitor air quality, the WHO finds that the air quality of 17% of cities in high-income countries is below WHO air quality guidelines. air for fine particles (PM2.5 or PM10). Low- and middle-income countries are still more exposed to dangerous levels of particulate matter than the global average.

Overall, people in developing countries are the most exposed to air pollution. They are also the least covered in terms of air quality measurement, but the situation is improving.

Furthermore, evidence regarding the harm of air pollution to the human body has rapidly increased and highlights the significant harms resulting from even low levels of many air pollutants.

Particulate matter, especially PM2.5, is able to penetrate deep into the lungs and into the bloodstream, causing cardiovascular, cerebrovascular (stroke) and respiratory disorders.

At the same time, nitrogen dioxide is associated with respiratory diseases, especially asthma. It leads to respiratory symptoms (such as coughing, wheezing, or difficulty breathing), hospitalizations, and visits to the emergency room.

According to the WHO, more than 13 million deaths worldwide each year are due to preventable environmental causes, including 7 million deaths related to air pollution.

“After surviving a pandemic, it is unacceptable to continue to record seven million preventable deaths and countless avoidable lost healthy years due to air pollution. Too much investment is still being devoted to a polluted environment rather than clean and healthy air,” said Dr Maria Neira, Director of Environment, Climate Change and Health at WHO, in a statement.

The WHO calls for a rapid intensification of actions to improve air quality. The aim is to identify the sources of air pollution. The WHO also recommends supporting the transition to the exclusive use of clean household energy for cooking, heating and lighting.

The UN agency wants the establishment of safe and affordable public transport systems and networks suitable for pedestrians and cyclists. This is to apply “stricter standards” in terms of vehicle emissions and efficiency.

This also involves investing in energy-efficient housing and power plants. The WHO also recommends improving the management of industrial and municipal waste, but also reducing the incineration of agricultural waste, forest fires and certain agroforestry activities such as the production of charcoal.