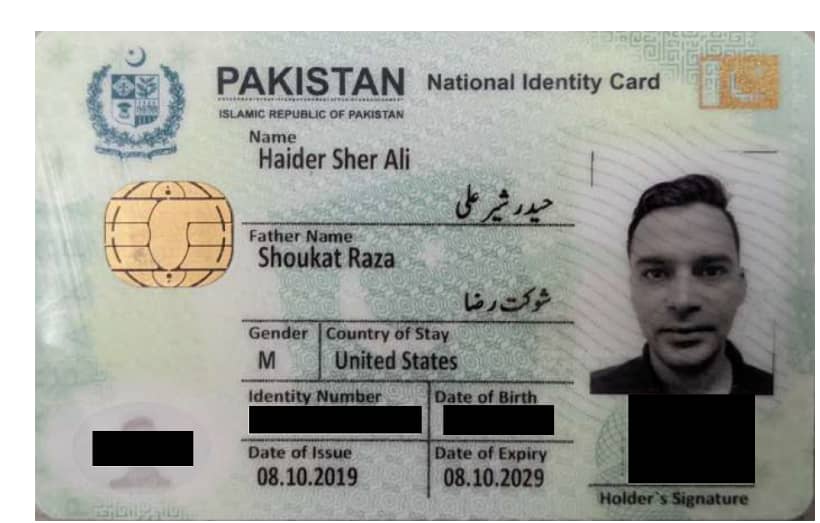 Filing in U.S. District Court in Washington, D.C., by the U.S. Attorney’s Office for the District of Columbia

Courtesy: U.S. Attorney’s Office for the District of Columbia

One of the men, Arian Taherzadeh, admitted after his arrest that he had impersonated a DHS agent, and had falsely identified himself to others as a former U.S. Army Ranger, prosecutors wrote in a filing in U.S. District Court in Washington, D.C, in advance of their detention hearing there Friday afternoon.

“This is not just two people dressing up for Halloween, your honor. This is very serious,” prosecutor Joshua Rothstein told Magistrate Judge G. Michael Harvey during that hearing.

“The scale of the compromise situation that they created is quite large,” Rothstein said. He noted at another point: “They tricked people whose job it is to be suspicious of others.”

Taherzadeh’s alleged efforts to destroy potential evidence on social media establishes him as a serious risk of obstructing justice, the prosecutor noted.

Harvey appeared skeptical of the government’s bid to have the men detained. He said that similar cases often include an element of extortion, adding, “I have not seen any evidence of demands” by the defendants.

Rothstein said the U.S. attorney’s office is continuing to gather evidence in the fast-moving case. “Every day the facts get worse and worse,” he said.

The judge ended the hearing without issuing a ruling, but asked the parties to reconvene Monday to answer more questions.

“This is a complicated case, never seen one quite like it, so unfortunately it’s going to take some time,” Harvey said.

The prosecutors alleged in a court document filed earlier Friday that the two men “had firearms, they had ammunition, they had body armor, they had tactical gear, they had surveillance equipment, and they were engaged in conduct that represented a serious threat to the community, compromised the operations of a federal law enforcement agency, and created a potential risk to national security.”

Taherzadeh, 40, also told authorities that his co-defendant in the case, 35-year-old Haider Ali, “funded most of their day-to-day operations” at the Crossing on First Street apartment complex, “but Taherzadeh did not know the source of the funds,” the filing says.

And “Taherzadeh stated that Ali had obtained the electronic access codes and a list of all of the tenants in the apartment complex,” which has hundreds of units, the filing said. Those access codes allow tenants to enter their apartments and the amenity areas, and operate elevators in the complex.

A spokesman for Tishman Speyer, the real estate giant that developed and owns the apartment complex, declined to comment.

Court filings also alleged that a Secret Service agent assigned to protect the White House had lived rent-free in an apartment provided by Taherzadeh that normally would rent for more than $48,000 annually.

In January, the landlord of Taherzadeh and Ali won a judgment for more than $222,000 in unpaid rent for the five apartments they lived in and loaned out to U.S. Secret Service agents, a court filing shows.

The U.S. Attorney’s Office for the District of Columbia said the mens’ impersonation of Department of Homeland Security agents went on “for years.”

Both men, who are U.S. citizens, “pose a danger to the community based on their use and possession of firearms and other weaponry in furtherance of their impersonation of federal law enforcement officers,” prosecutors wrote in the filing.

The filing also says that Ali’s travel in past years to Iran, Pakistan and Doha, Qatar, — as well as his claims to have connections to Pakistan’s intelligence agency — make him a flight risk.

“Ali obtained two 90-day visas from Iran and traveled there twice, not long before the charged activity began as early as February 2020,” prosecutors wrote.

The filing also notes that Taherzadeh in February 2020 applied for a concealed weapons permit, but “was denied due to his prior history of violence and instability,” which included two cases in which he was charged in 2013 with assaulting two women: his wife and his girlfriend.

That filing contains photos of handguns, ammunition, body armor brass knuckles, a fingerprint kit, lock-picking tools and a box of documents with profiles of various people that were seized Wednesday at the men’s apartments in a building in southeast Washington.

“In one document, an invoice for the defendants’ Chevrolet Impala, the customer information is listed as ‘Secret Service US’ with fake and fictitious names, such as the ‘authorizer name’ listed as ‘Fay Tate’ and the ‘driver name’ listed as ‘James Haider,’ an obvious variation on Haider Ali,” the filing says.

Prosecutors say that while they were claiming to be law enforcement agents involved in covert operations for DHS, “they compromised United States Secret Service (USSS) personnel involved in protective details and with access to the White House complex by lavishing gifts upon them, including rent-free living.”

The defendants maintained five apartments in the complex, two of which they lived in, according to the filing.

“Neither Defendant is even employed by the United States government,” prosecutors wrote.

“But their impersonation scheme was sufficiently realistic to convince other government employees, including law enforcement agents, of their false identities,” they added.

Four Secret Service personnel have been placed on leave as a result of the case.

The Secret Service has not said if any of the agents who were placed on leave was one agent assigned to Jill Biden’s protective detail. That agent was identified in a criminal complaint as being offered an AR-15-style assault rifle valued at $2,000 by Taherzadeh. He lived in an apartment below Taherzadeh in the same building, the complaint said.

The filing says that Taherzadeh pleaded guilty in September 2013 in a Virginia court to misdemeanor assault and battery of his wife.

He was separately arrested that month in Fairfax County, Va., and charged with assault and battery of his then-girlfriend, according to the filing. He was also charged about the same time for violating a protective order, the filing added.

“This conduct evidences an inability to abide by the law and conditions that the Court may impose,” prosecutors wrote, in asking the judge to hold the duo without bail.