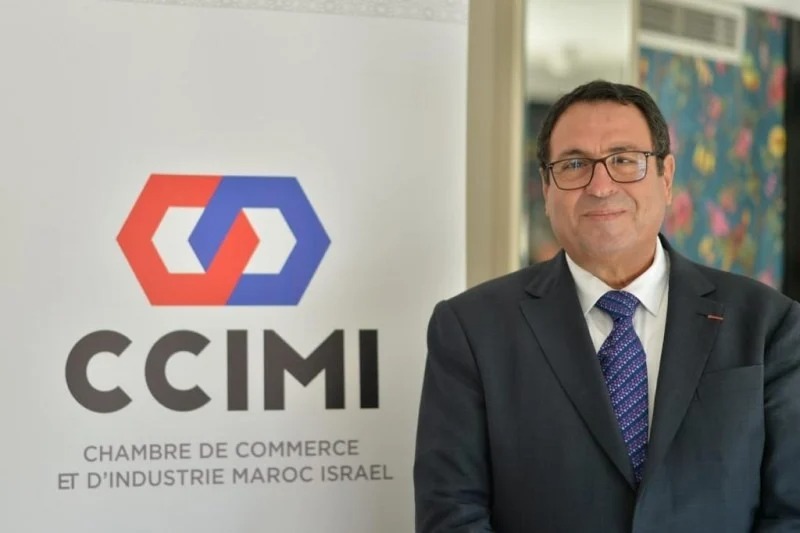 Launch of the Morocco-Israel Forum from Marrakech to Tel Aviv It’s at 33th floor of Tel Aviv’s oldest Shalom (Peace) Tower (127 meters tall and built in 1965) that Israeli and Moroccan business figures gathered this week for the launch of the important event between Morocco and Israel, the Morocco-Israel Investment Forum which will take place in Marrakech between May 17 and 19, 2022 and which will bring together 300 Moroccan and Israeli businessmen.

This is proof by nine that after the normalization of diplomatic relations between the two countries, the Israel-Morocco Chamber of Commerce (CCIM) is now a reality More than 75 participants were gathered, in a very warm atmosphere, on the occasion of the presentation “the best of Morocco” presented by the scholar and lover of Morocco, Shalom Marciano.

The virtuoso presented the event organized by the Israel-Morocco Chamber of Commerce, giving a very precise historical topo of Marrakech. The launching ceremony of the Morocco-Israel Investment Forum saw the participation of Moroccan personalities who traveled Casablanca-Tel-Aviv especially for this purpose. The speakers, each with their own enthusiasm, recalled, often very eloquently, the very good current quality of Israel-Morocco relations.

The Israel-Morocco Chamber of Commerce (ICCM) is an independent, non-profit, apolitical organization dedicated to promoting bilateral trade, investment and commercial relations between Israel and Morocco. Dr. Yehuda Lancry, ex-ambassador of Israel in France is the President of the CCIM. Dr. Daniel Rouach is the first Vice-President. The CCIM allows Moroccan companies to seize opportunities in several sectors such as agriculture, fish farming, water management, agri-food and others in which Israel has developed quality know-how.

Also, it provides a service of advice and practical information to Moroccan and Israeli companies.

Similarly, the CCIM organizes various networking events and provides support and assistance to business networks in Israel and Morocco with the aim of facilitating and accelerating trade and investment between the Kingdom and the Jewish State. . Services such as networking possibilities, professional contacts as well as the opportunity to appear in a panel of speakers during various events are also offered to members. The list of members of the board of directors and the program of activities will soon be unveiled and disseminated, it is said. Furthermore, the role of the Morocco-Israel Chamber of Commerce and Industry (CCIMI), which already has nearly 150 economic operators based in Morocco and which is chaired by Saïd Benryane, is therefore crucial.

He did not fail to recall it during the conference organized in Casablanca, in the presence of personalities from the business world who come from different sectors of the economy and who chair various commissions, and several media. “This is an excellent opportunity to meet representatives of the national media, present the members of the CCIMI’s board of directors, and also our action plan for the year 2022, which will revolve around four major events that will be held during the year 2022; two here in Morocco and two in IsraelSaid Said Benryane.

He also explained that the young chamber accompanies the new era in relations between Morocco and Israel and that it constitutes a bridge in the direction of rapprochement between the two countries. “We immediately felt a strong enthusiasm from operators in Casablanca and other cities.“, he continued.

As a reminder, it was last November that the CCIMI, created in the form of a non-profit association in accordance with Moroccan legislation, held the first Assembly which recorded its official constitution, and allowed to set up any the appropriate structure, including a board of directors made up of eleven people to ensure its proper functioning. “These eleven people are eminent representatives of the business community“Said Saïd Benryane. “We have new membership requests almost every day.observed Jonathan Levy, President of the Services Commission, assuring that the twin chamber of the CCIMI in Israel (The Israel-Morocco Chamber of Commerce and Industry), also arouses the same enthusiasm among Israeli operators who are very interested in partnerships with the kingdom.

The CCIMI will organize during this semester of 2022 networking events that will provide support to business networks in Israel and Morocco in order to accelerate exchanges and mark the start of the chamber’s actions dedicated to specific sectors such as renewable energies, agriculture and water, health and pharmaceuticals and manufacturing industries. “There will also be many cultural events, business missions, participation in forumsdetailed Saïd Benryane.