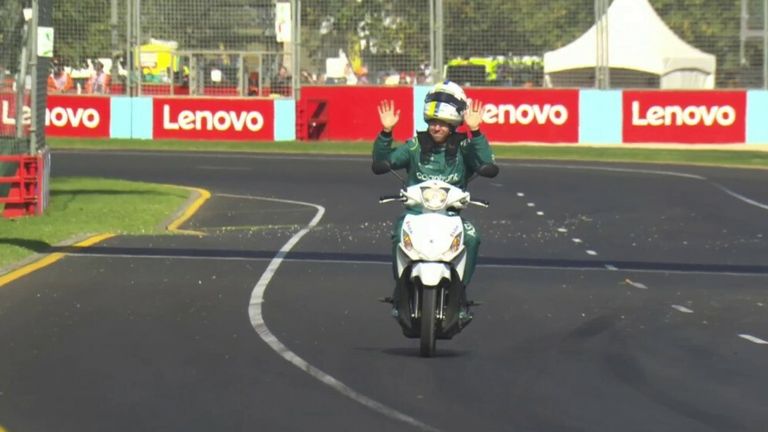 Sebastian Vettel has been fined 5,000 euros (£4,169) for ‘unauthorised use of a scooter on the track’; Leclerc finished on top in Practice Two, with Verstappen just behind; Watch Saturday qualifying live on Sky F1 at 7am 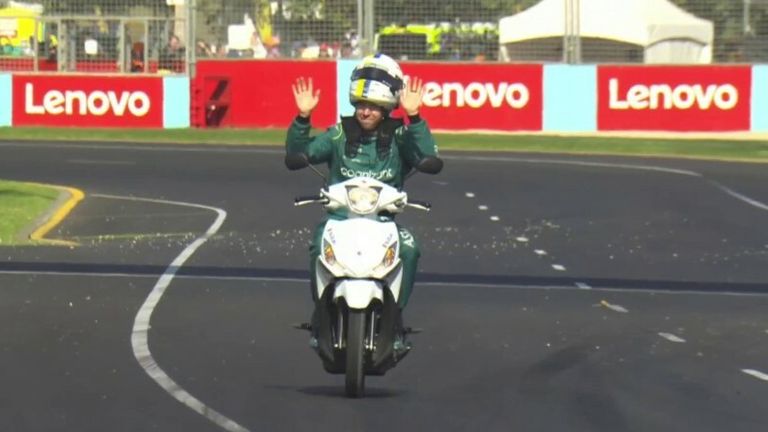 Sebastian Vettel has been fined 5,000 euros (£4,169) by the Australian GP stewards for riding a moped back to the pitlane after his Aston Martin suffered an engine failure.

Vettel had completed 18 laps in first practice when he had to take on the role of fireman, extinguishing the smoke coming out of the engine of his Aston Martin.

With the red flag shown, and Vettel comfortable that his car was safely off track, he hopped on a marshal’s scooter back to the pit lane, waving to a delighted crowd at Melbourne’s Albert Park.

However, following Vettel’s ride around the Albert Park circuit, he was reported to the officials for “entering the track without permission”, and then summoned to the stewards for “unauthorised use of a scooter on the track”. 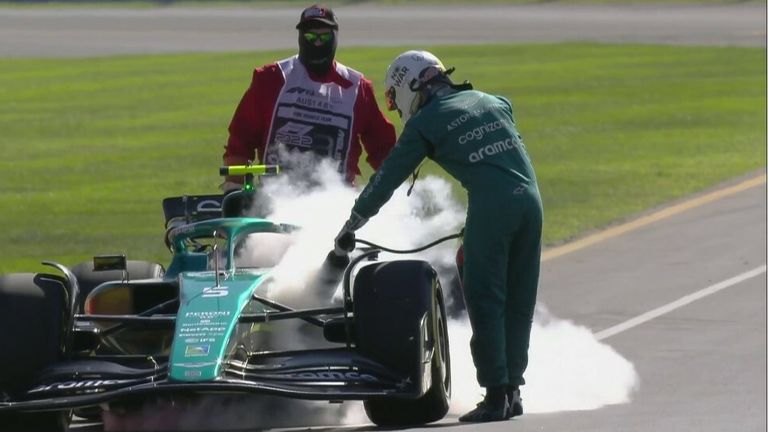 After meeting with the Aston Martin driver, the stewards determined that Vettel had breached Article 26.7 of the Formula 1 Sporting Regulations which “prohibits anyone being on the track in the five minute period after the end of a session, with the exception of specifically identified personnel, which makes no provision for drivers to have such access unless specifically authorized”.

It was deemed that Vettel’s ride around the Albert Park circuit, whilst the marshall was still awaiting instructions from Race Control, did not follow the designated route back to the pits and so was punishable with a 5,000 euro fine.

The four-time world champion missed the opening two races of the calendar with COVID-19, so was disappointed to not get in much track time at a newly updated Melbourne circuit.

Following the engine failure in FP1, the Aston Martin team were unable to fix the problem in time for FP2, with Saturday’s third practice the only real chance Vettel will get to feel out the revised Australian track.

“Obviously we had a problem and there was a bit of smoke and I lost power so we had to stop the car on track,” said Vettel.

“I did the best I could to limit the damage and get off the track as soon as possible.

“It stopped our running which was painful and unfortunately it lost us our whole session this afternoon.

“I haven’t been in the car for a while and plus this track is different. It will be fine tomorrow but it would have been nice to get more laps.

“It felt good to be back in the car, it felt how we left it in the Bahrain.

“Obviously some bits have changed since then but it is a different track so it was getting myself in a rhythm and getting myself used to the new layout and new tarmac here. 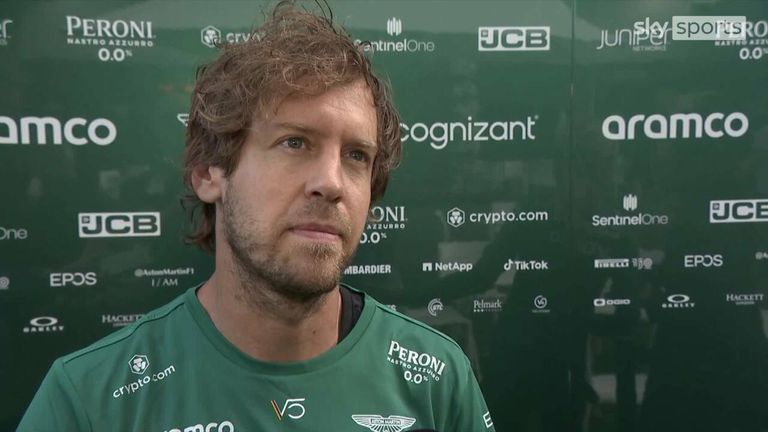 After watching Vettel’s reaction to a disappointing opening day of the Australian Grand Prix, Sky Sports Pundit Paul di Resta felt that the Aston Martin driver on display was a more unmotivated one than usual.

“I think he is probably thinking about the two Grand Prix’s he has missed, but I was just looking at that interview thinking he is not excited, he just looks disinterested,” said di Resta.

“I don’t know, that is just the impression I get. I have known Seb for a long time, we were teammates in 2006 and that is not his body language when you get the best out of him.”