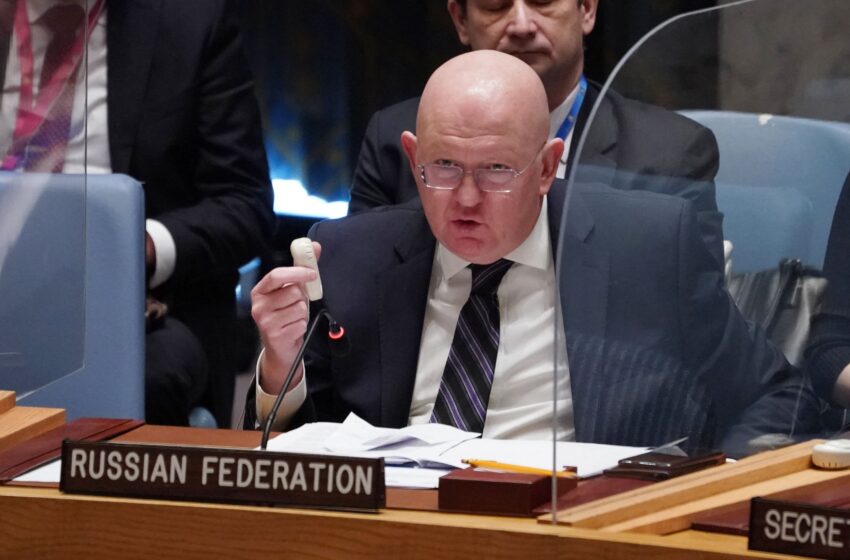 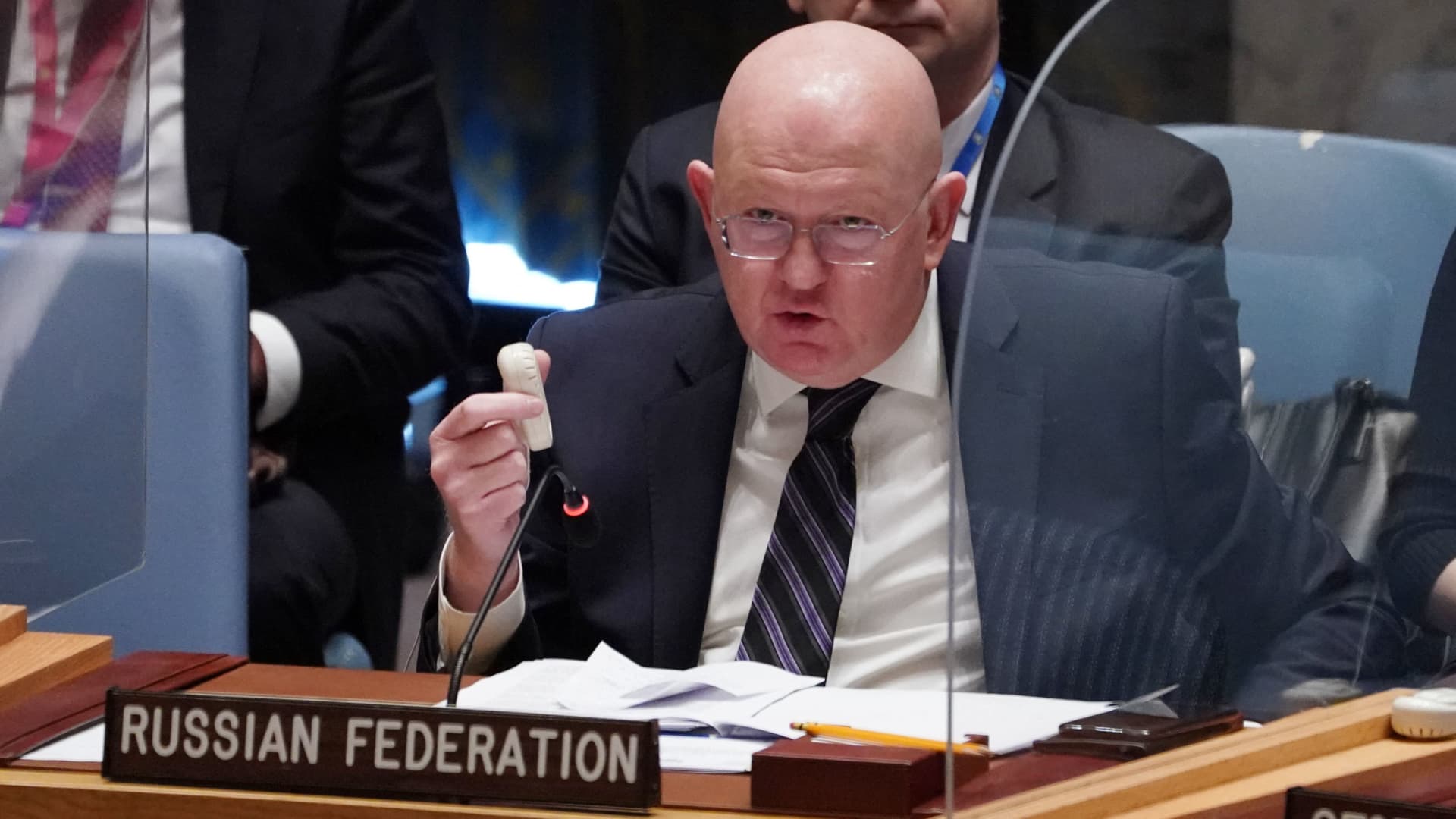 Russia’s UN Ambassador, Vassily Nebenzia, speaks at a meeting of the UN Security Council on threats to international peace and security, March 18, 2022, in New York.

WASHINGTON — The United Nations suspended Russia from its seat on the Human Rights Council on Thursday as the world calls out atrocities committed in Ukraine.

U.S. Ambassador to the United Nations Linda Thomas-Greenfield introduced the proposal earlier in the week following accusations that Russian troops tortured and killed Ukrainian civilians in Bucha, a suburb near Kyiv.

The bodies were discovered after Moscow withdrew its troops from Bucha. Ukrainian President Volodymyr Zelenskyy described the aftermath, which he saw firsthand on Monday, as a “genocide” and accused Russia of war crimes. The Kremlin has previously described its military actions in Ukraine as a “special operation” and has denied targeting civilians.

Thomas-Greenfield said Tuesday that Russia’s membership on the council hurts its credibility, “undermines the entire U.N. and it is just plain wrong.”

U.S. Ambassador to the U.N. Linda Thomas-Greenfield speaks during an emergency meeting of the United Nations Security Council after Russia’s invasion of Ukraine, in New York City, U.S., March 4, 2022.

The resolution to strip Russia of its seat on the Human Rights Council passed with 93 votes in favor, 24 against and 58 abstentions.

Members of the U.N. Human Rights Council, which are expected to uphold high human rights standards, are elected to serve for three years and are not eligible for immediate reelection after two consecutive terms.

Libya is the only country to be suspended from the 47-member Geneva-based council. The North African country was suspended in 2011 after a violent crackdown against protesters by forces loyal to then-leader Muammar Gaddafi.

Also on Tuesday, Zelenskyy called for a Nuremberg-style tribunal to investigate and prosecute Russian war crimes.

“The Russian military and those who gave them orders must be brought to justice immediately for war crimes in Ukraine,” he said in his nearly 20-minute speech before the United Nations Security Council.

Zelenskyy’s appearance before the international body followed Ukrainian claims that at least 300 civilians were tortured and killed in Bucha by Russian troops.

Over the weekend, the Russian invasion sparked renewed global outrage as horrific images emerged of bodies scattered across the streets, some with their hands tied and gunshot wounds to the back of the head.