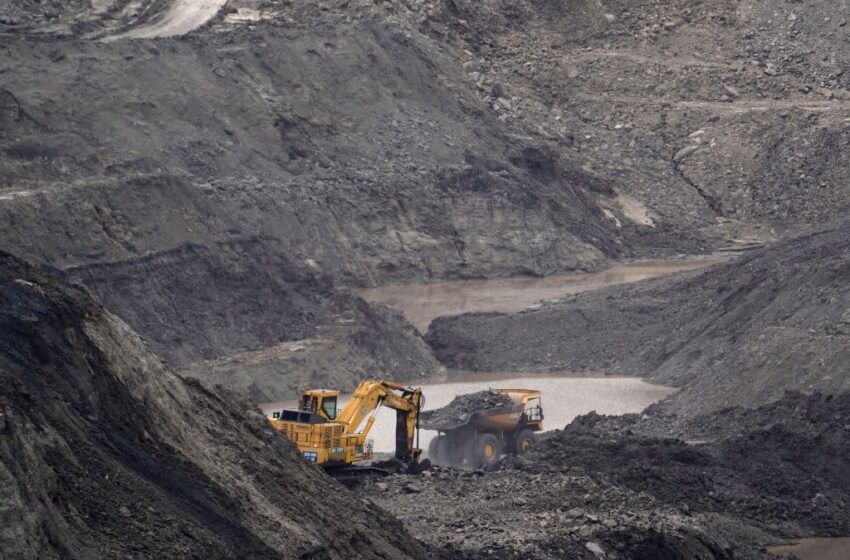 Turning nickel into EV batteries: Indonesia wants to take its mining industry to the next level

Indonesia is looking to revitalize its resource sector. President Jokowi Widodo has vowed to boost the resource sector’s contribution to national GDP by increasing downstream activities. In this photo taken in October 2021, an excavator is loading up coal onto a dump truck at a coal mine operated by PT Khotai Makmur Insan Abadi in Kutai Kartanegara, East Kalimantan, Indonesia.

Indonesia may be rich in mineral resources, but its mining sector contributes only a fraction to the country’s economy.

It’s something the country is looking to change.

The Southeast Asian nation boasts of natural deposits including tin, nickel, cobalt and bauxite — some of which are important raw materials for electric vehicle production.

Despite large exports, the mineral and coal sector alone contributed only 5% to Indonesia’s GDP in 2019, according to the Extractive Industries Transparency Initiatives.

To boost its economy, Indonesia wants to move away from exporting raw materials,to focus instead on developing its downstream industries.

President Jokowi Widodo has said: “Indonesia always exports raw materials, while it is better to process and consume them through downstream industry or domestically.”

As part of that plan, Indonesia banned the export of nickel ore in January 2020, and the government has pledged to the gradually stop exporting other raw materials too.

“I think we can reap many benefits of stopping nickel ore export,” Widodo said in late 2021. “Therefore, next year, we will stop raw materials export for bauxite ore, and next, gold and tin ores.”

The move downstream is expected to create jobs, increase profit margins for the sector, as well as cut down on carbon emissions.

“The impact is supposed to be positive, since value-added products potentially reduce coal mining companies’ financial performance at the risk of coal price volatility,” according to William Simadiputra, analyst at DBS Group Research.

Widodo has said Indonesians will eventually stand to benefit.

“Subsequently, it will create jobs … it will generate tax income for the country, and new business opportunities, for instance, domestic companies that will export nickel ore,” the president said.

Climbing up the value chain

Indonesia has set its sights on three key sectors for downstreaming: the mining and mineral industry, the coal and fuel industry, and the agroindustry.

According to Indonesia’s Investment Coordinating Board, BKPM, the country has the largest nickel reserve in the world and possesses 21 million tons of nickel.

“The Government is working on research regarding lithium-ion battery innovations and it is expected that within two to three years ahead we can produce lithium battery,” Widodo said in late 2020.

The Southeast Asian nation is also making a push for downstream coal projects, according to Simadiputra, who said coal mining companies receive royalties from the government when such projects succeed.

“Not only does it help ease the current global energy crisis, the country — a key exporter of thermal coal — also benefits from the high seaborne coal prices,” she told CNBC.

Indonesia’s coal production reached 564 million tonnes in 2020, according to the IEA. The country exported 405 million tonnes of coal in the same period — or 31.2 % of world’s coal exports that year.

Thermal coal is a key driver of Indonesia’s economy, Zhang said, adding that manufacturing, the country’s biggest GDP contributor at 26%, is also driven by coal power.

Indonesia — the fourth largest LPG importer in Asia — plans to “reduce dependence on costly LPG imports which took up Rupiah 50.6 trillion ($3.6 billion) in subsidies,” according to S&P Global.

This will help reduce annual LPG imports by 1 million tonnes, according to Simadiputra.

“Downstream activities will help to detach Indonesia from energy imports such as LPG. We expect lower energy imports to positively impact Indonesia’s trade balance, especially amid the current trend of high energy prices,” the analyst said.

The Southeast Asian country also stands to benefit from the overall trend of clean and renewable energy too, said Zhang from Wood Mackenzie.

In fact, Indonesia has the potential to become a leader in decarbonization too, she added.

For example, Indonesia could establish itself as a regional authority in decarbonization by demonstrating large-scale carbon capture utilization and storage, or CCUS — a technology that captures carbon dioxide from industrial users of fossil fuels and compresses it so that it can be transported or stored for other uses.

“Indonesia is also a key resource base for electric vehicle raw materials such as nickel,” said Zhang. “Its production outlook will drive the pace and scale of decarbonizing the transportation sector internationally.”

Still, some challenges remain and will have to be addressed before value-added downstream efforts can be ramped up, analysts said.

For instance, dimethyl-ether is considered a new type of biofuel with a small market, which makes it expensive compared to fossil fuels.

“Support from the central government on replacing existing LPG with DME is crucial, and it needs strong coordination between multi-stakeholders to ensure a smooth transition ahead,” according to Simadiputra.

Bukit Asam’s partnership with Pertamina and Air Products “is a good start in our view,” he said, pointing out that Pertamina is Indonesia’s largest LPG distributor.

Zhang said that government funding and policies are needed to ensure Indonesia’s resource sector is ready for a carbon-free future. For instance, the government could provide funding for upskilling and retraining in decarbonization technologies, she added.

But that’s assuming the world is still on track to meet its decarbonization targets of at least 43% reduction in greenhouse emissions by 2030, said Zhang, who pointed out that energy security concerns have surged as a result of the war in Ukraine which may derail plans to retire coal for good.

This is particularly true for developing nations, as coal continues to be a cheap source of energy for them, she noted.