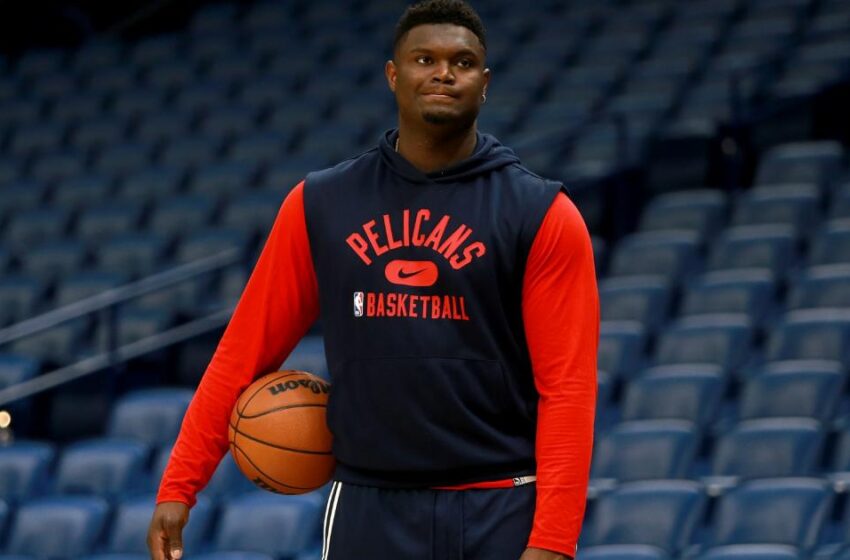 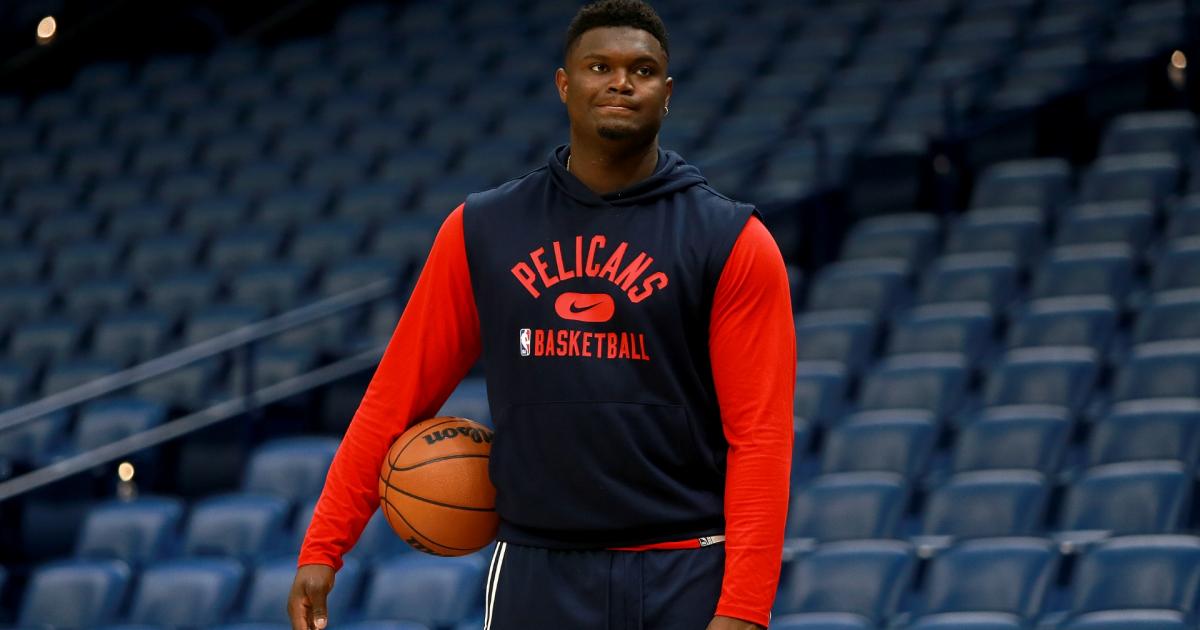 Zion Williamson is still out of action for the Pelicans as he recovers from a right foot injury, but he’s taking steps in the right direction to potentially make a return this season.

Williamson had been rehabbing in Oregon with a former LSU strength coach, but he recently rejoined the team and was cleared to progress in basketball activities.

Pelicans’ Zion Williamson is returning to New Orleans after spending time in Portland for his foot rehab, sources tell me and @WillGuillory. Williamson is cleared to progress in basketball activities. Pelicans have won four straight games and are in playoff race.

Williamson has yet to suit up for New Orleans so far this season as he recovers from offseason foot surgery.

The team originally announced on Nov. 26 that he has been cleared to participate in full team activities, but days later, he was shut down from basketball activities once again. On Dec. 16, the Pelicans announced that Williamson would be re-evaluated in four-to-six weeks after receiving an injection in his right foot.

The Pelicans provided an update on Jan. 5 that Williamson was continuing his rehab on his injured foot away from the team.

“As you can imagine, this has been a very difficult process for me,” Williamson said in a statement. “I know there’s work to be done in my recovery before I can safely return to the court, but I will continue to put in the time necessary so I can get back on the floor with my team and represent Pelicans fans and the city of New Orleans at the highest level.

“Zion continues to progress well anecdotally at least. He feels very good,” Griffin mentioned. “We hope that towards the end of next week or beginning of the following, we’ll have some imaging done and have a better update.”

What’s next for Williamson? Here’s everything we know about his injury and the latest news on when he may return to the court.

It was revealed during the team’s media day that Williamson underwent surgery to repair a fractured right foot during the offseason. Williamson is said to have suffered the injury prior to the start of the 2021 NBA Summer League.

The Pelicans were initially hopeful that his timeline would “get him back on the court in time for the regular season.”

When could Zion Williamson return from injury?

On March 5, Williamson returned to New Orleans with the team and was cleared to progress in basketball activities.

On April 5, his stepfather said that he still expects the one-time All-Star to play.

“I expect him to play,” Lee Anderson said.

“Do I expect him to play? Certainly I do. That’s on me, though. That’s purely me. I don’t think there’s anything else that would hinder him from doing that right now.”

The No. 1 pick in the 2019 NBA Draft, Williamson was limited to 24 games in his rookie season after he underwent surgery to repair a torn right lateral meniscus.

Williamson appeared in 61 of a possible 72 games in his sophomore season and earned the first All-Star selection of his career with averages of 27.0 points, 7.2 rebounds and 3.7 assists per game. He missed the last seven games of the season with a fractured left ring finger.