The MVP case for Nikola Jokic without any advanced stats: Why he is SN’s NBA Player of the Year 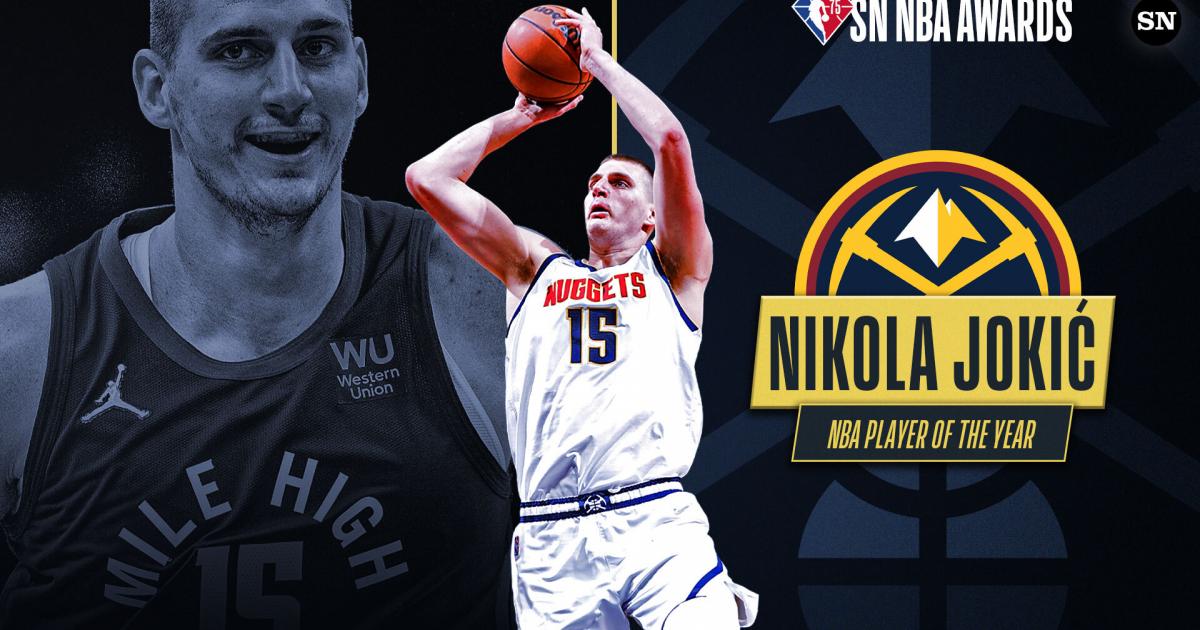 There have been three historic seasons produced by Nikola Jokic, Joel Embiid, and Giannis Antetokounmpo this year. All three would be fine choices for the Sporting News NBA Player of the Year. But we’ve gone with Jokic for the award, much to the chagrin of Sixers and Bucks fans.

The best player discussion has taken strange twists and turns this year, evolving into one of the most heated and divisive awards debates in recent memory. Somewhere along the way, Jokic voters became classified as nerds that only see the game through a spreadsheet.

What’s missing from this argument is that Jokic doesn’t need the backing of advanced statistics to win the award. Sure, he’s an alphabet soup stud that stands out in all of the acronym-laden metrics. But he’s also been the best player in the league via eye test. Here’s the real hooper argument for Jokic.

The first place that you have to start with Jokic this year is with his incredible passing. There’s no advanced stat that could even begin to quantify how amazing some of his passes are. It took Jokic exactly two games into the season to throw one that no other player could come close to matching.

Nobody knew anything about this Jokic pass pic.twitter.com/bF8JNOuiNy

Jokic makes reads like this so regularly that the highlight above didn’t even make our top five best passes of his season.

There has never been a big man that has come even close to approaching the creativity with which Jokic finds teammates. He’s needed to, because the team that the Nuggets have fielded en-route to their 48 wins has been bereft of scoring talent. Aaron Gordon, averaging 15 points per game, is the only other Nugget besides Jokic in the top 65 in the league in scoring.

Jokic’s passing was even more dangerous because teams also had to respect his scoring. He was the league’s MVP last season while averaging 26.4 points per game. He’s upped his scoring average this year to 27.1 points per game, the sixth-highest mark in the league.

There is no weak point in Jokic’s offensive repertoire. He’s a bear in the post that will maul his defender every time if teams don’t send a double. He’s also a capable shooter from outside. His signature move from midrange, the Sombor Shuffle, has the best name in the league.

Make sure to tell the casuals that it’s called the Sombor Shuffle pic.twitter.com/viifu3uny6

Average out every MVP in league history and you get 26.0 points per game. His raw scoring alone is on par with MVPs of the past and greater than several MVP seasons put forth by Kareem Abdul-Jabbar, Tim Duncan, Dirk Nowitzki, Moses Malone and Wilt Chamberlain to name a few.

The argument against Jokic has generally focused on his lack of impact defensively. That no longer carries much weight. He’s improved a ton this year. He doesn’t look like a traditional good defender, but the objective is to stop the ball from going in the hoop. He does that in unconventional ways.

Jokic isn’t a top-tier athlete like Defensive Player of the Year candidates Antetokoumnpo and Embiid. He doesn’t high-point the ball for flashy rejections into the third row. But his steals and blocks are still very effective. He has great hands and awareness, which allows him to make plays on the ball early because he knows where offenses are headed. He also steps up in the big moments defensively. He’s had three game-saving blocks this season.

MORE: Fighting the Narrative: Nikola Jokic is not a bad defender

Embiid and Antetokoumnpo have also had terrific years. But imagine swapping Gordon and Jeff Green with James Harden and Tyrese Maxey, or Jrue Holiday and Khris Middleton. The Bucks and Sixers both finished with 51 wins, three more than Jokic’s Nuggets.

They also had way more talent on their rosters and it isn’t particularly close.

He’s been the best offensive player in the league, and his defense has been solidly above-average this season. He’s taken a Nuggets team that would be in the lottery without him into the playoffs with 48 wins.

He’s also been electrifying to watch for the league-pass junkies that have tuned in to his games. He’s a basketball savant, and you never know what he’s going to do with the ball next. He’s making history every night, both from a box score perspective and in completing passes so audacious that no one before him has even thought to throw them.

That’s enough to get him the award over two other outstanding candidates.

Yes, the advanced metrics certainly support Jokic’s awards candidacy. But make no mistake, his qualifications stand on their own merit and would be just as valid in 1982, 1992, 2002 or even 2012 as they are in 2022.

Will he win the 2022 MVP? Only time will tell. But congratulations to The Sporting News’ NBA Player of the Year.