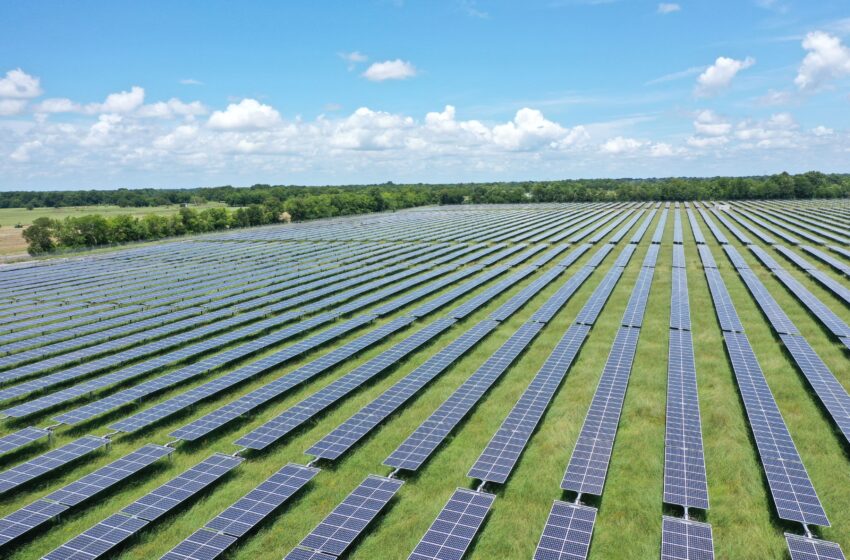 Tesla, Block and Blockstream team up to mine bitcoin off solar power in Texas

Solar panels are seen in this drone photo at the Impact solar facility in Deport, Texas, July 15, 2021.

MIAMI — Blockstream and Jack Dorsey’s Block, formerly Square, are breaking ground on a solar- and battery-powered bitcoin mine in Texas that uses solar and storage technology from Tesla.

Blockstream co-founder and CEO Adam Back, a British cryptographer and a member of the “cypherpunk” crew, told CNBC on the sidelines of the Bitcoin 2022 conference in Miami that the mining facility is designed to be a proof of concept for 100% renewable energy bitcoin mining at scale.

“People like to debate about the different factors to do with bitcoin mining. We figured, let’s just prove it. Have an open dashboard so people can play along, maybe it can inform other players to participate,” Back said.

The dashboard will be publicly accessible and show real-time metrics of the project’s performance, including power output and total bitcoin mined. The company said a later version of the dashboard will also include solar and storage performance data points.

“This is a step to proving our thesis that bitcoin mining can fund zero-emission power infrastructure and build economic growth for the future,” Back said.

Improving the economics of renewables

West Texas is a mecca of renewable energy in the United States.

“You get this perfect overlap with both sun quality and wind speed in West Texas,” said Shaun Connell, executive vice president of power at Houston-based tech company Lancium.

But a lot of that wind and solar power is concentrated in remote parts of the state. With no financial incentive, there’s little reason to build out renewable infrastructure to harness this energy.

Enter bitcoin miners. When these energy buyers co-locate with renewables, it creates a financial incentive for buildout and improves the core economics of renewable power production, which has been fraught with volatility.

The constraint is that West Texas has roughly 34 gigawatts of power, five gigawatts of demand, and only 12 gigawatts of transmission. You can think of bitcoin miners as temporary buyers who keep the energy assets operational until the grid is able to fully absorb them.

Back said the off-grid mine, expected to be completed later this year, highlights another key tenet of the bitcoin network: Miners are location agnostic and can “do it from anywhere without local infrastructure.”

Should the project prove profitable in its pilot stage, Back said, the companies would add wind power to the mix and scale the entire project.

“You’re making a sort of calculation of the optimal economic mix between solar and battery,” Back said. “There’s 3.8 megawatts of solar and one megawatt of mining, so you can see you have to overprovision, because the peak solar input varies during the day and, of course, it’s not there at night.”

Adding wind to the mix, however, would reduce overall costs and help to balance out the downtime with solar.

Ultimately, Blockstream said, a key goal is to strengthen the bitcoin network by diversifying the cryptocurrency’s energy sources.