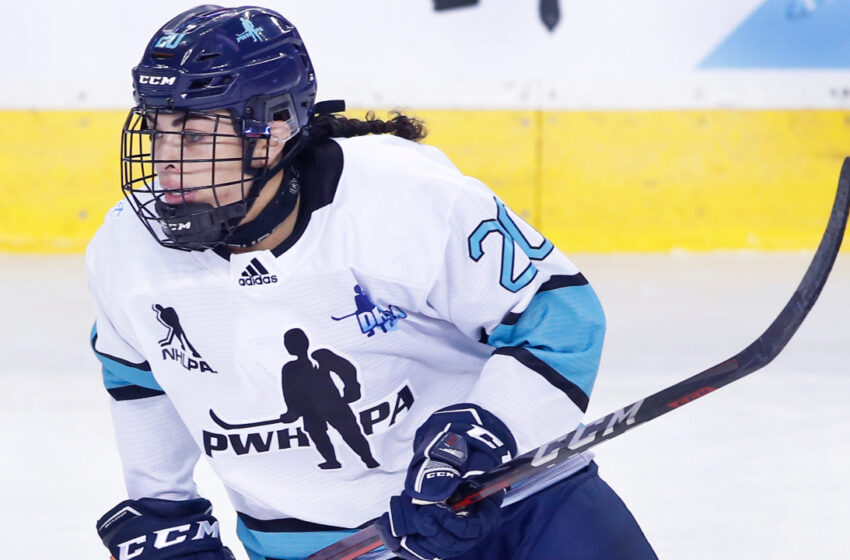 Reports: PWHPA to end discussions with PHF for potential league

The Professional Women’s Hockey Players Association has ended discussions going further with the Premier Hockey Federation to collaborate on a league according to reports from The Athletic’s Hailey Salvian.

The PWHPA has reportedly unanimously voted to end talks with the PHF, formerly known as the National Women’s Hockey League. The association representing all of Canada’s and the United States’ Olympic teams will still move forward with their plan to create a professional women’s hockey league.

The NHL has been made aware of the situation, Salvian reported.

Jeff Marek reported back in March that the NHL had asked both organizations to meet and agree to a potential merger. Both sides met with NHL commissioner Gary Bettman last month, the details were not made public.

The PHF announced the details of its board of governors’ investment back in January. The are set to invest $25 million with $7.5 million directed toward the upcoming 2022-23 season. The league’s salary cap will rise 150 per cent, from $300,000 to $750,000. Players will receive full healthcare benefits as well as a 10 per cent equity in their teams.

The PHF wrapped up its season with a playoff series played in Tampa, Florida where the Boston Pride lifted the Isobel Cup back on Mar. 28. On their end, the PWHPA concluded their Dream Gap Tour in Montreal on Apr. 3.