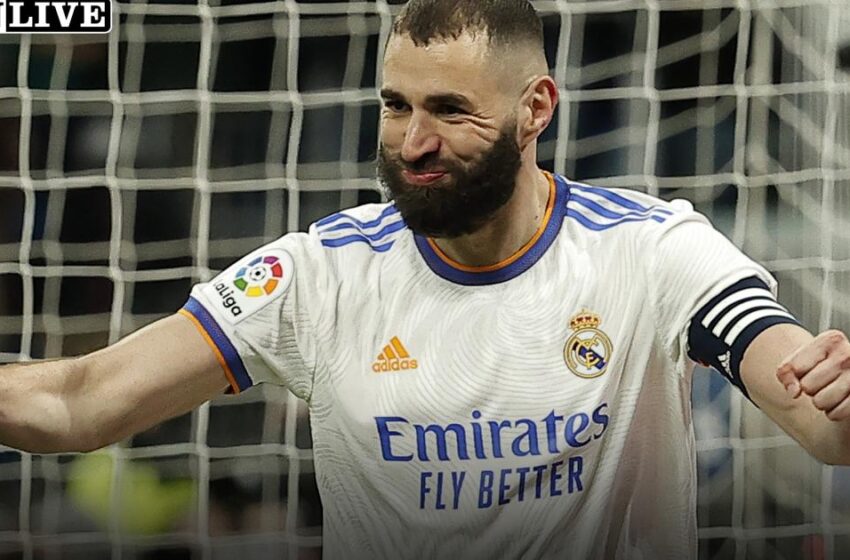 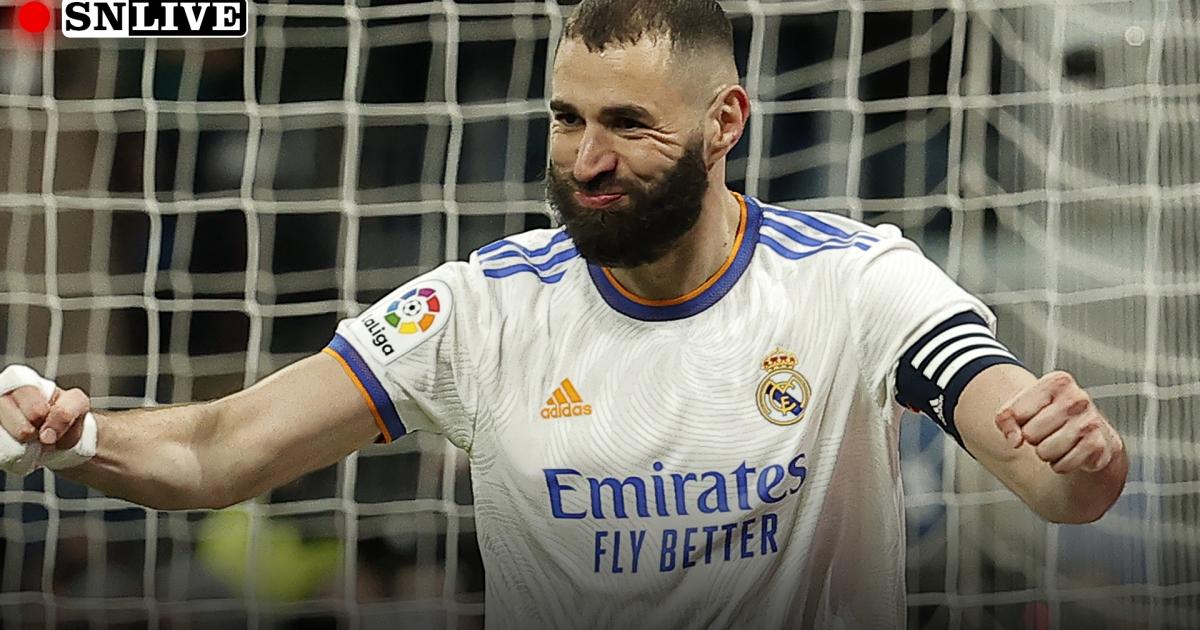 Real Madrid logged the perfect tuneup for Tuesday’s upcoming Champions League quarterfinal second leg, brushing off Getafe 2-0 in La Liga. Los Merengues stretched their lead at the top of La Liga while resting four starters ahead of the match.

Casemiro opened the scoring seven minutes before halftime on a diving header served up by a delicious outside-the-boot cross from Vinicius Jr. Real Madrid didn’t take its foot off the pedal after the break, probing the Getafe defensive block until right bac Lucas Vazquez and right winger Rodrygo combined for the second by Vazquez.

The victory gives Real Madrid a 12-point lead in the La Liga table over second-place Sevilla with just seven matches left to play. The next league match on Sunday, April 17 will see Sevilla hosting Real Madrid with a final chance to make the race somewhat interesting. Barcelona will be an interested observer since it has games in hand and could make a late improbable run.

But all eyes for Real Madrid fans will be focused on Tuesday’s Champions League quarterfinal second leg against Chelsea. Carlo Ancelotti’s men will have a 3-1 aggregate-goal lead entering the match after a memorable victory in London’s Stamford Bridge. Should it advance to the semis, it would meet either Manchester City or rivals Atletico Madrid in the semifinals of that tournament.

86th min. SUBS — Nacho is in for David Alaba and Maksimovic comes off for Getafe with Yokuslu replacing him.

83rd min. SUB — Marco Asensio comes on for Vinicius Jr. who gets a standing ovation from the Bernabeu. Another great showing for the young Brazilian.

74th min. SUBS — Gareth Bale and Dani Ceballos on for Real Madrid (Casemiro and Benzema out), but Bale is given the whistling treatment from the fans.

MisterChip says it’s been two years that he hasn’t played at the Bernabeu and he has a smirk at the reception.

71st min. Militao header on a corner. And Real Madrid is getting ready to bring on Gareth Bale.

68th min. Second goal for Real Madrid and it’s well-worked by the right flank of the team. Right back Lucas Vazquez with the give-and-go with right winger Rodrygo and Vazquez puts it on his left to fire home.

Watch it in the USA:

58th min. Marcelo still staying busy in the attack. A run into the box and a shot that’s off the mark. A strong game so far from the Brazilian left back.

50th min. Getafe chance. On a corner it’s Uruguayan left back Mathias Olivera with a header, but he wasn’t even looking and it was more of a hopeful deflection. Getafe will have to take more risks here.

46th min. Second half is underway and Getafe make two subs: Sandro and Oscar are in for Borja Mayoral and Alena. Real Madrid come out with the same starting XI.

Halftime: This one went as you would have imagined. Real Madrid doing more to break down Getafe and the visitors putting all 11 men in their own half and waiting for an opportunity.

Eventually Real Madrid needed a moment of magic and it came with an exquisite outside-the-foot cross by Vinicius Jr. for a Casemiro diving header. Getafe had two incursions to speak of — neither really threatened — but the result is reflective of the way that half played out.

44th min.: Yellow card to Casemiro for protesting a hand ball that was not called. And he’ll miss the next match against Sevilla.

43rd min.: Marcelo showing up again just outside the box and his shot is deflected for a corner. Vinicius is staying wide left, while Marcelo is taking up the inside channel.

38th min.: Goal Real Madrid! Sensational cross by Vinicius Jr. and Casemiro with the header after the ball got past Benzema. Casemiro loves those ghosting runs.

Watch it in the USA:

Casemiro scores his first LaLiga goal of the season! 🙌 pic.twitter.com/n1T0xw4k1Q

35th min.: Getafe’s Borja Mayoral goes down in the box, but there’s no foul on the challenge by David Alaba. The match is opening up a bit minutes from halftime.

31st min.: What a move by Enes Unal in the corner with a back heel pass to a teammate who’s chopped down. But Getafe can’t take advantage of the free kick to the left of the area.

20th min.: Here’s one way to break down Getafe — with a creative burst from one of its stars. Vinicius Jr. pulls off a nutmeg, but his shot is stopped by Soria.

* Highlight below for U.S. audience:

19th min.: Now it’s Federico Valverde with the effort and Soria is up to it again. It’s now a question of when one of these shots is going to find a way through. Getafe is not making it easy.

15th min.: The other Real Madrid fullback is also involved in the attack. But right back Lucas Vazquez does not hit the target and gets side netting. It’s one-way traffic so far. No surprise there.

8th min.: Marcelo with a blast from distance, but it was right toward the middle of the goal and Getafe ‘keeper Soria makes the stop.

4th min.: Karim Benzema scores! But he’s ruled offside. He was ahead of the ball on a touch from right winger Rodrygo after a ball over the top sent them through. Expect to see Real Madrid employ that tactic often today.

1st min.: We’re off in Madrid for this derby match.

55 mins to K/O:  Here’s what Getafe is up against on its visit to the Bernabeu.

12 – Real Madrid have won their last 12 LaLiga home games against Getafe, their longest current streak of consecutive home wins against the same opponent in the competition. Unstoppable. pic.twitter.com/vjTxcu4RUu

Manager Carlo Ancelotti rotates his squad with Toni Kroos, Luka Modric and fullbacks Ferland Mendy and Dani Carvajal all getting breaks.Three members of that group will be watching from the bench as Marcelo, Lucas Vazquez, Eduardo Camavinga and Federico Valverde fill in.

Getafe manager Quique Sanchez Flores will see if the same formula used in the first match at home can work against Real Madrid a second time. It’s a five-man backline and three midfielders behind forwards Enes Unal and Borja Mayoral, who will need to come up with a moment of magic. Unal, who has 14 La Liga goals this season, has 10 of them in his last 13 La Liga matches.

How to watch Real Madrid vs. Getafe

UK: The match will be available in the UK on La Liga TV and streaming on Amazon Prime.

USA: In the USA, all La Liga matches are streamed on ESPN+.

Canada: TSN has La Liga rights in Canada and the match will be streamed on TSN’s streaming platform TSN Direct.

Australia: Every La Liga game is televised on beIN Sports in Australia.