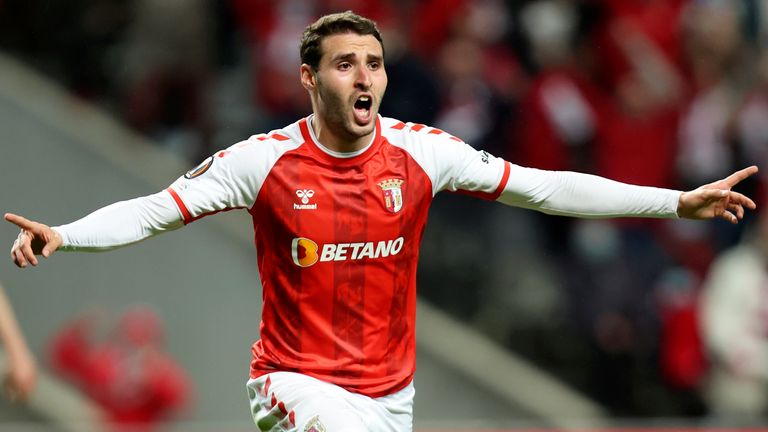 Rangers struggled to threaten in front of goal as they lost their Europa League quarter-final first-leg tie 1-0 against Braga, leaving them with it all to do at Ibrox if they are to reach the last four of the competition.

The visitors had the first chance of the game after just five minutes. Ryan Kent went through one on one with the goalkeeper after a lovely chip from Scott Arfield, but a poor touch let him down.

Fashion Sakala then tried to sweep in the rebound but his tame effort was easily saved.

Braga slowly grew into the game and Ricardo Horta saw his effort crash off the post as the hosts carved out an excellent opportunity.

Andre Horta then had the ball in the net soon after, but once again VAR helped Rangers in Europe this season with the goal rightly disallowed for a foul on Ryan Jack in the build-up.

Sakala should have then made it advantage Rangers soon after but his left-footed effort flew well over the bar.

Braga did take the lead five minutes before the break, Leon Balogun’s scuffed clearance allowed Abel Ruiz to fire past Allan McGregor on the goalkeeper’s 100th European appearance for Rangers.

Alfredo Morelos has been ruled out for the rest of the season and his absence was clear once again as the Ibrox side showed very little threat up front.

Giovanni van Bronckhorst make a triple change just after the hour mark with Borna Barisic, Joe Aribo and Kemar Roofe coming on for Balogun, Jack and Sakala as he looked for some more attacking threat.

James Tavernier’s corner kick then found Connor Goldson in the box but the defender headed past the far post.

The Ibrox side continued to search for an equaliser as Roofe smashed a shot over the bar from Arfield’s cross and Calvin Bassey had a shot blocked by the Braga defence.

Goldson then saw his effort cleared as the match headed into injury time leaving Rangers with a one-goal deficit to overturn when the Portuguese side visit Ibrox for the return leg in seven days’ time. 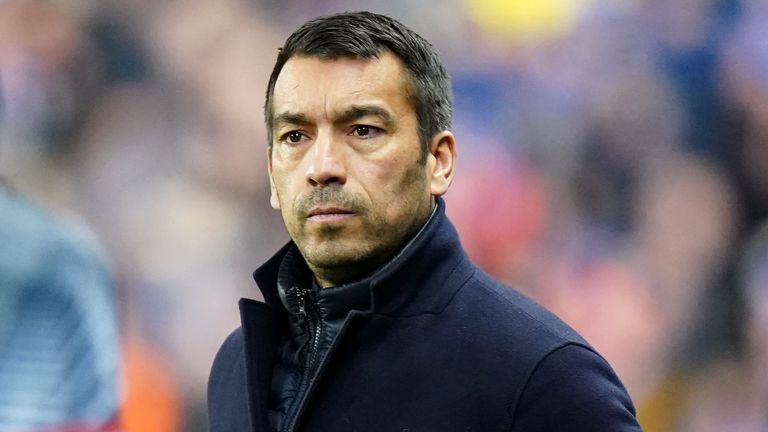 Rangers boss Giovanni Van Bronckhorst admits the result against Braga could have been better but remains confident his team can turn the tie around at Ibrox.

Giovanni Van Bronckhorst hopes Rangers can use Ibrox to take them into the Europa League semi-final following their 1-0 defeat by Braga in Portugal.

“Of course we’re only halfway,” he said. “We always want a good result to take back to the second game.

“That’s what we wanted but you know a 1-0 defeat is quite a small margin. We’re only halfway so next week we have a big game. We know what’s ahead of us and we will prepare well.

“The performance at times today was good. We created some chances but you all saw the quality they have. It’s a quarter-final so you’re going to face an opponent who is also strong.

“But we’re coming back with one goal difference. It could have been better but it could also have been worse. We’ve got a much better view of their team so we’re going to prepare well for next week.

“We know what the task is. It is the final game of this tie and I know at home, with the crowd behind us as always, that we can give a good performance.

“We lost 2-1 against Red Star away, but in the home game we made the difference. We have to do the same now again.”

Arfield: We have to cope without Alfredo

Rangers midfielder Scott Arfield admits they struggled without the attacking threat of Alfredo Morelos, but they all have to adapt after the striker was ruled out for the rest of the season.

“He’s a big player for us but it’s up to other players to come in and take their chances,” he told BT Sport.

“I thought Fashion worked tirelessly tonight in a game without any clear-cut chances. There was a half-chance in the first half.

“But I think everybody needs to adapt, he is a big miss for us no doubt. It’s all about us playing to our strengths. It was a bit different, a bit different to the last four games we’ve played.

“The first half felt like a basketball game, with both sides trying to win it. Second half we got more up against them, made it more difficult, without having any real clear cut chances.

“But we take it back to Ibrox, we are only one behind here and we feel as if we can win this game.”

What’s next for Rangers?