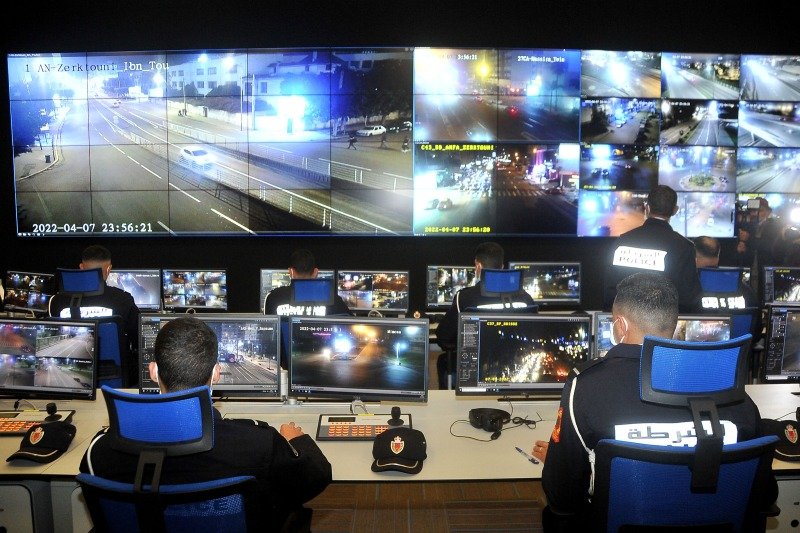 Police headquarters in Casablanca: Inauguration of the central command and coordination post

The central command and coordination post, an integrated structure aimed at the management of road safety, the development of emergency police actions and the integration of technology in urban control via cameras, was inaugurated on Thursday evening at the headquarters of the police headquarters of Casablanca.

This building, inaugurated during a ceremony chaired by the Prefect of Police of Casablanca, Abdellah El Ouardi, aims to consolidate several crucial and vital security operations in a single building.

The new structure is distinguished by both modern architecture and technical and functional criteria capable of supporting the level of development reached by the police services, in particular the management of the camera control system in the Casablanca metropolis.

The central command and coordination post also aims to support the fluidity of transport and traffic within this economic and urban hub, and to be able to both respond to emergency calls on line 19 and manage police interventions on public roads within the framework of a unified and integrated computerized and operational space.

In a statement to the press, the chief of staff of the urban corps of Casablanca, Rachid Mizhar stressed that this four-storey security structure, which King Mohammed VI was kind enough to lay the first stone, includes a multifunction room where several police units take turns 24/24 and 7/7 to receive emergency calls from citizens via line 19.

The post includes a modern and integrated communication room for monitoring and guiding interventions in the field by the various police units under the prefecture of Casablanca, he added, noting that the role of the post consists mainly of manage traffic fluidity, road safety, emergency police and the control system of the urban perimeter of the city of Casablanca.

And Mizhar underlined that the control system consists of a wall of screens (40 screens) linked to a network of 210 high definition control cameras, noting that the number of cameras will soon increase to nearly 650.

This integrated security structure translates the common approach to security, given that this building was created thanks to the contribution of several local authorities such as the council of the Casablanca-Settat region, the council of the city of Casablanca, and Casablanca transportation.