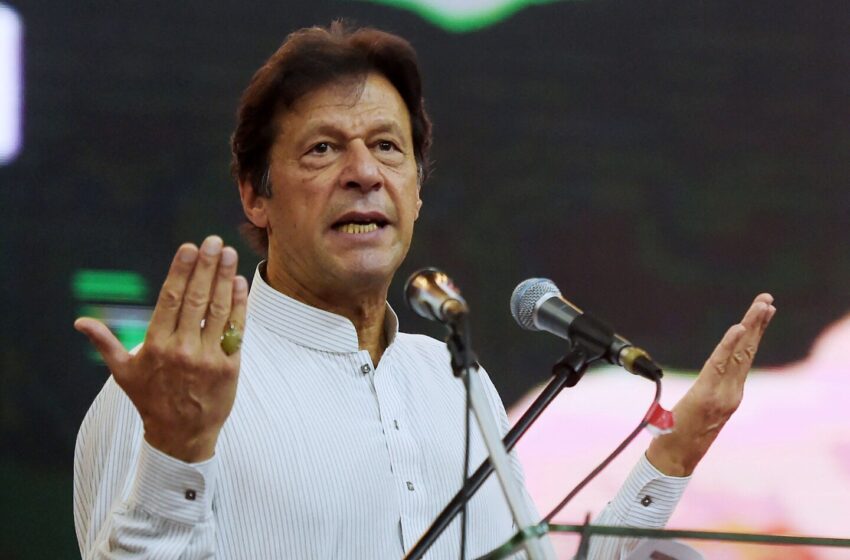 ISLAMABAD, PAKISTAN — Pakistanis woke up Sunday feeling whiplashed by a political crisis that had barely been averted. While relieved at the peaceful ending to a chaotic struggle over removing their prime minister, they likely face more partisan confrontation and economic free fall.

The humiliating but legal ouster of Prime Minister Imran Khan, 69, by a vote of no confidence in the parliament abruptly ended the rule of a towering but flawed figure — who had championed change and reform but never managed to deliver them and then descended into recrimination and chicanery in an eleventh-hour effort to avoid defeat.

“I feel a tragic sense of loss,” said Rifaat Hussain, a professor of political and policy studies at Pakistan’s National University of Sciences and Technology. He and his family voted for Khan in 2018, Hussain said, but grew disillusioned by what they saw as Khan’s domineering behavior and scorched-earth tactics to cling to power.

“Imran felt he was above the law and the constitution. He was a famous sportsman but he refused to accept defeat gracefully,” Hussain said, referring to Khan’s cricket stardom some 35 years ago. “He spoke of creating a true democracy and an ideal society, but instead his major legacy was to leave society divided and the economy in ruins. It is deeply disappointing.”

Khan rose on promises that he would tackle the power and corruption of Pakistan’s wealthy political elites, a theme that drew strong support for his election in 2018 from younger, educated and middle-class Pakistanis.

That support was still evident Sunday night, when Khan, the charismatic former captain of Pakistan’s national cricket team, had called for rallies after he was removed from office. By 10 p.m., large enthusiastic crowds had gathered in three major cities — Lahore, Rawalpindi and Karachi — and smaller ones across the country. Televised footage showed thousands of people mingling in city plazas, dancing, clapping and chanting, “Who will save Pakistan? Imran Khan, Imran Khan.”

Khan did not appear in person at any rally, but he sent out a stream of exhilarated tweets as they continued to spread. “Never have such crowds come out so spontaneously and in such numbers in our history, rejecting the imported govt led by crooks,” he tweeted after midnight.

Yet to an extent, Khan’s relentless attacks on elites backfired by bringing a hodgepodge of rival parties together to seek his removal. By wooing disgruntled Khan allies, his opponents mustered enough votes in parliament to bring him down.

Imran Khan is sworn in as prime minister, marking a new era in Pakistan

“Imran Khan needs to be given credit for defeating the dynastic political forces,” said Ayaz Amir, an analyst and former legislator, a reference to the families who have wielded political power in Pakistan since its founding in 1947. Now, he said, they will have to share power with the unwieldy array of former foes who have “nothing in common but opposition to Khan. It will be very difficult for them to take on these economic problems.”

The process of installing new leaders is already underway. Shehbaz Sharif, 70, a career politician who heads the Pakistan Muslim League, is expected to become the interim prime minister in a legislative vote Monday. Sharif is the brother of three-term former prime minister Nawaz Sharif, jailed in 2018 after being convicted of corruption.

Shehbaz Sharif is also considered the top candidate to become prime minister in elections this fall, although a top aide to Khan, foreign minister Shah Mahmood Qureshi, has also filed nomination papers to run for the post.

Khan has also made it clear he wants to seek office again. Some observers suggested that while his weak traits — impatience, poor management skills and unwillingness to cultivate allies — undercut his ability to govern, he has always been at top of his game when challenging power from the outside as an articulate and passionate speaker.

“Khan’s downfall will continue to haunt the new government,” said Hasan Askari Rizvi, a political analyst in Lahore. “Ousting and replacing a leader is one thing. Successful governance is another. There are hard times ahead for Sharif.”

Now that Khan is out of power, no one underestimates his potential to make a comeback.

“Khan proved to be a demagogue who did little to address serious issues,” Amir said. “It’s time for him now, during these months before elections, to be introspective, to learn from his mistakes, to reorganize his party and play the role of a vibrant opposition,” Amir said.

The other rallying cry that Khan has increasingly used to his advantage is anti-Americanism, and it is already emerging as a major theme in his likely attempts at a political comeback. In recent weeks, as he struggled to stay in power, he accused U.S. officials of colluding with his domestic opponents in a plot against his government.

The accusation, based on what Khan described as a secret diplomatic document proving the U.S. conspiracy, became a major factor in his efforts to stay in power. First, he managed to cancel a parliamentary vote of no confidence in him by charging that rival legislators were backed by a “foreign conspiracy.”

Later, facing likely defeat after the Supreme Court ordered the vote to be held, he denounced the attempted imposition of an “imported government” in Pakistan. On Saturday night, still trying to stop the vote, he demanded to show the document to senior officials including the court’s justices.

American officials have repeatedly denied the charges. But U.S. influence has long been a political rallying cry in Pakistan and is likely to remain so. On Sunday night, many protesters at pro-Khan rallies shouted, “America’s friends are traitors,” referring to Pakistani politicians who opposed Khan.

“This conspiracy has given another reason for Khan’s supporters to gain strength,” said Ikram Khatana, 32, an activist in Khan’s Justice Party, speaking over the din of a boisterous rally in the northwest city of Peshawar. “We are here to support him, and more and more people are joining us now. When the elections are held again, we know he will bounce back with even more power.”

Shaiq Hussain in Islamabad and Haq Nawaz Khan in Peshawar contributed to this report.