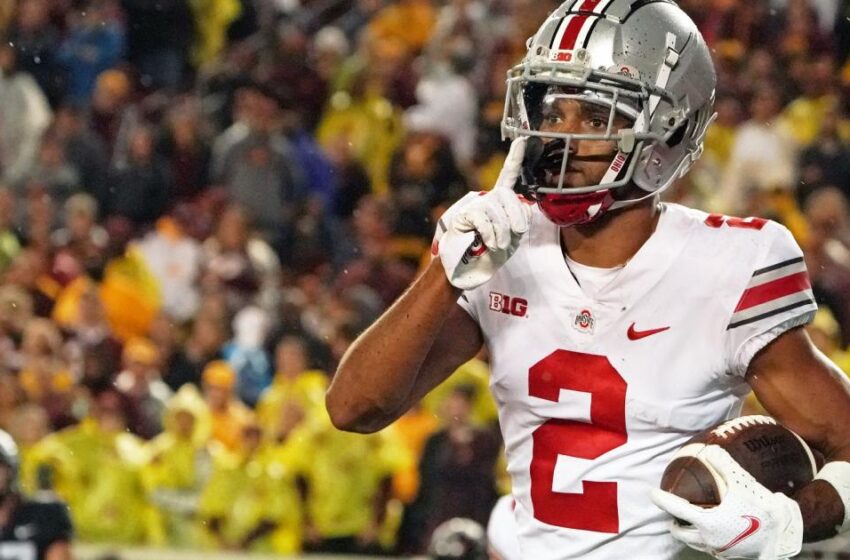 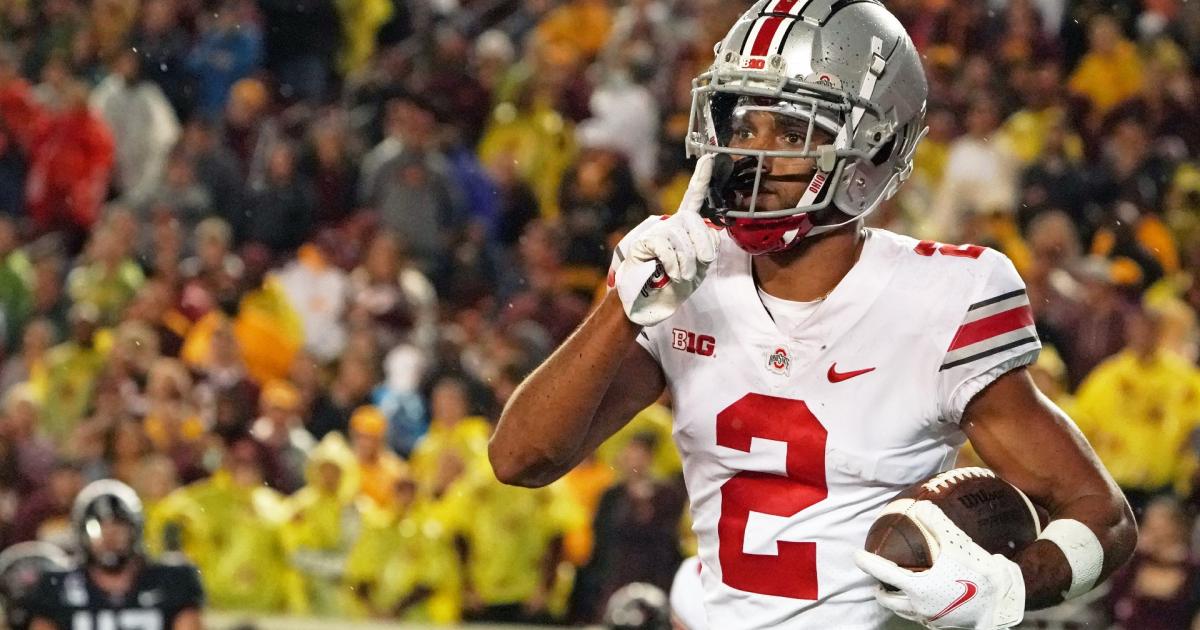 The Packers haven’t selected a wide receiver in the first round of the NFL Draft since 2002.

If the Packers pass on a wide receiver this year, then there might be a social media meltdown for the ages. Green Bay traded star receiver Davante Adams on March 18, and now the Packers are one of eight teams with two first-round picks in the 2022 NFL Draft.

The Packers have drafted a receiver in the first round four times in the last 40 years. That list includes Barry Smith (1973), James Lofton (1978), Sterling Sharpe (1988) and Javon Walker (2002). Lofton is in the Pro Football Hall of Fame, and Sharpe still has a case despite a career cut short by a neck injury.

Will Green Bay find a new target for Aaron Rodgers in the first round? Will the Packers double down and grab two receivers? The Sporting News looks at five possible combinations.

This is the perfect-world scenario, and it might require trading up to get Olave, who improved his stock after a stellar NFL Combine in which he ran a 4.39 in the 40-yard dash. Olave is a precise route-runner who could mesh with Rodgers quickly, and it’s better than watching the Bears get the receiver for his former college teammate Justin Fields. Olave scored a TD once every five catches in college. He would be an instant impact player in Green Bay with Rookie of the Year potential.

Green Bay then doubles down with Dean, who was the best linebacker on the best defense in college football last season. The temptation would be to go for an edge rusher, but Dean is a versatile linebacker who could pair well with De’Vondre Campbell in the middle for the Packers.

SN’s Vinnie Iyer has this combination in his latest seven-round mock draft, and it addresses the receiver position.

London is rising up draft boards, and he’s a high-volume target who had 88 catches in eight games before an ankle injury cut his season short with the Trojans in 2021. He’s grouped with the other top first-round receivers in this draft.

Dotson could be a steal at No. 28. He averaged 15.1 yards per catch for his career with the Nittany Lions, and he evolved into a complete receiver by his senior season. He also ran a 4.43 at the NFL Combine.

Burks slid down the draft board after a so-so combine performance, but he’s a big target at 6-3, 225 pounds. He’s also been consistently grouped with Olave, London, Ohio State’s Garrett Wilson and Alabama’s Jameson Williams as a first-round receiver. The production on the field matters, and Burks averaged 16.4 yards per catch. He could emerge as a deep threat for Rodgers.

Mafe would be the reach pick, but the Packers have to add edge-rushing talent after losing Za’Darius Smith. Mafe would be counted on behind the tandem of Rashan Gary and Preston Smith. Mafe did break out with 10 sacks last season for the Gophers.

It gives Rodgers two targets that fit the offense. Williams suffered a torn ACL in the College Football Playoff championship game, but that is the only drawback in the long-term investment. He was a remarkable home-run hitter in the Crimson Tide’s offense, and would this entice Julio Jones to come on in a mentorship role via free agency? Patience is required, and the Packers might not have it given the Super Bowl window is open now.

McBride won the Mackey Award at Colorado State last season. He had 90 catches for 1,121 yards for the Rams, and he could be an answer at the position while Robert Tonyan continues to work back from a knee injury. McBride scored just 10 TDs in his career. Can he be an answer at tight end?

Here is your freakout scenario. Let’s say the Packers decide to wait until the second round to go for a receiver such as Georgia’s George Pickens. Would it make sense to double down and continue to build around the defense?

Johnson is a riser on draft boards, and he might not be available. He’s worth a first-round pick in this setup, however. Johnson transferred from Georgia to Florida State, and he was disruptive with 11.5 sacks and 17.5 tackles for loss. The Packers need depth off the edge, and Johnson (6-5, 260 pounds) would provide that, at least. Green Bay fans with long memories will remember Florida State first-round picks Terrell Buckley (1992) and Jamal Reynolds (2001). It’s a risky pick with high upside.

Hill is a pick that would be met with skepticism given Green Bay’s needs in other places, but this isn’t out of the question. Jaire Alexander and Adrian Amos have one year left on their contracts, and Hill is a playmaker in the secondary who would add depth where it never hurts.

Would it be worth the corresponding freakout if Green Bay doesn’t take a receiver?