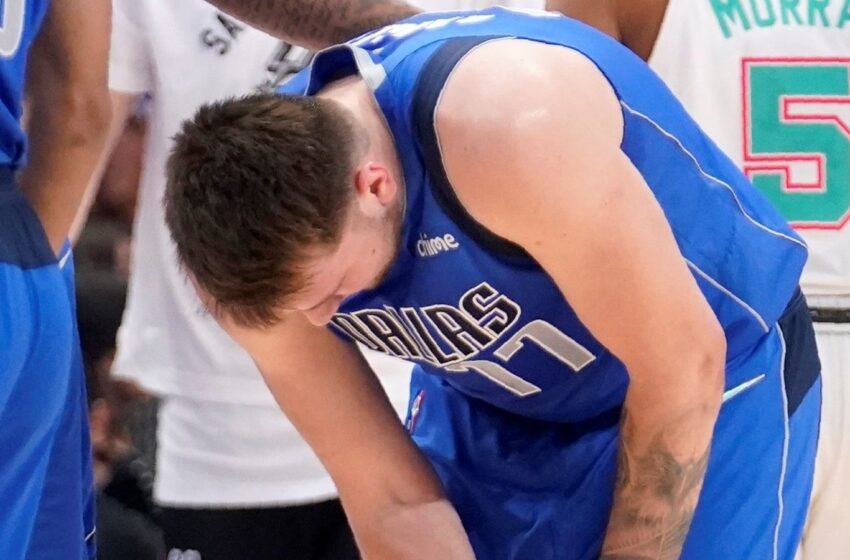 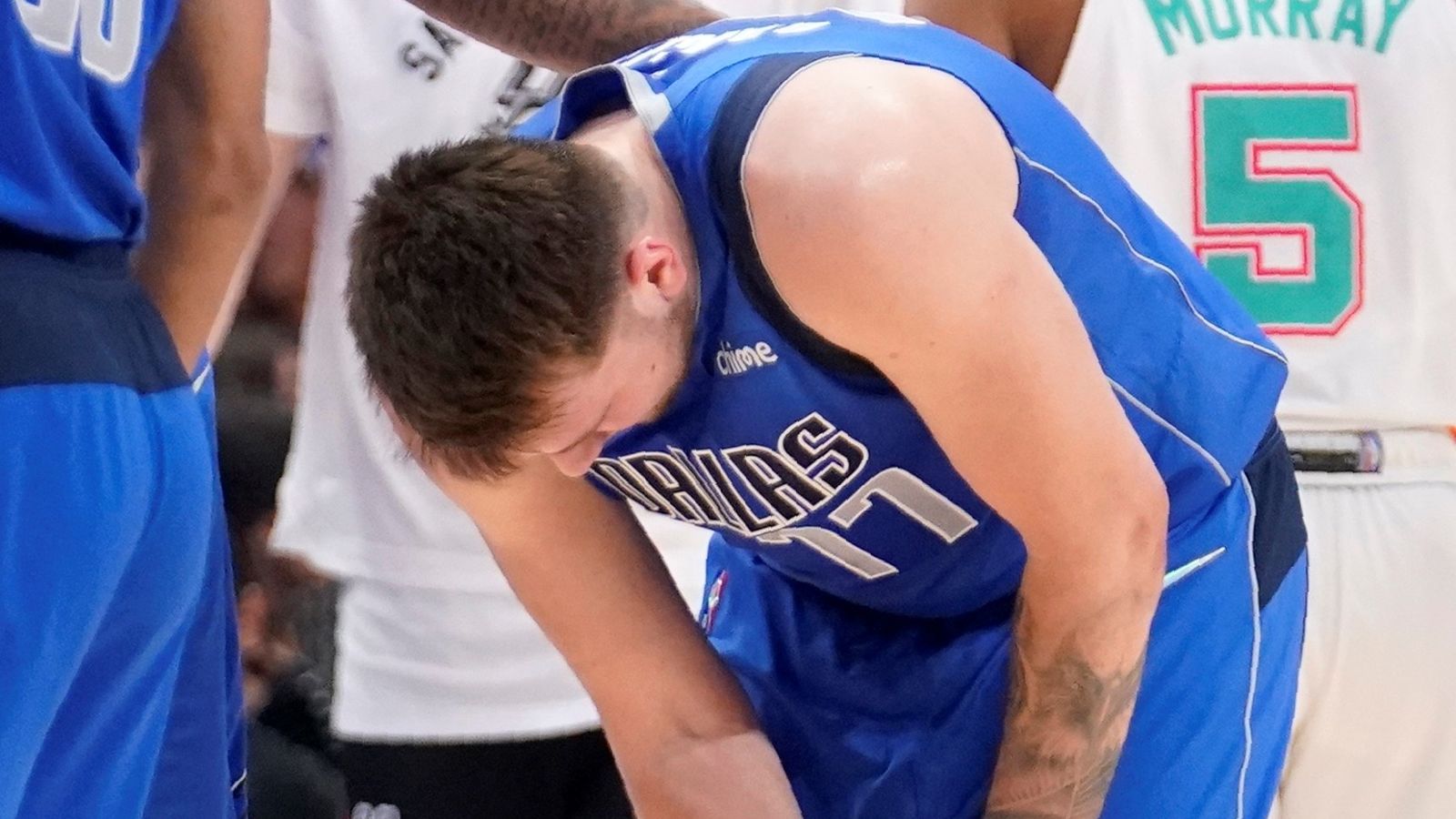 The Dallas Mavericks are not putting a timetable on Luka Doncic’s return from a calf strain four days before the opener of a first-round playoff series against Utah.

The team said Tuesday that the 23-year-old superstar had begun treatment. Doncic strained his left calf late in the third quarter of what turned out to be a meaningless regular-season finale against San Antonio on Sunday.

Doncic led the way for Dallas with 26 points, nine assists and eight rebounds in the 130-120 win but exited the game in the third quarter after turning awkwardly while retreating to help on defense.

Dallas opens the playoffs at home Saturday against the Jazz. The fourth-seeded Mavericks have home-court advantage in the playoffs for the first time since they won their only championship in 2011. That’s also the last time Dallas won a postseason series.

“He’s in great spirits today,” coach Jason Kidd said after Tuesday’s practice. “We’ll see how his body feels tomorrow. I think we’ll prepare with him and we’ll also prepare without him.”

Doncic finished as the NBA’s third-leading scorer at 28.4 points per game. He was the only player in the league to average at least 28 points, eight rebounds and eight assists per game.

The two-time All-Star wouldn’t have been eligible for the finale against the Spurs if the NBA hadn’t rescinded his 16th technical foul, assessed in the second-to-last game. Without the reversal, Doncic would have served a one-game suspension.

Doncic played his normal rotation, which included all of the first quarter and was supposed to be all of the third. Kidd said he would have been finished for the night after the third. The injury happened in the final three minutes of the quarter.

There was no sign of Doncic during the portion of practice open to reporters. Fellow guard Spencer Dinwiddie said he “looked fine to me,” and Jalen Brunson said he was optimistic Doncic would play. Brunson will be the starting point guard if Doncic is out.

“I hope for the best,” Brunson said. “I mean, that’s our organisation right there.”

The two-time All-Star averaged 28.5 points, 9.1 rebounds and 8.7 assists per game this season.

The rush of live games continues on Sky Sports this week with the Play-In Tournament and start of the NBA Playoffs – see the list of games here and subscribe to watch the live action.