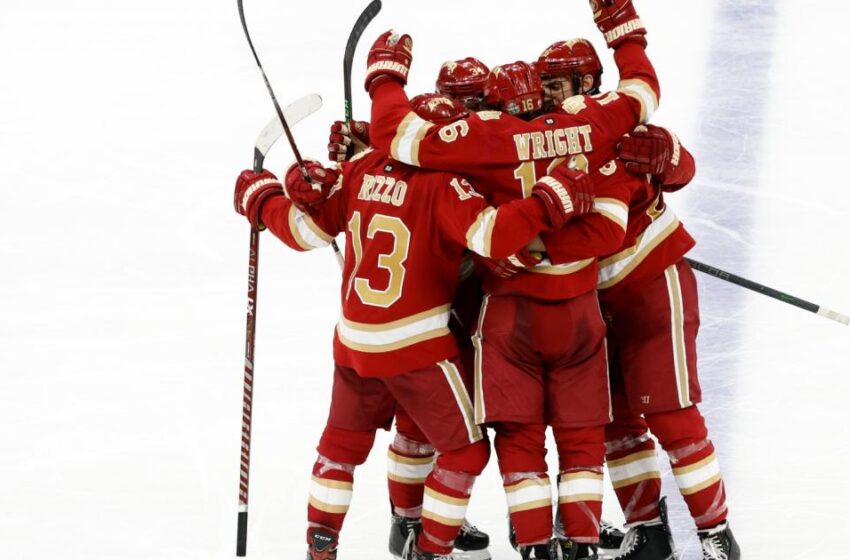 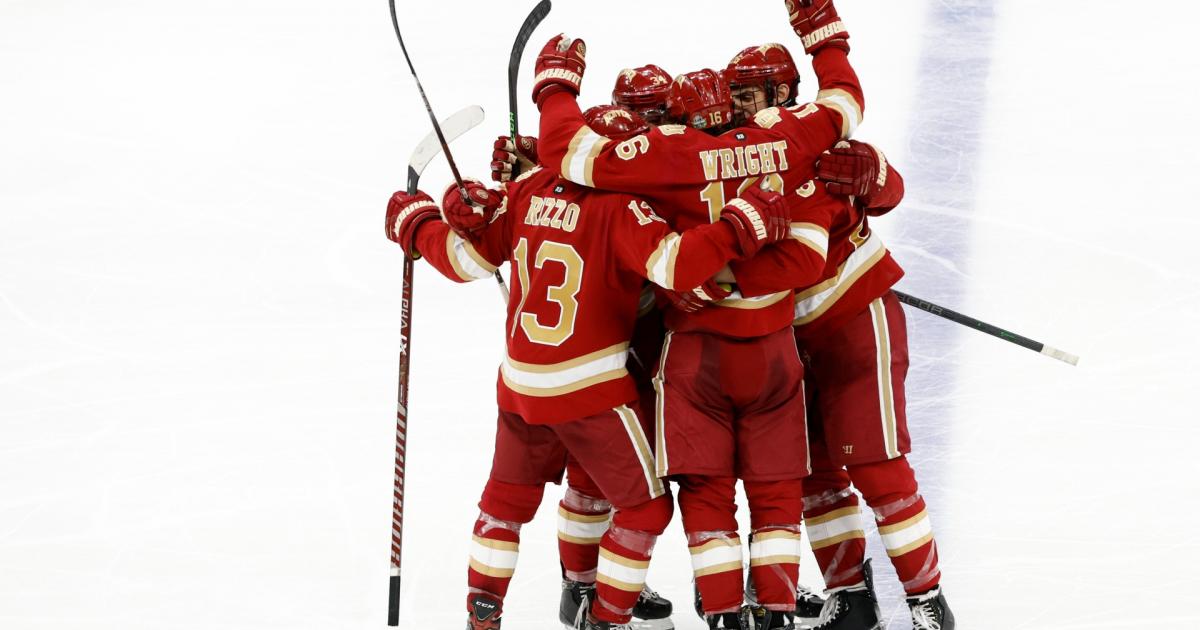 So it was fitting for the Pioneers that Savoie potted the overtime winner in the national semifinals and the first assist went to Brink.

After a Michigan turnover at the blue line, Brink found a cutting Savoie wide open in front of the Michigan net. Savoie’s initial shot was stopped by Michigan’s Erik Portillo, but Savoie slammed home the rebound to punch the Pioneers’ ticket to the championship with the 3-2 victory.

It was the Oilers draft pick’s 22nd goal and sixth game-winner on the year.

A game-winning goal he will never forget 💪

Denver’s Magnus Chrona made 19 saves in the win while Portillo stopped 30 shots in the loss. Brett Stapley and Cameron Wright had the Pioneers’ other two goals, while Jimmy Lambert and Thomas Bordeleau tallied for the Wolverines.

Denver will be playing in the final for the first time since it won the title in 2017 over Minnesota Duluth. The Pioneers will face the winner of Thursday’s second semifinal, Minnesota vs. Minnesota State. The championship game will be Saturday night at Boston’s TD Garden.

This is a hard pill for Michigan to swallow. It had a loaded team with seven first-round NHL Draft picks. Owen Power, Matty Beniers and Kent Johnson all returned to college for another year instead of going pro in hopes of winning a national championship.

While a Frozen Four appearance and Big Ten championship are nothing to be ashamed about, a loss in the national semis is a major disappointment for a team that was expected to win the title.

MORE: What channel is Minnesota vs. Minnesota State on today?

When is the 2022 NCAA Frozen Four championship?

Denver will faces Minnesota or Minnesota State in the final.

Here is a breakdown of the dates and times for the entire tournament:

How to watch the 2022 Frozen Four championship

All Frozen Four games will be broadcast on ESPN2 or ESPN U. The Minnesota-Minnesota State game is slated to be on ESPNU.

The national championship will be on ESPN2.

For those looking to stream Frozen Four games, they will be available on Watch ESPN and the ESPN app.

Canadian viewers can watch all three games on TSN.ca or through the TSN app.

Where is the NCAA Frozen Four being played?

The TD Garden is the home of the Bruins and the NBA’s Celtics. This is the eighth time the city has hosted the event.

Michigan has the most college hockey championships, with nine. Its last one came in 1998.

Denver and North Dakota have eight each, Wisconsin has six and Boston College, Boston University and Minnesota have five each.

Here are all the tournament winners over the past 10 years: