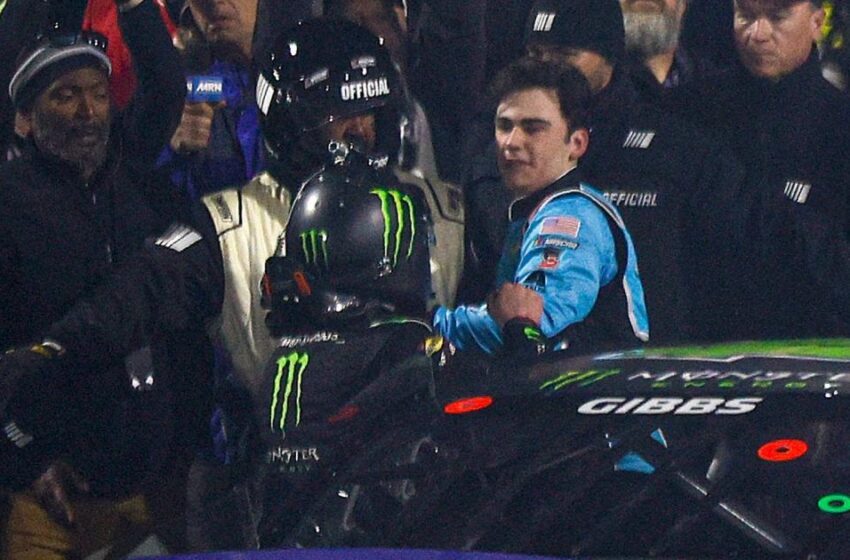 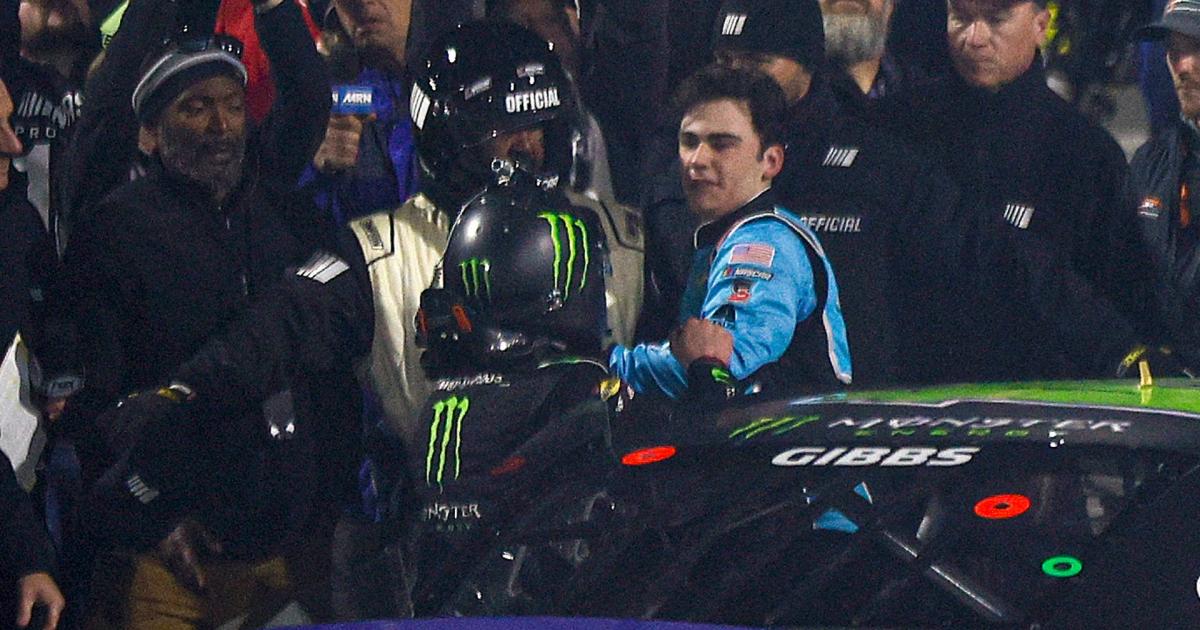 The NASCAR Xfinity Series race Friday night at Martinsville Speedway was not an artistic success, but there was a whole lot of drama.

There were more than a dozen caution flags, multiple wrecks and a red flag in overtime. The tension reached a crescendo in OT when Ty Gibbs and Sam Mayer wrecked just before the finish while racing behind eventual winner Brandon Jones.

Gibbs confronted Mayer during and after the cooldown lap. Harsh words and shoves were exchanged, and then Gibbs started swinging. He landed multiple punches on Mayer’s head, all while he kept his own racing helmet on.

“I tried to talk to (Mayer) and he got all in my face. At that point we’ve got to start fighting,” Gibbs told FS1’s Vince Welch in his postrace interview.

Gibbs knows all about moving people out of the way on short tracks. He pushed teammate John Hunter Nemechek aside to win at Richmond in the previous race.

“I was on the other side of it last week, so that’s just part of it,” Gibbs said.

Gibbs and Mayer were also competing for a $100,000 Dash4Cash bonus. AJ Allmendinger collected the money instead.

“Yeah, hundred grand on the line, put the bumper to him because that’s what short-track racing’s all about, he got upset,” Mayer, who was marked up around his left eye, told reporters, per NASCAR.com. ‘Short-track racing’ and all, that’s nonsense, so whatever. He threw a couple of punches, they were weak, so I can’t say much about that, it’s kind of funny.

“I just put the bumper to him for a hundred grand and he got upset about it, but he’s been doing that to everyone every week so far, so I can’t understand why it’s that one-sided.”

And Mayer said that Gibbs should expect things to get more physical as the season progresses.

“At the end of the day, anyone can do whatever they want to him because he’s put himself in that reputation, so it doesn’t matter,” Mayer said.

Their fracas pushed one of the race’s main storylines far into the background. Dale Earnhardt Jr. was competing in his annual NASCAR race. He raced in the top 10 but wasn’t much of a factor. He spun out after contact with Josh Berry late in the race and finished 11th.

“I got turned around. Just the way it goes on them late restarts, everybody’s jacked up,” Earnhardt said.

This article has been updated to remove an incorrect reference to Brandon Jones.