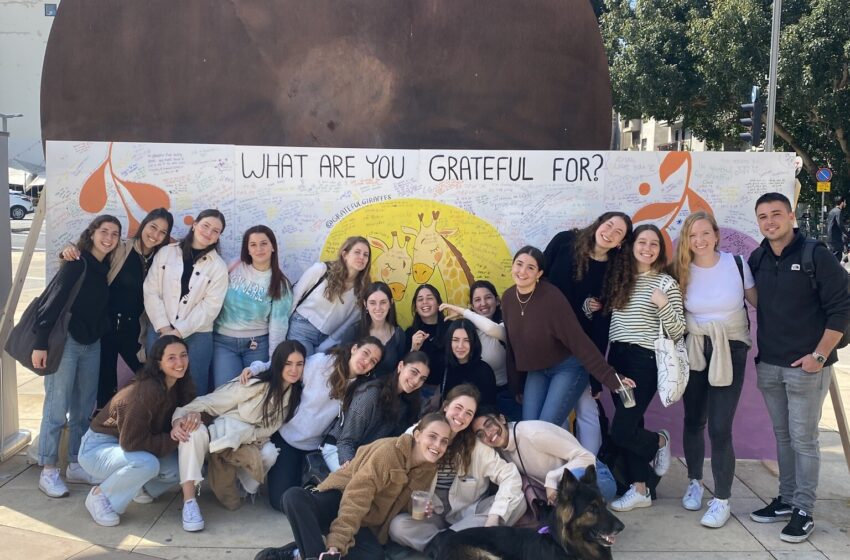 An Israeli immigrant from the city of brotherly love aims to make the world a better place with The Gratitude Wall, set smack in the middle of his new home city, Tel Aviv.

The art installation, situated in the center of Habima Square, an expansive public space marked with sunken gardens and surrounded by the Habima Theater, is part of Philadelphian Max Marine’s planned digital art collection that he calls Grateful Labs.

People come to the wall to write, draw or paint about what they’re grateful for, sometimes participating in the morning yoga classes, meditation sessions or evening concerts organized by Grateful Labs.

The last day of the wall’s Tel Aviv location is Saturday, April 9, with two events — guided gratitude meditation and announcements of the winning artists who drew on the wall — taking place on Saturday.

Marine, who worked in venture capital until a few months ago, came up with the idea of The Gratitude Wall with two friends, his partners in the venture. They received permission from the Tel Aviv municipality to install the wall for two weeks, drawing more than 1,000 people to write their thoughts on the wall’s surface.

“It really feels like we’ve done something, change the energy a little bit in the city and the planet,” said Marine. “Now we have to figure out how to make it more accessible.” 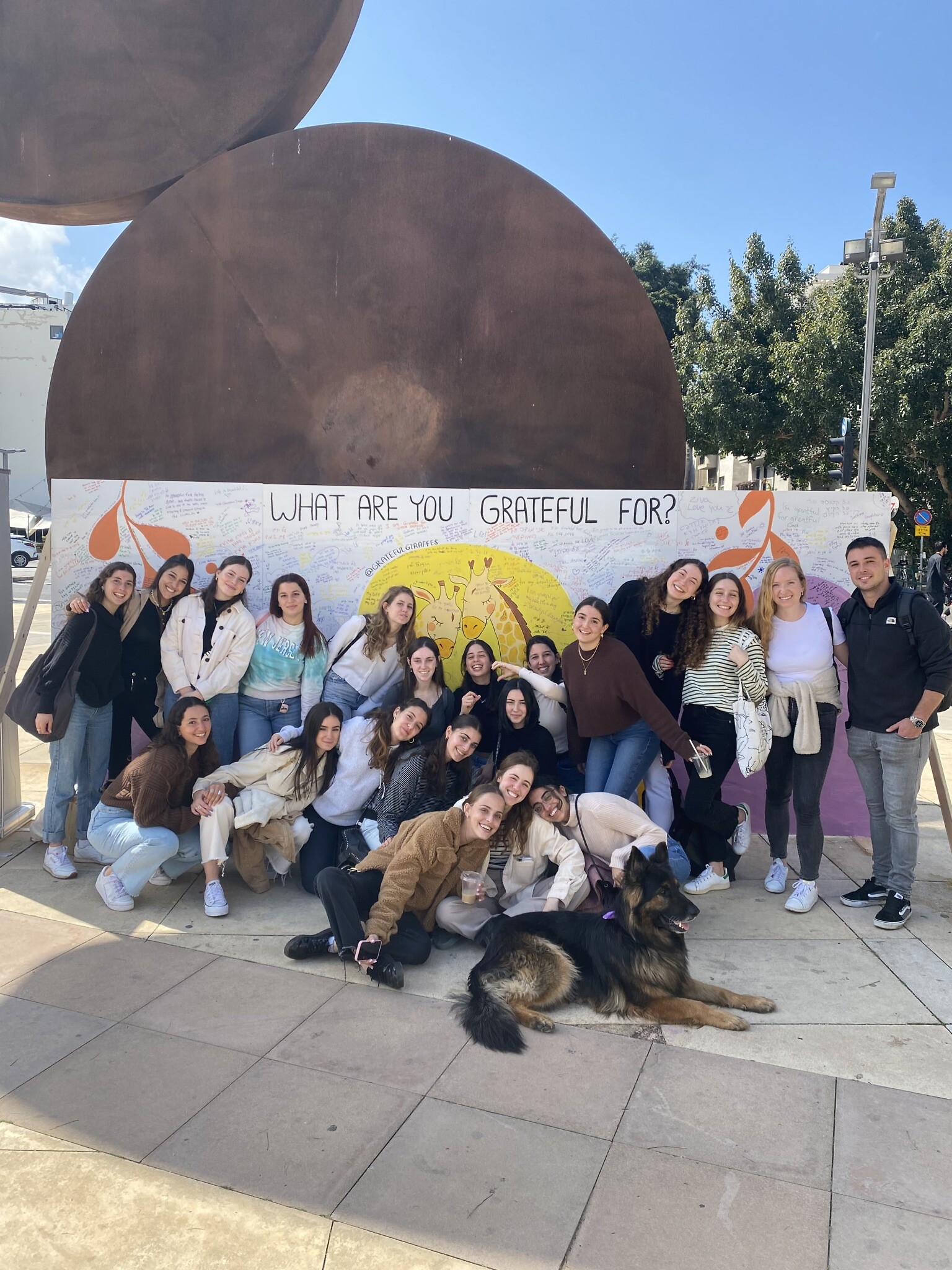 The Gratitude Wall, an art installation situated in the middle of Habima Square in Tel Aviv until April 9, 2022, part of (Courtesy Max Marine)

There’s a profit-making side to this venture, as Grateful Labs hopes to support itself by creating Grateful Giraffe NFTs, a digital art collection that it will sell on June 21, World Giraffe Day.

Non-fungible tokens (NFTs), are a digital asset that represents real-world objects, such as art and music, and are bought and sold online, often with cryptocurrency, and are becoming an increasingly popular way to buy and sell digital artwork.

Marine, who left the venture capital world in November, has been researching Web3 trends (an iteration of the web based on blockchain) and raising his own cryptocurrency fund, but was inspired by some of his own personal experiences to spread some more gratitude in the world, and to use the arts to fund that idea.

He and his partners landed on Grateful Giraffes as the name for the venture, looking for an alliterative word that matches grateful, and agreeing that giraffes are a universally loved animal.

They hope to bring a Gratitude Wall to Tel Aviv’s Rabin Square in May.

They also have plans to create an international campaign to set Gratitude Walls in key US locations such as Times Square and Central Park in New York City, as well as in other countries.