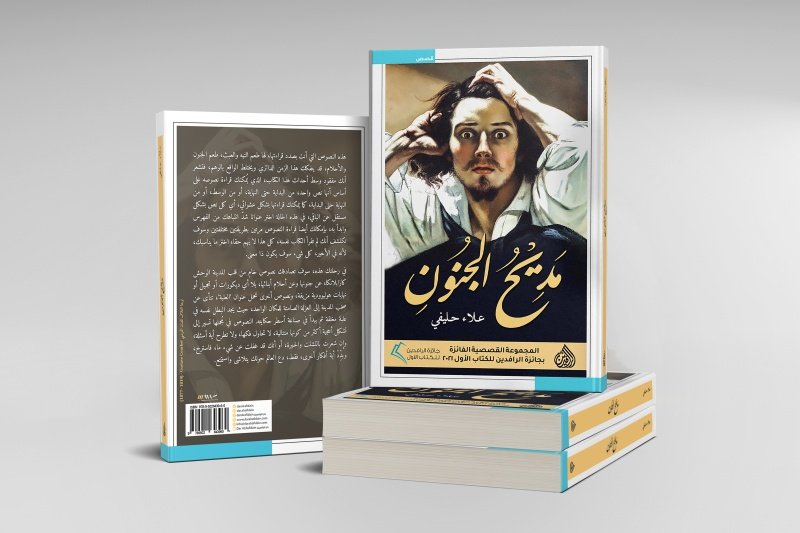 Crowned with the last edition of the international prize Al-Rafidain First book Awards, the Moroccan architect Alaa Halifi, has just published with the editions Al Rafidain & Daraj in Lebanon, his book ” In praise of madness‘”. According to the jury, the power of the book lies in its strong ability to ” dive deep into the worlds of Casablanca“.

Much more than a book, In praise of madness is an intimate portrait of the city of Casablanca explains the publishing house in a press release, noting that throughout these 280 pages, the book reconstructs the puzzle of an imaginary and concrete city, through the perspective of multiple characters. , fictional and real, underground lives, fallen angels, misfits, immigrants, or even an alien visiting the city from deep space.

The Moroccan architect, Alaa Halifi thus gives life to a fantastic Casablanca, full of madness and chaos. He used fantasy, surrealism and irony to tackle real-life topics like alienation, sexuality and death, raises the publishing house.

Selected from 200 literary works, “ In praise of madness is the first Moroccan work to win this prize. It breaks with traditional literary forms and themes, in an attempt to present a new vision of the contemporary Arabic novel.

For the Iraqi writer Falah Rahim, president of the jury of this edition, and quoted in the press release, the book ” presents Casablanca and its citizens with a very refined style, and an extremely well-thought-out narrative mechanism, eager for innovation and openness to the horizons of modernity and experimentation with storytelling techniques“.

The book ” was also characterized by paradox, suspense, intertextuality, historical and mythological inspirations. All this is in fact skilfully orchestrated and worked without departing from its Casablanca context, a society of individuals lost in an uncertain world full of contradictions.“, he welcomed.

” In praise of madness was published by Al Rafidain & Daraj editions in Lebanon. It is currently available worldwide, and also online on the Abjjad platform, and will be available in other languages ​​in the future.

Born in 1998 in Casablanca, Alaa Halifi is an architect and novelist. He has published several articles in Moroccan and international organs, in addition to the first prize for the book “Al-Rafidain”, he received the first prize at the international architecture competition of Pittsburgh in Pennsylvania, United States in 2020.