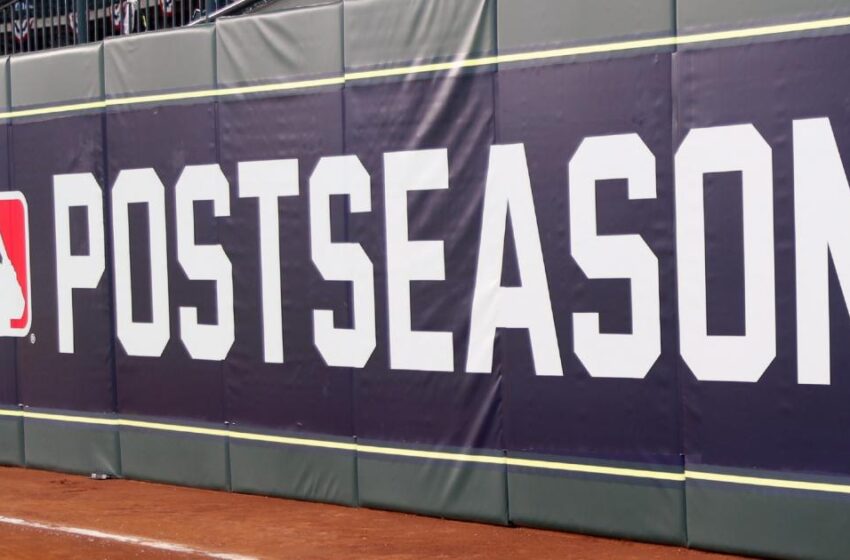 MLB expanded playoffs, explained: How many teams will reach 2022 postseason, other essential information

The new collective bargaining agreement between MLB and the MLBPA featured several rule changes. One of the more consequential ones is an expanded playoff system, which will now feature 12 teams (six from each league) instead of the 10 of years past.

Beginning in 2022, the MLB postseason will now feature:

The new format will do away with the single wild-card game, and instead pit the third-best division winner against the last team in while the best and second-best wild-card winners play each other. These games will all be played in a three-game series’ hosted by the team with the better record.

One other consequence of the new format is the doing away of Game 163 and the implementation of a series of tiebreakers based on statistics (think NFL systems).

What is the new MLB playoff structure?

The new playoff structure in each league breaks down as follows:

Will the MLB playoffs have reseeding?

Who would have made the MLB playoffs in 2021?

The 2021 playoffs looked as follows:

Here’s how things would have shaken out in the new format:

Who does this affect most?

While this will have a ripple effect on the No. 4 and No. 5 seeds due to the wild-card round now being a series, the third-best division winner takes the brunt of the hit in this new format. By removing the bye and giving it a series against the No. 6 team, It makes the road to the World Series that much more difficult. If that No. 6 team comes from a stacked division (e.g. the AL East or NL East this year), it’s going to be a hard path for the third-best division winner.

Can a non-division winner get a bye?

If a situation like Giants-Dodgers in 2021 happens and two teams from the same division have the best records in their respective league, the second-best team will not get a No. 2 seed and instead be relegated to the No. 4 seed spot. Ergo, baseball won’t be following the NBA precedent of minimizing divisions.

This has been the company line for MLB for some time. Don’t expect to see the importance of winning the division dissipate any time soon.

Why did MLB playoffs expand?

There seems to be concern about bad teams sneaking into the postseason, but MLB isn’t like the NBA where leagues are top-heavy. Don’t expect to see a 70-win team competing for a spot in the playoffs this year. Under these rules last year, a 91-win Blue Jays team and an 83-win Reds team would have made the playoffs.

MLB playoffs expanded because, frankly, playoff games make more money for teams. It behooved the owners to push this change in recent negotiations, and the emphasis on divisions was a compromise. Keep in mind, this doesn’t just add a team to the playoffs. It adds a minimum of six games. That’s six games of revenue. The wild-card round is now a full round of the postseason, rather than just a game.