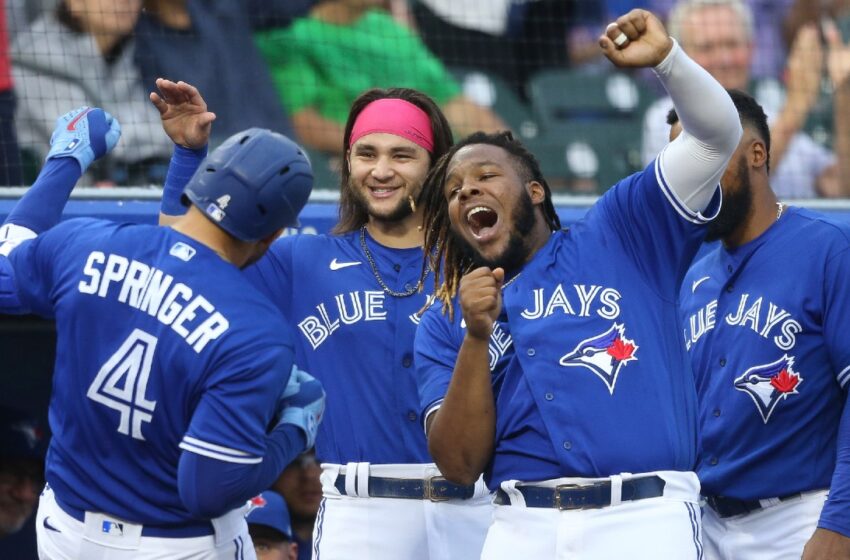 Blue Jays heading back to Toronto feeling feisty: ‘They believe they can win’

DUNEDIN, Fla. – When Toronto Blue Jays players arrived at the final morning of spring training Tuesday, there was a lot to pack. They’re coming home for the long haul this time – not just for summer camp or a couple of months. The equipment trucks are fully loaded now, heading north with the baseball gear and personal belongings required to get the Blue Jays through the coming season.

After a short but successful spring training, the Blue Jays will return in Toronto with one of baseball’s most talented rosters. Not only do these players expect themselves to reach the playoffs, they believe they can do damage once they get there. October’s still a long way off, of course, but at least they’ve emerged from spring healthy – more than they could say this time last year.

“That’s No. 1. But I love the energy of this group,” Montoyo said. “They believe they can win. You don’t teach that. They have it in them. I think that’s why I feel good about this club. It’s their mentality.”

While the Blue Jays’ opening day roster doesn’t officially have to be set until Thursday at noon, all but a few questions have now been answered. One day after Gosuke Katoh learned he’d made the bench, Trent Thornton, Tayler Saucedo and Julian Merryweather were all told they’d earned jobs in the Blue Jays’ bullpen.

Meanwhile, Ryan Borucki will throw in a simulated game Tuesday, but hamstring tightness means he’s questionable for the opener. A bout with mononucleosis may sideline Nate Pearson for longer, with no clear timeline in place for the hard-throwing right-hander.

“We’re hoping for a speedy recovery, of course, but usually it takes a while,” Montoyo said.

If Borucki’s ready for the opener this could change, but as the Blue Jays wrapped up their Grapefruit League schedule with a 2-1 win over the Orioles, it appeared their opening day roster would look like this:

Technically speaking, it might be more accurate to categorize Stripling as a starter, as he’s stretched out to pitch five or six innings if needed and could make a spot start for the Blue Jays early on, when they play 30 games in the first 31 days of the season. Either way, he and Thornton provide multi-inning relief options for Montoyo, should the Blue Jays need to cover innings.

With spring training now complete, the real work begins for the Blue Jays. There are no prizes for having a promising roster on April 5, or for the good vibes that have existed around this team all spring.

Once Jose Berrios throws the first pitch of the season on Friday night, a whole new set of questions will emerge for the Blue Jays. Among them: Can Vladimir Guerrero Jr. replicate his MVP-calibre season? How will Santiago Espinal and Cavan Biggio handle second in the absence of Marcus Semien? Will George Springer stay healthy? What’s a realistic expectation for Matt Chapman’s bat? Will Yusei Kikuchi rebound from a poor finish to his 2021? Are the Blue Jays too vulnerable to elite right-handed relievers? Do they have enough power on the bench?

All are legitimate questions, and there are more to come. As the season unfolds, unimagined challenges are sure to emerge, testing the depth of this roster and the front office’s ability to adapt on the fly. But as a starting point, you couldn’t ask for much more. And as the Blue Jays head north to open the season in Toronto for the first time in three years, they’re excited for what’s ahead.

“It’ll be great,” Montoyo said. “Everybody’s looking forward to it. Having home field advantage from the beginning? That’ll be great. And it’ll be great for the fans instead of watching them on TV to see them in person.”