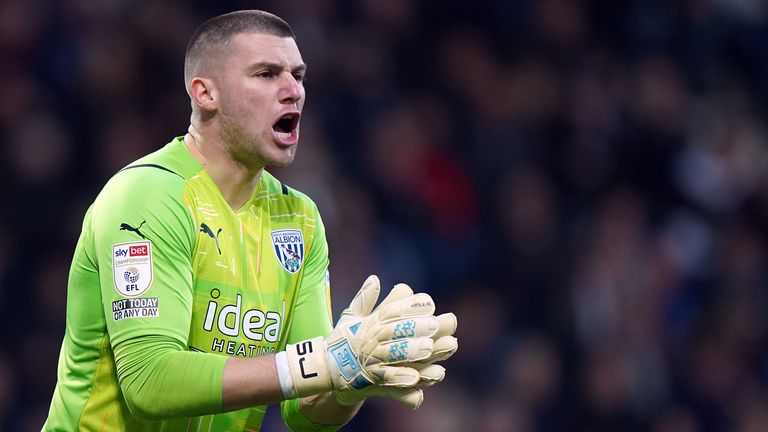 Manchester United and Tottenham will battle it out for the signature of Sam Johnstone in the summer, after the England goalkeeper allows his West Brom contract to run its course.

Johnstone – who’s won three senior caps for England – is keen to get back into the Premier League, and has refused the offer of a new deal at the Hawthorns.

A number of other clubs, including Southampton, are also thought to be interested.

Steve Bruce admitted at the weekend that he expects Johnstone to leave at the end of the season, rather than stay and fight for promotion with Albion.

Johnstone came through the Manchester United academy, and officials have kept a close eye on his progress since allowing him to leave the club four years ago.

There could be a significant shake-up in the goalkeeping department at Old Trafford this summer, with Dean Henderson considering his options as he seeks more regular football.

Last season, Henderson was vying with David de Gea for the United No 1 jersey, but this season he hasn’t played in a single Premier League match.

A loan move could be an option for Henderson, who still has three years remaining on his current deal, but there are question marks about which clubs would be prepared to pay the lion’s share of his wages.

It’s thought Johnstone’s availability on a free transfer means United are keen to sign him, and then consider Henderson’s future.

Ironically, both Henderson and Johnstone are desperate for regular top-flight football in order to re-ignite the interest of England manager Gareth Southgate.

Spurs, meanwhile, were close to a deal for Johnstone in January, but decided not to pursue their interest as they prioritised other positions in the squad.

Antonio Conte is keen to have more competition for Hugo Lloris, who signed an improved contract in January at the Tottenham Hotspur Stadium.