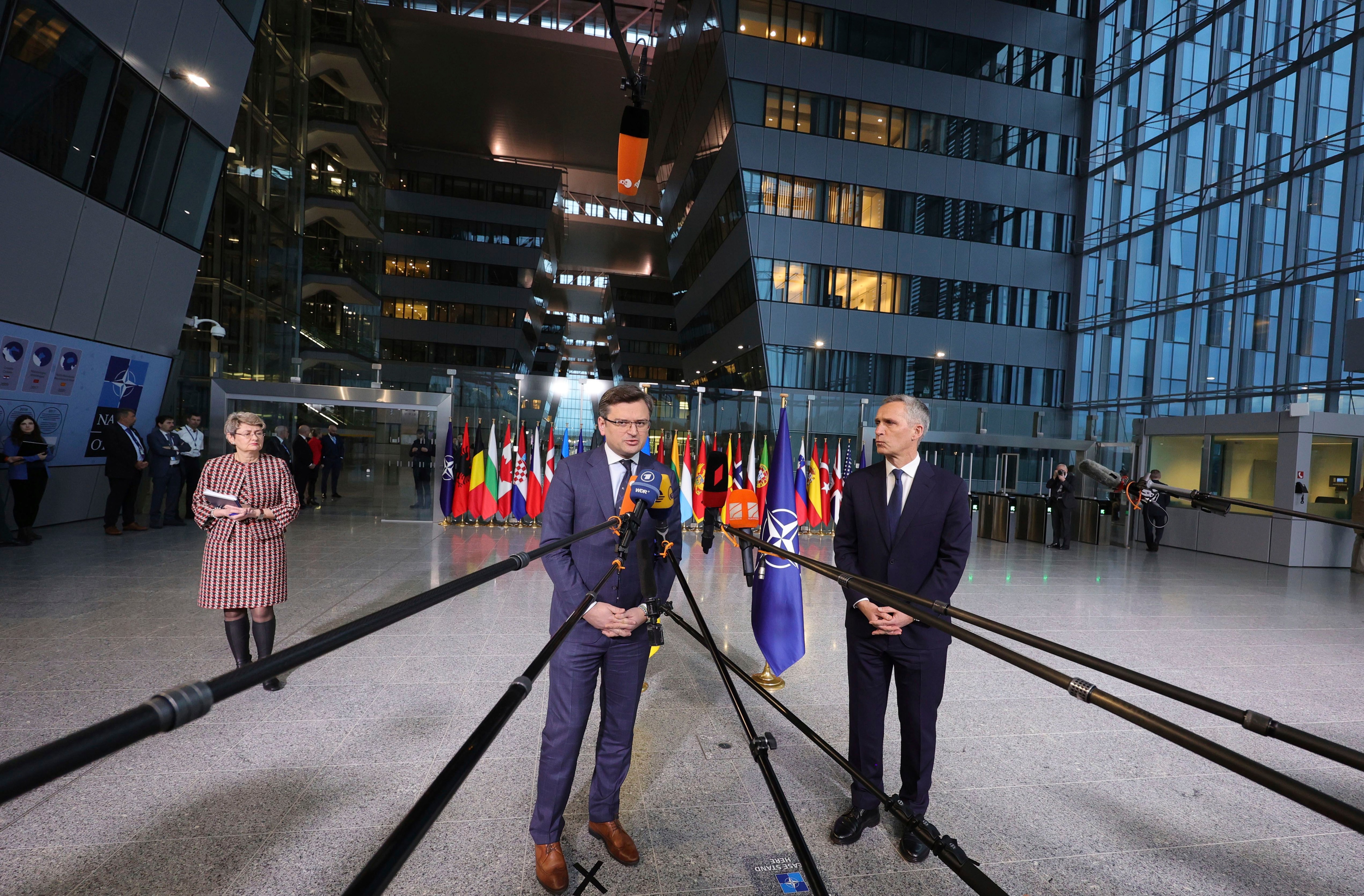 BRUSSELS — NATO Secretary-General Jens Stoltenberg is calling on members of the organization to provide more weapons for Ukraine and not just defensive anti-tank and anti-craft arms.

As NATO defense ministers gathered in Brussels on Thursday, Stoltenberg said “I have urged allies to provide further support of many different types of systems, both light weapons but also heavier weapons.”

Stoltenberg says that NATO countries, but not NATO as an organization, are supplying many kinds of arms and other support to Ukraine but that the 30 allies can do more.

He says that “Ukraine is fighting a defensive war, so this distinction between offensive and defensive weapons doesn’t actually have any real meaning.”

Stoltenberg is insisting that it is also important for NATO not to be dragged into a wider war with Russia.

“NATO is not sending troops to be on the ground. We also have a responsibility to prevent this conflict from escalating beyond Ukraine, and become even more deadly, even more dangerous and destructive,” he said.

KEY DEVELOPMENTS IN THE RUSSIA-UKRAINE WAR:

— Russia is moving troops and focus toward the east, but that strategy carries risks as well

— Ukrainian refugees find quickest route into US goes through Mexico

— Russia makes debt payment in rubles, a move that could result in historic default

— Go to https://apnews.com/hub/russia-ukraine for more coverage

BRUSSELS — Ukrainian Foreign Minister Dmytro Kuleba is appealing to NATO to provide his war-torn country with weapons to help avoid further atrocities like those reported in the town of Bucha this week.

Kuleba says that “we know how to fight. We know how to win. But without sustainable and sufficient supplies requested by Ukraine, these wins will be accompanied by enormous sacrifices.”

“The more weapons we get and the sooner they arrive in Ukraine, the more human lives will be saved.”

He urged Germany in particular to go further, and speed the dispatch of sorely needed equipment and arms, saying that “while Berlin has time, Kyiv doesn’t.”

WASHINGTON — The U.S. Senate will take up legislation Thursday to end normal trade relations with Russia and to ban the importation of its oil.

Both bills have been bogged down in the Senate, frustrating lawmakers who want to ratchet up the U.S. response to Russia’s war against Ukraine.