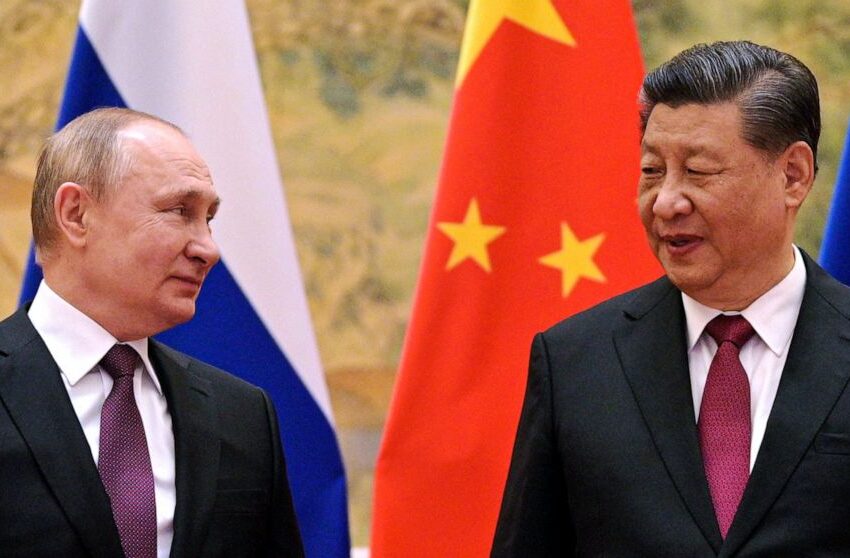 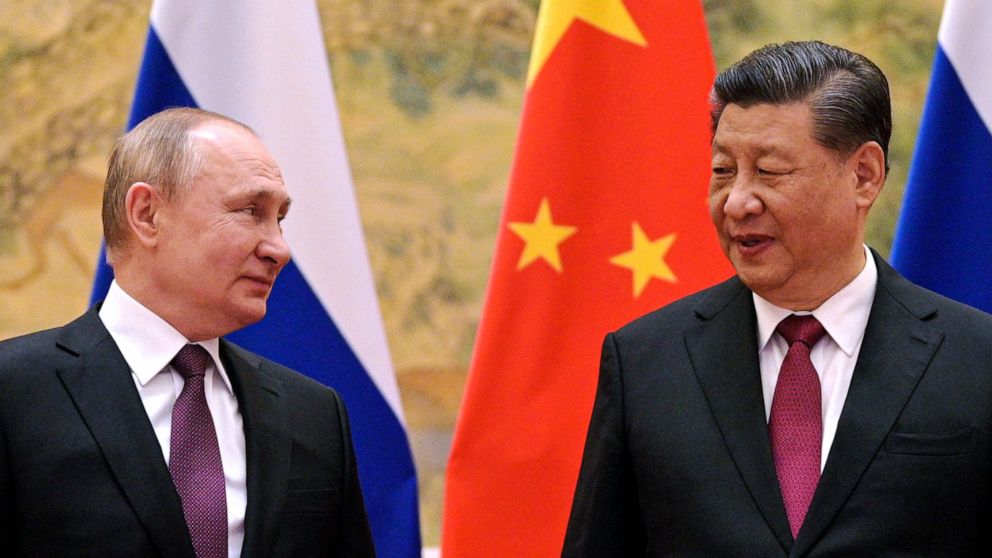 BEIJING — China has described reports and images of civilian killings in Ukraine as disturbing, and urged that they be further investigated, even while declining to blame Russia. That’s drawn questions about the resiliency of Beijing’s support for Moscow, but speculation that it is weakening appears to be misplaced.

Here’s a deeper look at where China stands at this stage of the conflict:

IS CHINA SERIOUS ABOUT PROBING ATROCITIES?

In his statement Wednesday, Chinese Foreign Ministry spokesperson Zhao Lijian referred to reports of atrocities in the town of Bucha, saying, “The truth and the cause of the incident must be verified.” He said that all parties should exercise restraint and avoid “unfounded accusations before a conclusion of the investigation.”

Crucially, Zhao did not mention Russian forces and gave no indication of how evidence should be gathered or by whom.

China has a lengthy history of providing political cover for its friends after incidents such as the sinking of a South Korean navy ship in 2010. China called that “unfortunate,” but refused to accept evidence North Korea was responsible.

Beijing also routinely turns accusations of war crimes back on the accusers, mainly the U.S., citing the Iraq invasion and incidents such as NATO’s 1999 bombing of the Chinese Embassy in Belgrade, Yugoslavia. China has never accepted NATO’s claim that the attack was unintended.

WHERE DOES CHINA STAND ON RUSSIA’S INVASION?

Beijing early on committed itself to the position that Russia was provoked into attacking its neighbor by the eastward expansion of NATO under U.S. direction, even though Russian President Vladimir Putin has not listed that as his primary motive for invading.

China has abstained in votes at the United Nations condemning Russia’s actions, and, in keeping with standard policy, has strongly opposed economic sanctions against Russia.

At the same time, China shows no signs of undermining those sanctions or rushing in to fill the void left by the departure of Western companies from Russia.

Beijing has of late focused its messages on calls for talks leading to a cease-fire and avoiding a major humanitarian catastrophe. It has also provided Ukraine with humanitarian assistance and kept a line open to Ukrainian officials. Foreign Minister Wang Yi told his counterpart Dmytro Kuleba on Monday that China does not “have the mentality of watching the fire from a safe distance, still less to do anything that adds fuel to the fire.”

WHAT’S BEHIND CHINA’S SUPPORT FOR RUSSIA?

China and Russia have grown increasingly close under Putin and Chinese leader Xi Jinping, aligning their foreign policies in opposition to the Western liberal world order.

China generally follows Russia’s lead in voting at the U.N. and has helped stymy efforts to censure it over its military intervention in Syria. Together, the countries account for two of the five permanent veto-wielding seats on the U.N. Security Council, forming a bloc that can effectively frustrate Washington’s initiatives.

The two are also closely linked economically, with China becoming Russia’s largest trading partner and an important export market for its natural gas and oil.

Just weeks before the war began, Xi and Putin met in Beijing and issued a joint statement describing their relations as having “no limits.” To criticize Putin would therefore implicitly criticize Xi, something China does not tolerate.

WHAT ARE THE RISKS AND POTENTIAL BENEFITS?

By claiming to be an impartial observer, China has won Moscow’s gratitude while largely shielding itself from obligations to take action against Russia. Beijing also points to the refusal of other countries including India and Brazil to condemn Moscow as evidence it doesn’t stand alone.

Beijing has no desire to see the end of Putin’s regime, but could benefit from a weakened Russia becoming even more of a junior partner in the relationship. That could give Beijing a stronger hand in obtaining Russian energy resources and cutting edge military technology.

At present, the risks are minimal. Beijing is long accustomed to being accused of enabling or perpetrating human rights abuses and has grown adept at ignoring or parrying them using its economic and political clout.

While its biggest city Shanghai is facing one of the country’s largest outbreak since the beginning of the COVID-19 pandemic, and with a key Communist Party congress coming up later in the year, China is on high alert for anything that might threaten domestic stability.

HOW IS CHINA KEEPING THE PUBLIC ON ITS SIDE?

Beijing’s entirely Communist Party-controlled media have reported on the civilian killings in Bucha, but their coverage has a strong pro-Russian slant. The media have also amplified Russian disinformation, especially debunked claims that the U.S. and Ukraine have been collaborating on the production of biological weapons.

Beijing has sent instructions to teachers on how to “correctly” explain the conflict to students, with the U.S. cast as the “main culprit.”

It’s also shored up the official narrative with the circulation of a documentary film predating the Feb. 24 invasion that decries the fall of Russia’s former communist system. “Historical Nihilism and the Soviet Collapse” heaps praise on Putin and Joseph Stalin, while accusing reformers such as Nikita Khrushchev and Mikhail Gorbachev of aiding the U.S. and its allies in weakening the system from within.