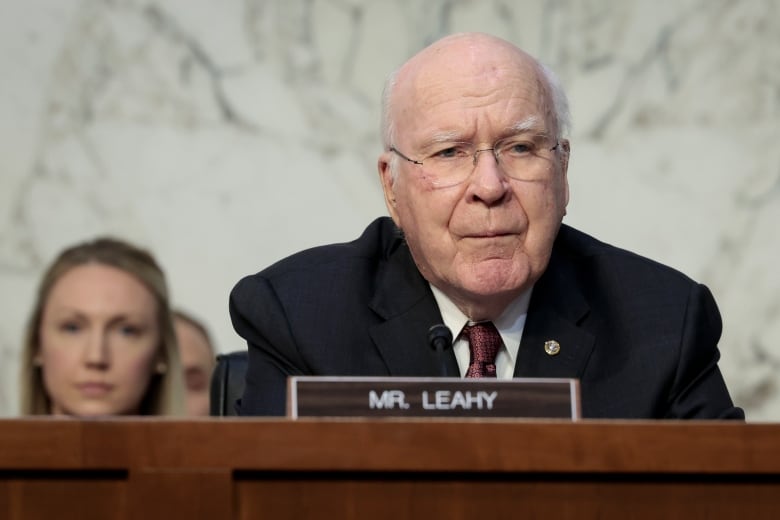 Ketanji Brown Jackson’s Supreme Court confirmation, and what comes next

Jackson was confirmed by a 53-47 vote in the Senate, with three Republicans joining all Democratic senators in voting in favour of her nomination.

Here’s a closer look at what her nomination means.

What does Jackson bring to the bench?

Jackson once worked as a law clerk for Justice Stephen Breyer — who she’ll ultimately replace —after graduating from Harvard Law School. She worked as a public defender and served on the agency that helps develop federal sentencing policy, before being confirmed by the Senate as a federal district court judge in 2013, and last year as a federal appeals court judge.

During the Supreme Court confirmation hearings, Democrats made use of a chart that shows Jackson stacks up favourably, in terms of experience, to recent justices.

“She is one of the most qualified nominees for the Supreme Court that I’ve ever considered in my 48 years here,” said Sen. Pat Leahy, the longest-serving Democratic senator, from the chamber floor on Thursday.

While conservatives in the Senate like Mitch McConnell have portrayed her as a nominee of the “radical left,” retired Judge Thomas Griffith from the U.S. Court of Appeals, appointed by George W. Bush, said in testimony last month that Jackson was “an independent jurist who adjudicates based on the facts and the law, and not as a partisan.”

Long gone are the days when Antonin Scalia could be confirmed by a 98-0 count (1986), or even 13 years ago, when Justice Sonia Sotomayor was confirmed by a comfortable margin of 68-31.

The top court has immense sway over the contours of U.S. public policy, arguably more so now that Congress is frequently polarized and unable to come to bipartisan agreement on many important issues (for example, comprehensive immigration reform). Senators increasingly fear the electoral consequences of going “against” their party on a judicial nominee.

WATCH | Some highlights from the confirmation hearings:

Ketanji Brown Jackson, nominated by U.S. President Joe Biden to the Supreme Court, faced her first day of questioning from senators. Jackson, who if confirmed would become the first Black woman to join the court, responded to questions about her judicial and sentencing records. 2:05

While not as explosive as confirmation hearings for Clarence Thomas (1991) and Brett Kavanaugh (2018) — who were both accused of sexual misconduct — the Jackson hearings were plenty contentious.

Republicans tried to portray Jackson as soft on crime, forensically examining the sentences she delivered in cases involving defendants who possessed child pornography. Democratic Sen. Cory Booker called the line of attack “beyond the pale,” and his party accused Republicans of cherry-picking cases and not focusing on an overall record on sentencing in line with sentencing from even some Republican-nominated federal judges. In addition, Jackson’s nomination had the backing of the National Fraternal Order of Police.

What does her confirmation represent?

Jackson is just the third Black justice and sixth female justice overall. The overwhelming majority of the 116 justices in American history have been white men of European extraction, and largely Protestant in terms of religious affiliation.

A recent Reuters report highlighted the incremental progress in recent years with respect to the percentage of U.S. law school grads who are non-white, but Black students are underrepresented in first-year law school classes compared to the African American share of the U.S. population.

“I’m certain there will be more people who didn’t see themselves included in the law who will look at Associate Justice Jackson and be inspired to follow their dream of becoming a law student,” Rutgers law dean Kimberly Mutcherson told Reuters.

The influence of this historic confirmation could transcend borders and “set an amazing example for a lot of women and a lot of young girls here in Canada,” Gemma Grey-Hall, a provincial candidate in the Ontario election, recently told CBC News.

Richard Wagner, chief justice of Canada’s Supreme Court, said in 2020 that there was “a growing awareness of the need for our courts, including our highest court, to reflect the diversity of Canadians. I certainly would welcome the insights and perspectives this could bring.”

The historic appointment of Mahmud Jamal, who is Indo-Canadian, soon followed, and another spot on Canada’s top court will be filled this year, due to the retirement of Justice Michael Moldaver.

What happens after confirmation?

Jackson likely won’t be sworn in until the summer, as Breyer will see out the current term ending in June. She’ll have to decide very soon if she’ll remain in her current federal post until then.

There is no term limit on Supreme Court positions; Justice William O. Douglas served a record 36-plus years (until 1975).

Jackson will not affect the balance of the court, as six justices were nominated by Republican presidents and three by Democrats.

Given that recent candidates approved by Republican politicians have been sourced and vetted by the conservative Federalist Society, liberal legal advocates worry about a potential regression in the scope of abortion and gay rights, as well as a potential skew in favouring state governments over the federal executive on policy matters.

Jackson’s first term is to begin on Oct. 3. The cases for that term so far include ones related to powers of the Environmental Protection Agency and Federal Trade Commission, voting rights and a case that will pit religious versus LGBTQ rights, after a web designer refused to provide his professional services to a gay couple. Jackson has said she intends to recuse herself from a case concerning Harvard’s admissions process, as she sits on a university policy board there.

What about future court picks?

This was the first Supreme Court nominee for President Joe Biden. Will it be the last?

Justices only leave through retirement or death, a state of affairs seen as undesirable by many legal experts, some of whom have proposed having a floating number of justices to remove any partisan pressure justices might receive to give way for a younger justice. Clarence Thomas, nearly 74, will be the oldest justice after Breyer retires.

Republican Sen. Lindsey Graham this week made it explicit that the White House is potentially in for a rough ride for future nominees after November, when Congressional midterms take place.

“If we get back the Senate, and we’re in charge of this body, and there’s judicial openings, we will talk to our colleagues on the other side. But if we were in charge, [Jackson] would not have been before this committee,” said Graham. “You would have had somebody more moderate than this.”

So far, Biden nominations have led to Senate confirmation for 15 federal judges for the U.S. courts of appeals and 43 judges for federal district courts, a pace seen as the most productive for a first-term administration since Ronald Reagan.

To Democrats, that smacks of what they saw as Republican obstructionism in 2016, when the party refused to hold hearings for President Barack Obama’s final Supreme Court nominee, Merrick Garland, who is now the attorney general.

McConnell, then Senate majority leader, argued that “the American people should have a say in the Court’s direction” in the approaching election. Republicans swept that election, with president Donald Trump ultimately choosing three conservative justices for the current 6-3 tilt.