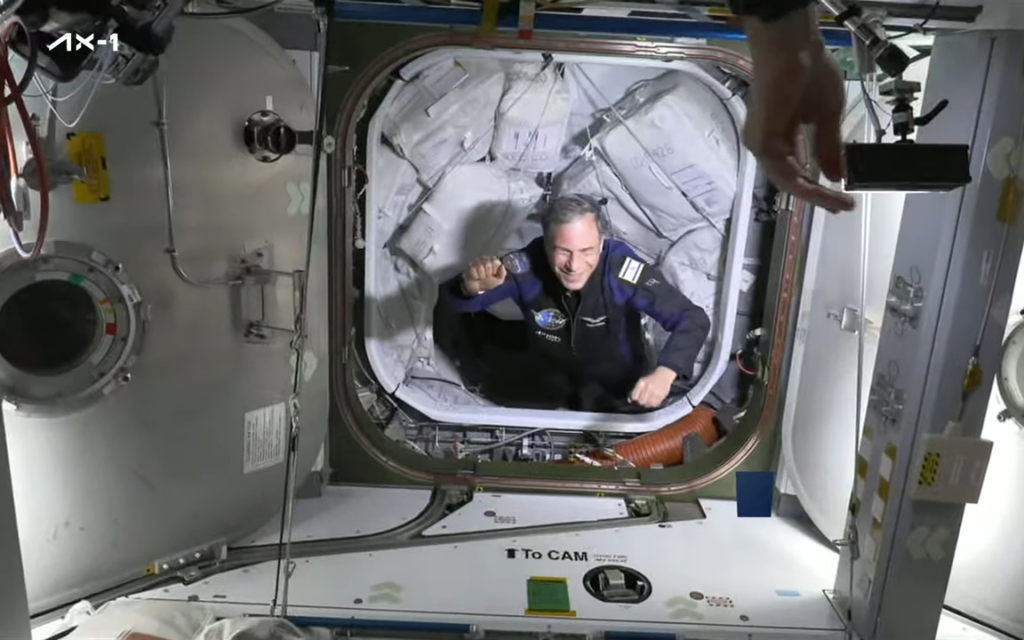 A space capsule carrying four astronauts, including Israeli Eytan Stibbe, docked at the International Space Station Saturday in the first fully private mission to the station, and Stibbe and his fellow passengers entered the station.

The Dragon capsule had blasted off aboard a SpaceX rocket on Friday. It briefly paused its approach to the ISS after the failure of a video feed needed for docking, but teams on the ground found a way to work around the issue.

NASA has hailed the three-way partnership with US company Axiom Space and SpaceX as a key step towards commercializing the region of space known as “Low Earth Orbit,” leaving the agency to focus on more ambitious voyages deeper into the cosmos.

I love the little “bounce” visible when #AX1 Crew Dragon Endeavour does the soft dock at 32s pic.twitter.com/dBCGZ8NX7V

While wealthy private citizens have visited the ISS before, Ax-1 is the first mission featuring an all-private crew flying a private spacecraft to the outpost. Axiom pays SpaceX for transportation, and NASA also charges Axiom for use of the ISS.

Earlier Saturday, Stibbe and his three fellow passengers on board the SpaceX Dragon capsule communicated with the control room on Earth, with the Israeli businessman speaking Hebrew.

Unlike the recent, attention-grabbing suborbital flights carried out by Blue Origin and Virgin Galactic, Axiom says its mission shouldn’t be considered tourism due to its scientific goals.