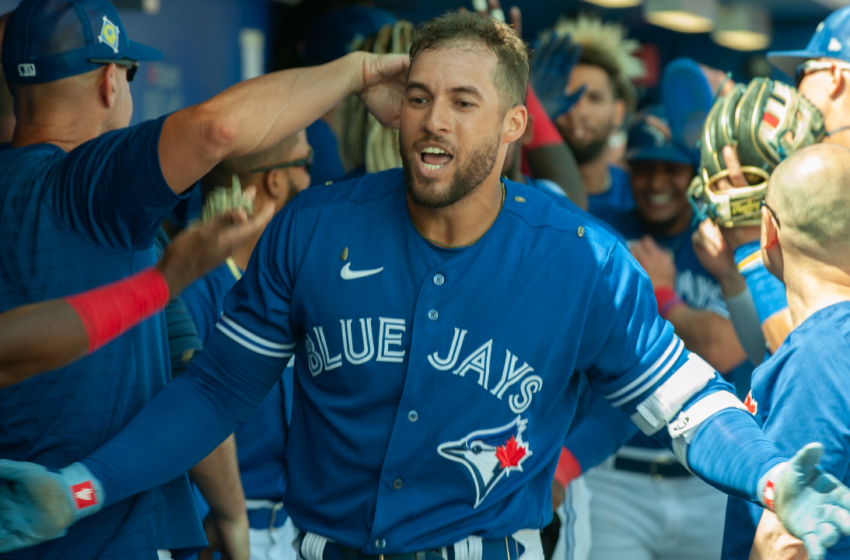 The Toronto Blue Jays kicked off their 2022 season in dramatic fashion by storming back to beat the Texas Rangers 10-8 last night in their series opener from Rogers Centre. Hopefully this piece will help you make an informed decision if you’re in the mood to put down a couple bucks on the game.

Editor’s note: All betting lines are courtesy of Bet365 and are current as of the time of publication.

My pick: If you’re into momentum, the Blue Jays have it heading into today’s game after last night’s comeback victory. Kevin Gausman makes his Toronto debut and was lights out in his only Spring Training appearance last week and has had some success versus Texas in his career. I’ll ride the wave of the comeback win from last night, and the fact that the Jays own the Rangers lately and take the Blue Jays here at -1.5 at -105.

Total: The Blue Jays and Rangers pounded out 17 hits and 18 total runs in last night’s season and series opener flying over the closing total of 9.0. Although the Jays were one of the best teams to the under last season, overs have been the play lately when they face Texas. The over is 6-2-2 in the last 10 meetings between these teams at Rogers Centre. The over is 7-1 in Texas’ last eight games as an underdog and 22-10-2 in their last 34 road games with the total set at 9.0-to-10.5.

Pitching matchup: RHP Kevin Gausman (14-6, 2.81 ERA) makes his first start as a Blue Jay while RHP Dane Dunning (5-10, 4.51 ERA) counters for Texas. Gausman has a 3-2 record with a 2.83 ERA and 38 strikeouts in seven career appearances versus the Rangers. The Toronto righty last faced Texas on July 29th, 2017, while with Baltimore and tossed 8.2 innings of seven hit shutout. Gausman dazzled in his only Spring appearance last week by giving up just three hits and two earned runs in 6.0 innings against the Tigers.

Dunning, meanwhile, allowed one run on three hits with six strikeouts in five innings in his only career start against the Blue Jays which was last April in Arlington. The right-hander, though, rode the struggle bus on the road last season by going 0-7 with a 6.39 ERA away from home in 12 starts.

Vladimir Guerrero Jr. got off to a solid start to his 2022 season by going 2-for-4 with two RBI in last night’s win over Texas. Guerrero Jr., though, is 0-2 in two plate appearances against Dane Dunning in his career.

Corey Seager was 2-for-4 with a walk in his Rangers debut last night. Seager has had success against Kevin Gausman in his career by slashing an eye-popping .429/.600/.571. The Texas shortstop is 3-for-7 with an RBI in 10 plate appearances against Toronto’s righty.

My Pick: I think there is value here on Corey Seager with his previous success against Kevin Gausman in his career. Seager’s .600 on-base percentage when facing Gausman is the reason why I’ll bite and take Seager and his total bases prop to go over 1.5 at +110.