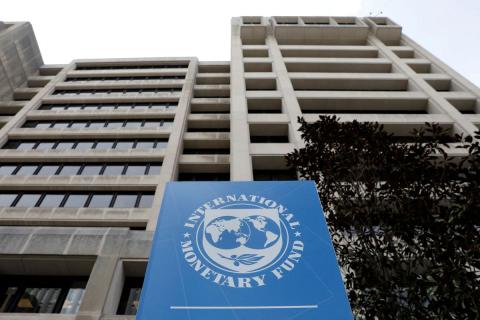 The International Monetary Fund (IMF) said on Thursday it had reached a staff-level agreement with Lebanon for a four-year extended fund facility that would however only get full approval from the fund if Beirut enacts a series of reforms.

An agreement with the IMF is seen as vital for Lebanon to begin exiting a crippling economic and financial meltdown that marks its most destabilizing crisis since the 1975-90 civil war.

The extended fund arrangement would run over 46 months and Lebanon had requested access to the equivalent of around $3 billion, the IMF said in a statement.

Lebanese authorities had agreed, prior to the IMF board considering whether to approve the deal, to complete eight reform measures, Reuters reported.

These included approval of a banking restructuring strategy that “recognizes and addresses upfront the large losses in the sector, while protecting small depositors and limiting recourse to public resources”.

The measures also included “initiation of an externally assisted bank-by-bank evaluation for the 14 largest banks”, parliamentary approval of a reformed banking secrecy law and completion of an audit of the central bank’s foreign asset position.

The facility would also depend on enactment of a comprehensive economic reform program agreed with the IMF, aimed at restoring financial sustainability, strengthening governance and transparency and removing impediments to job-creating growth, it said.

President Michel Aoun and Prime Minister Najib Mikati affirmed their “close cooperation, in collaboration with the parliament, to ensure fast implementation of the measures,” a tweet from the presidency’s account said.

Parliament Speaker Nabih Berri said the legislature was ready to work “with great seriousness” to make the program succeed. Still, Mikati in February said agreeing to an economic recovery plan “is a difficult process, a Kamikaze operation,” and disagreements persist between main stakeholders, including commercial banks, the central bank and the government.