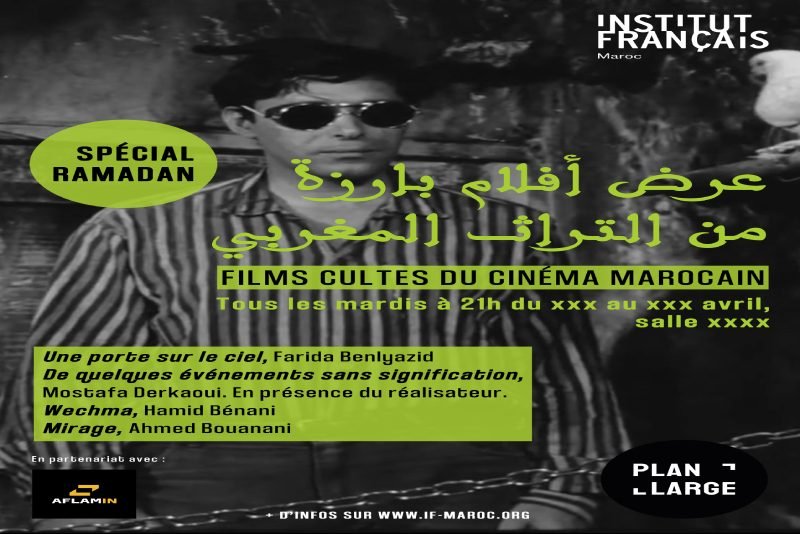 IFM: 4 cult Moroccan films to rediscover on the big screen during Ramadan The cinemas of the French Institute of Morocco (IFM) devote the entire month of Ramadan to the great Moroccan cinematographic masterpieces of the 70s and 80s.

In doing so, it is a question of rediscovering, in a festive atmosphere and on the big screen, these founding films of the national heritage.

This cycle invites us to review certain works that have not yet been shown in cinemas and to discuss this prolific and essential artistic period. We will find in particular four emblematic films of
this time: A door of the sky of Farida Benlyazid (1988), Of some events without significance of
Mostapha Derkaoui (1974), Mirage by Ahmed Bouanani (1979) and Wechma by Hamid Bénani (1970).

Screening in the presence of the directors

Mostapha Derkaoui will present the powerful and avant-garde On some events without meaning in Rabat (April 11), Meknes (April 14) and Kénitra (April 15), in the company of researcher Léa Morin who largely contributed to the restoration of the film. Finally, Hamid Bénani will accompany his founding and famous film Wechma in Marrakech (April 19) and Rabat (April 25).