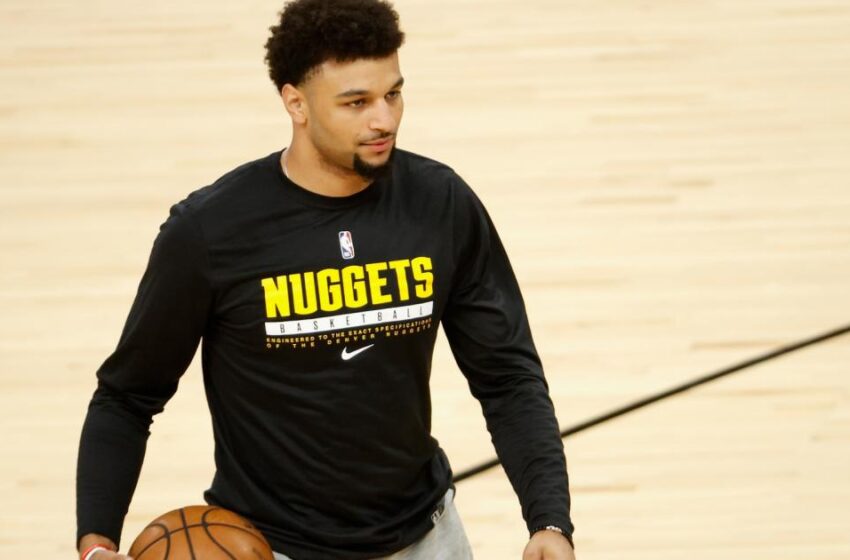 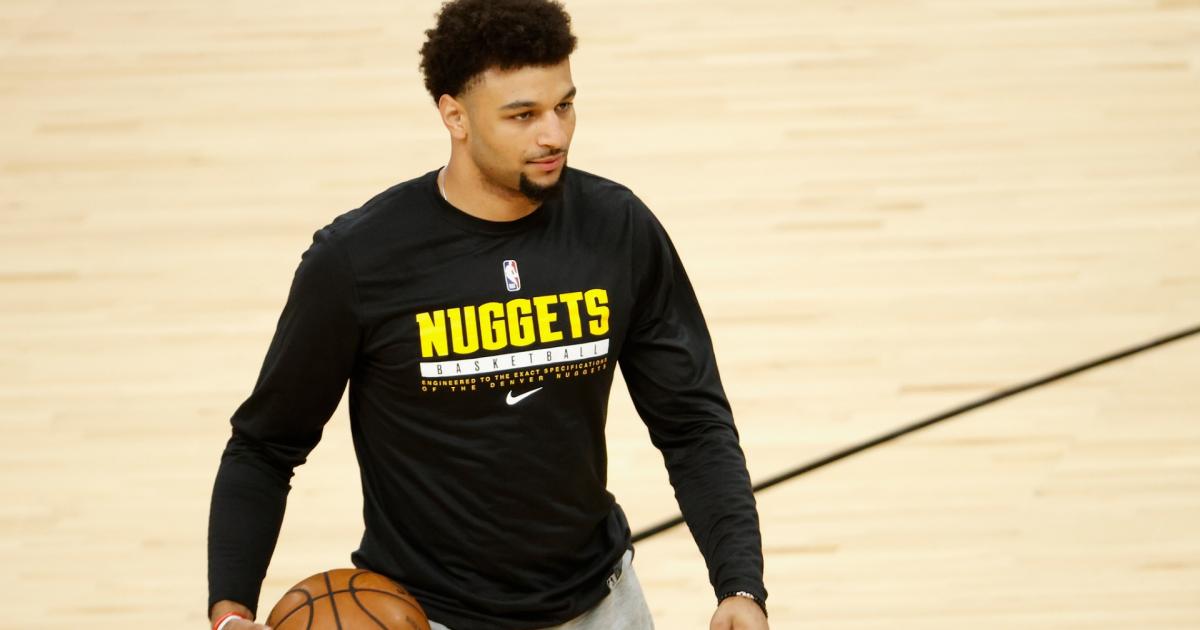 Nuggets guard Jamal Murray has yet to play in a game this season.

The 25-year-old is still recovering from a torn left ACL suffered during the 2020-21 season and is expected to remain sidelined indefinitely.

What’s next for Murray? Here’s everything we know about his injury and the latest news on when he may return to the court.

On April 12, 2021, Murray made his return to action against the Warriors after missing the previous four games with right knee soreness. He suffered a non-contact injury on a fast break in the fourth quarter of the contest and would later be deemed out for the season after suffering a torn left ACL.

This came as a significant blow to a Nuggets team that was rolling after a strong trade deadline, winning 17 of their last 20 games. They were beginning to look like a championship contender before they lost Murray, who was averaging 21.2 points, 4.8 assists, 4.0 rebounds and 1.3 steals per game.

When could Jamal Murray return from injury?

There has been no timetable set for Murray’s return, as he remains out indefinitely.

At Denver’s media day, Murray gave a brief update on his injury, stating, “Just five months ago, I couldn’t lift my leg off the bed. So, I’ve come a long way. But even when I do certain things, I’ve got to remind myself that I can’t do it to the speed or the level that I want to do it. … That’s just going to come with time. And I can’t rush time.”

“He’ll come back when he’s ready,” Connelly said. “Not when we tell him, not a date on the calendar. Only he will know when he’s ready. And we’re at zero rush.”

ACL injuries typically take a full year of recovery, meaning a rough estimate would put Murray returning at some point in April. Of course, everyone heals differently.

UPDATE (March 12, 2022): According to Mike Singer of The Denver Post, “no return is assured this season” for Murray. Two league sources told Singer that his chances of a return are “50-50 at this point.”

UPDATE (March 20, 2022): According to Mike Singer of The Denver Post, Nuggets head coach Michael Malone said Jamal Murray is “not close” to playing in any of the games. He added there is a possibility he could go back down to Denver’s G League affiliate, the Grand Rapids, for another “practice block.” There is not yet a date determined for his return, “when it would be foolish to bring him back.”

UPDATE (March 31, 2022): With less than two weeks remaining in the regular season, the Nuggets still aren’t ruling out a return for Murray. “We have no idea where the finish line is,” said Malone. “Until we have a better idea of that, let’s leave all options on the table and see what happens on a day-to-day basis.”

UPDATE (April 9, 2022): Ahead of the one-year mark from Murray’s injury, The Athletic’s Shams Charania reports that Murray will not play in the Nuggets’ season finale and is unlikely to return to action during the NBA Playoffs, which begin on Saturday, April 16.

Nuggets star guard Jamal Murray and forward Michael Porter Jr. will be out for season finale Sunday vs. Lakers. Sources say, as of now, they are unlikely to return to action during playoffs: pic.twitter.com/KUMgctvOLD

Murray doesn’t have a lengthy injury history by any means.

In Year 3, Murray was absent for his first real chunk of time, missing six games with a minor left ankle injury. In 2019-20, he missed 10 games because of a left ankle sprain, marking the longest stretch of his career he had sat out prior to his ACL injury.

As mentioned, Murray had missed just four games during the 2020-21 season with right knee soreness before tearing his left ACL in his first game back.