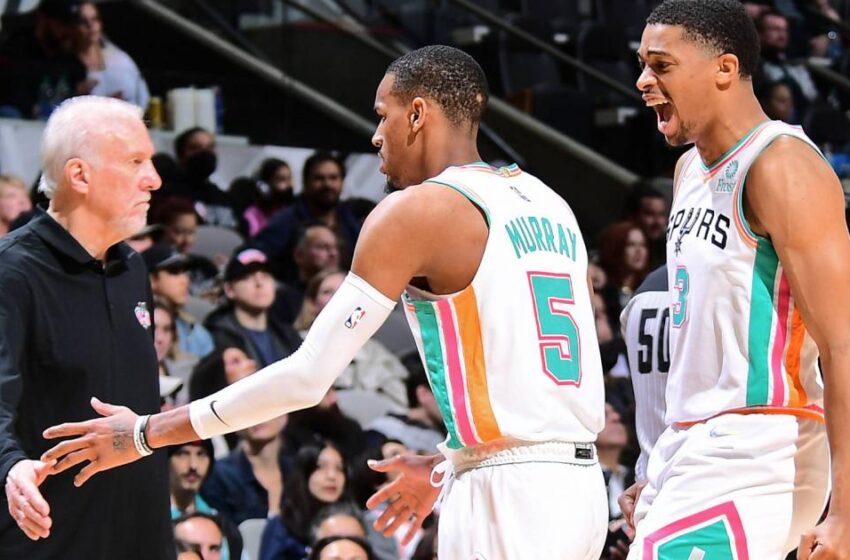 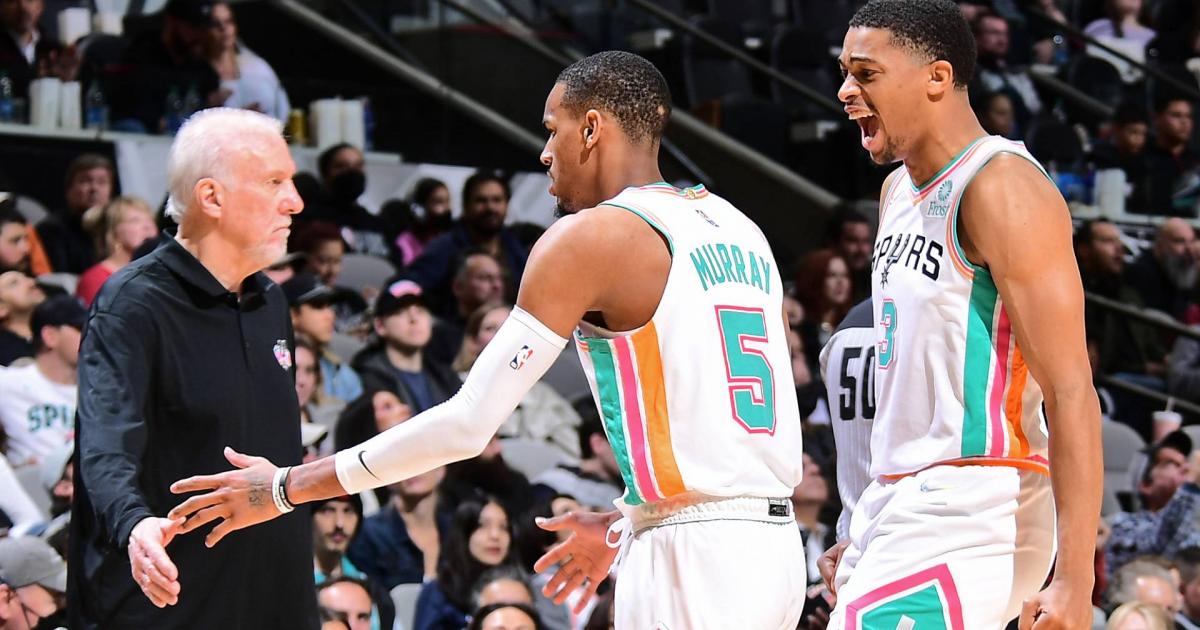 With a loss in the Play-In Tournament, the Spurs’ season has come to an end.

What a season it was.

Despite the 34-48 record, San Antonio took big steps as a franchise ushering in a new era.

Dejounte Murray made the All-Star leap with averages of 21.1 points, 9.2 assists, 8.3 rebounds and 2.0 steals per game, Keldon Johnson grew into his role as the team’s No. 2 and Jakob Poeltl cemented his status as one of the league’s most solid defensive bigs.

With 30-year-old Doug McDermott as the team’s oldest player, the Spurs have an extremely young roster, many of whom were granted the invaluable opportunity to contribute to winning basketball and play on a postseason stage. That will only mean good things moving forward.

Here’s a look at where the Spurs stand going into the offseason.

All salary figures are from Spotrac.

Among San Antonio’s restricted free agents, Lonnie Walker IV is the most notable as he continues his development as a player. This past season saw Walker average a career-high 12.1 points per game in a reserve role.

Next season, Murray will be the Spurs’ highest-paid player at just under $17 million, a value deal for an All-Star at his level of production.

San Antonio projects to be well under the salary cap, though some cap space could be used to keep Walker in a Spurs uniform and extend the contract of Keldon Johnson, who is developing into one of the franchise’s cornerstones.

As it stands, the Spurs will pick three times in the first round of the 2022 NBA Draft.

Through trades, the Spurs have acquired the first-round picks of the Raptors and the Celtics, which will each fall between 20 and 25.

San Antonio has proven to be a strong draft team in years past and can use each selection or package picks to move up.

In his latest mock draft, TSN’s Kyle Irving has the Spurs selecting Duke’s AJ Griffin with the ninth overall pick.

San Antonio also owns the Lakers’ second-round pick, which is the 38th pick in this draft.

Is this the end of the Gregg Popovich era?

Popovich, who has been at the helm since 1996, has done it all in his coaching career. In addition to leading the Spurs to five NBA titles, he’s been named Coach of the Year three times and was named as one of the Top 15 Coaches in NBA History during the league’s 75th-anniversary celebration.

In 2021, he led Team USA to Olympic gold before stepping down from his post to allow his successor — and former player — Steve Kerr to take the reins.

Could he do something similar in San Antonio?

Popovich, who turned 73 in January, has never been one for exorbitant fanfare. Would a low-key retirement announcement really be much of a surprise? Any other type of announcement could result in a farewell tour, which falls in line with the exact fanfare that Popovich might look to avoid.

As one of the greatest coaches in all of team sports, Popovich will leave massive shoes to fill once he does decide to retire. If that happens to be in the 2022 offseason, you should believe the tactician has a well-thought-out plan with regards to his replacement.

Whether it’s Popovich or a successor, the rebuild in San Antonio lends itself to there being a new era of the Spurs Dynasty in the coming years.