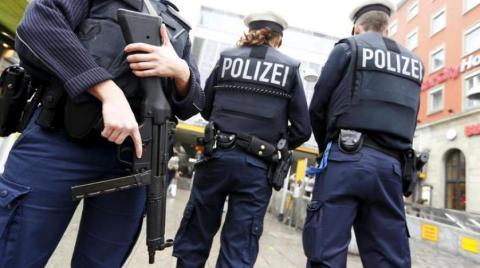 German investigators on Wednesday arrested a Syrian man accused of war crimes for allegedly torturing captives while he was with ISIS in Syria in 2014.

Federal prosecutors said the man, identified only as Raed E. in line with German privacy rules, was arrested in Berlin. He is suspected of membership in a foreign terrorist organization, crimes against humanity, war crimes and bodily harm.

The suspect joined ISIS in summer 2014 and participated in an attack that August on the Shueitat tribe in the Deir el-Zour region of eastern Syria, prosecutors said. Activists reported death tolls ranging up to 700.

Raed E. is accused of abusing and torturing three captives after that attack, according to The Associated Press. Prosecutors said that he had a man who was looking for a 13-year old brother kidnapped by ISIS arrested and then tortured him at various ISIS prisons.

The suspect allegedly also ordered the 13-year-old suspended from a ceiling with his hands tied behind his back. And he is accused of twice physically abusing a third captive during months in captivity.

Prosecutors said in a statement that, in addition to working in ISIS prisons, he handled transactions in which the freedom of Shueitat captives was bought and manned two checkpoints for the extremist group.

They didn’t say how or when he came to Germany.