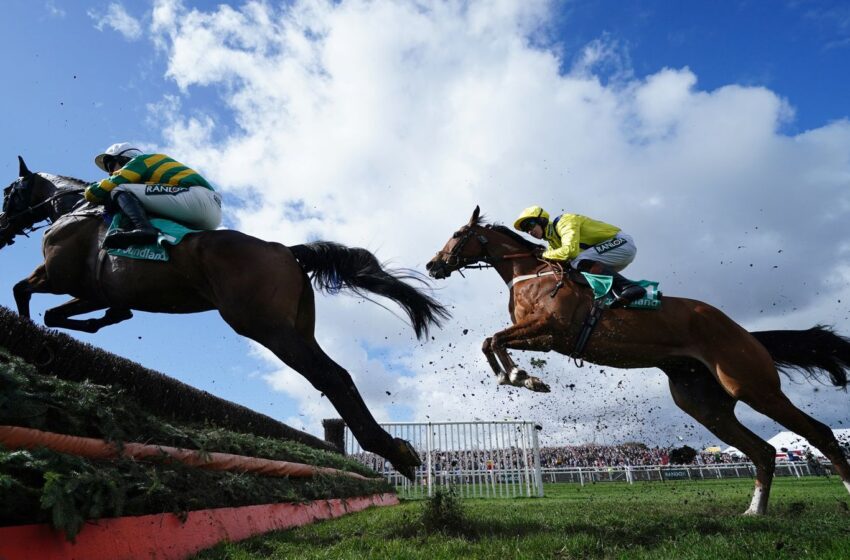 Arkle winner Edwardstone was widely expected to follow up his Cheltenham Festival success in this Grade One contest, being sent off the 4-7 favourite for Alan King.

However, he proved no match for the Willie Mullins-trained winner, who raced generously throughout for Mark Walsh as he took a big step up from wide-margin wins at Thurles and in a Navan Grade Three.

Third Time Lucki briefly looked like challenging after Harry Skelton did well to recover a lost iron, but he dropped away in the straight, leaving Edwardstone and Gentleman De Mee to slug it out.

There was only one winner though, as Gentleman De Mee kicked on again at the last, coming home four and a half lengths clear with Dan Skelton’s Third Time Lucki another 11 lengths back in third.

Mullins said: “I think the Arkle winner, having been to Cheltenham and we didn’t, maybe didn’t have the freshness we had. I was hoping our freshness might be the right card to play and it looked like that.

“Mark gave him a brilliant ride, he got him out, got him jumping and even gave him a breather when he made a mistake at the fourth-last. Mark felt he was always in charge.

“He’s just improved the last six to eight weeks, I think the change of tactics have helped, rather than holding him up and getting beaten like he was early in the season. He’s maturing and growing into himself.

“It looks like there’s more to come. We’ll see about Punchestown, we’ll see how he comes out of this. I think he’s a Champion Chase horse.”

Mullins did have the ante-post favourite for the Arkle in Ferny Hollow until injury curtailed his season once more.

“He’s good,” said Mullins. “He had a vet check the other day and everything is going well. He’ll be back next season and hopefully he’ll get a bit of time out at grass first.”

King was not downhearted in defeat, although he felt the fact Edwardstone was having his seventh start of the year while Gentleman De Mee was having his fifth might have been key.

He said: “All through the week I was getting afraid of the winner who was only 3lb behind us and had an easier prep.

“There are no regrets, because if you look at Dan’s horse (Third Time Lucki), we have run our race.

“I’m thrilled with him, and would think the Shloer might be the first target next season.”

Skelton was similarly satisfied with Third Time Lucki, who was finishing behind Edwardstone for a third time this season.

He said: “It’s a shame that he hit the cross fence, but he soon was back on the bridle.

“He’s had a great first year over fences and seen a lot of the back of Edwardstone. His campaign will remain at two miles when he comes back next season.”