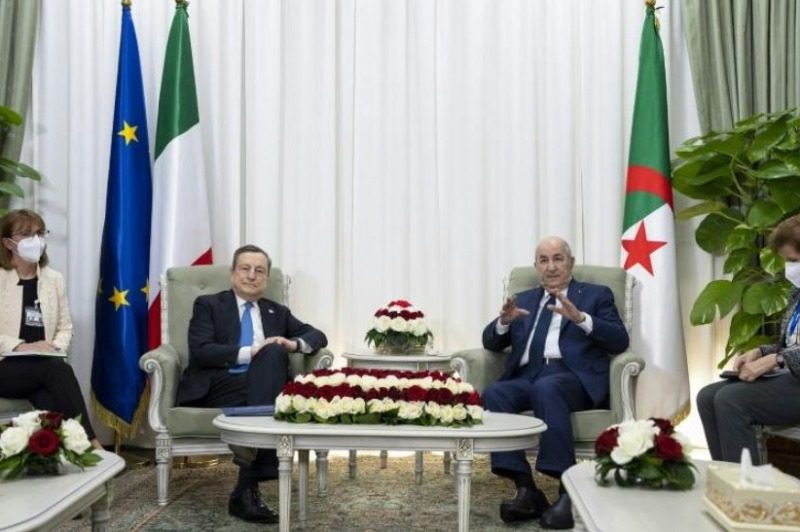 Gaz: Faced with its anger against Spain, Algeria turns to Italy Algeria and Italy reached an agreement on increasing the supply of Algerian gas on Monday during a trip by Italian Prime Minister Mario Draghi at the invitation of the Algerian president. The announcement comes as Algiers wants to tell Spain that it disagrees with its position on the Sahara.

Algeria did not wait to show its irritation at Spain’s decision to support the Moroccan autonomy initiative for the Sahara. While Algiers says it is not concerned by the conflict around the Sahara, its attitude shows just the opposite.

Since Madrid supported the Moroccan solution to the settlement of this regional dispute which lasted more than 4 decades, taking the path of France, Germany and the United States, this decision was immediately denounced by Algeria. .

The Algerian government recalled its ambassador for consultations and then announced via the boss of its national hydrocarbon company that it was going to increase gas prices for Spain and not for its other European partners.

This is how the Algerian system went to Italy to promise to provide it with more gas and the invitation of the Italian Prime Minister, Mario Draghi, by the Algerian President, Abdelmadjid Tebboune, intervenes in an idea of ‘ “annoy” Spain.

On Monday, Mr. Draghi announced an agreement between the Italian energy group ENI and the Algerian state group Sonatrach for the latter to supply more gas to Italy.

“Our governments have signed a declaration of understanding on bilateral cooperation in the energy sector. Added to this is the agreement between ENI and Sonatrach to increase gas exports to Italy,” Draghi told reporters.

Italy imports 95% of the gas it consumes, and is very dependent on Russian gas, which represents 45% of its consumption. Algerian gas represents almost 1/3 of Italian gas consumption. The country is also Algeria’s leading gas customer.

Italy imported a total of 6.4 billion cubic meters during the first quarter of 2021, an increase of 109% compared to 2020, according to the official Algerian agency APS.

According to ENI, the agreement “will make it possible to exploit the available transport capacities of the gas pipeline (Transmed) to ensure greater flexibility in energy supply, and to gradually supply increasing volumes of gas from 2022, until to 9 billion cubic meters of gas per year in 2023-24”.

The gas sales contract between the two countries was renewed in May 2019 for a period of 8 years until 2027, in addition to an optional 2 years.