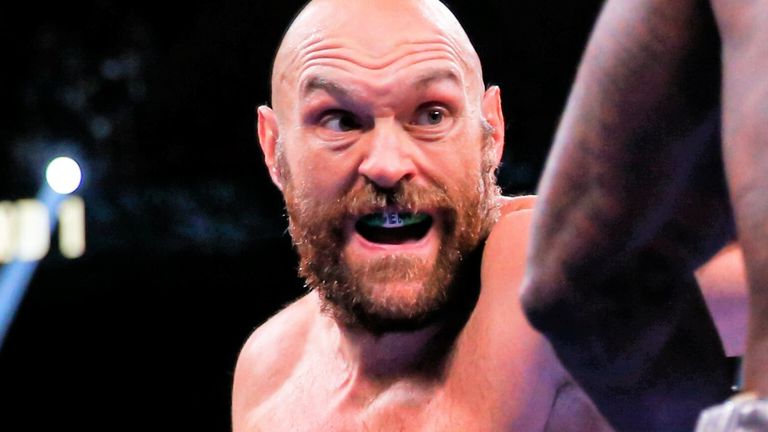 Fury cannot wait to be unleashed on Whyte

Tyson Fury is impatiently waiting for a Wembley showdown with Dillian Whyte as he prepares to deliver another dramatic world title triumph, according to his promoter Frank Warren.

Fury will defend his WBC heavyweight title against British rival Whyte on April 23, with the crowd capacity extended to 94,000 at Wembley, which would break recent records for stadium fights in the UK.

In his last world title defence, Fury climbed off the canvas twice to stop Deontay Wilder in the 11th round of their rematch, and Warren is expecting another explosive encounter against Whyte. 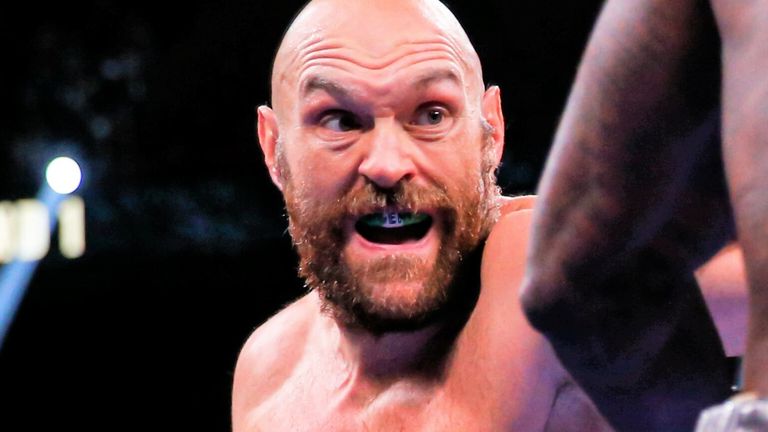 “Tyson is absolutely champing at the bit,” Warren told Sky Sports. “He wants to make a statement in front of a record crowd on April 23 and I believe he will.

“This country has never seen anything like Tyson Fury before. He’s just had an epic trilogy with the hardest hitting heavyweight of all time and come out on top.

“He will be determined to put on a show and give every paying fan a night they will never forget.”

Undefeated Fury, who has had 22 of his 31 professional contests finish inside the distance, has meanwhile taken to social media to taunt Whyte (28(19)-2) ahead of their Wembley showdown. 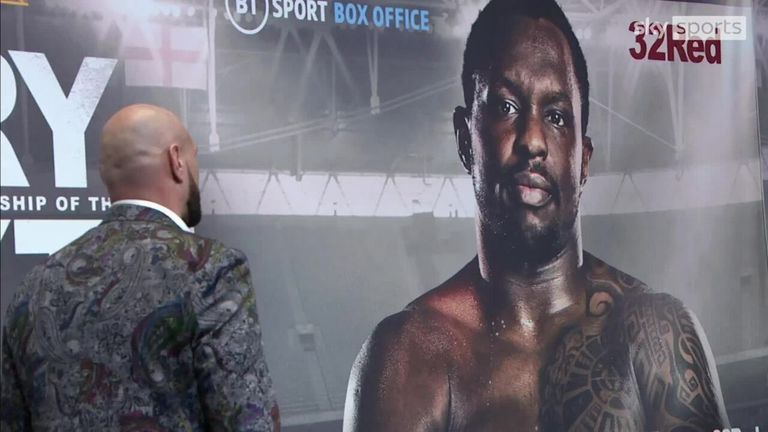 With Whyte absent and no head to head possible, Fury took the opportunity to stare down his poster instead

Speaking in a video posted on his Twitter account, the 33-year-old repeated his vow from last month’s ticket launch to knock out the challenger, who did not attend that event.

In contrast, Whyte, the WBC interim heavyweight champion following a fourth-round stoppage of Alexander Povetkin last March, has so far chosen to stay silent in the build-up.

“Camp is going well,” Fury said. “Less than three weeks out, I cannot wait to see you all there in the Big Smoke at Wembley Stadium.

“Dillian Whyte is getting knocked out, man! I cannot wait – see you there, all of my loyal fans. God bless you all.”