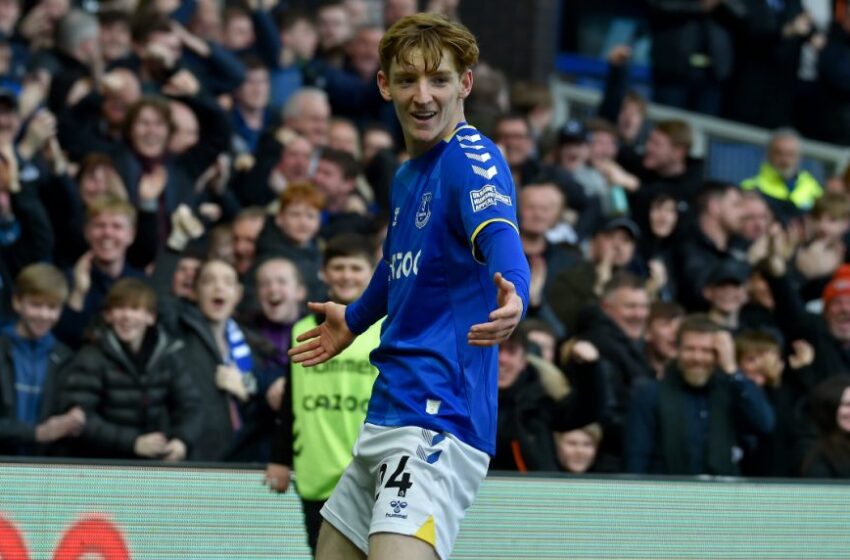 LIVERPOOL, England — Everton gained a huge win in its fight for survival and further damaged Manchester United’s flimsy top-four hopes with a 1-0 victory in the Premier League on Saturday.

Anthony Gordon’s shot from the edge of the penalty area deflected into the net off the outstretched leg of United defender Harry Maguire in the 27th minute at Goodison Park.

It was another lacklustre performance by United, which brought two great saves out of Jordan Pickford — both from efforts by Marcus Rashford — early in the match and was frustrated by some obdurate and at times desperate defending by Everton in the second half.

Whoever is hired as the full-time replacement for interim manager Ralf Rangnick — and Ajax’s Erik ten Hag looks to be the favourite for the job — is set to arrive at Old Trafford with United out of the Champions League and potentially not in any European competition.

United stayed three points behind the teams in fourth and fifth place — Tottenham and Arsenal, respectively — and the two London clubs have games in hand.

Asked if speculation over the next manager was creating a state of limbo, Rangnick said: “I don’t think this should be an excuse for anybody. We’re Manchester United, we’ve got a lot of international players.

“This cannot be an alibi for anybody. If the next manager is announced in 10, 14, 21 days, this should not affect a game like today.”

Things look much more positive, though, for Everton, which bounced back from a demoralizing loss at relegation rival Burnley on Wednesday to move four points clear of the bottom three as the team looks to avoid going out of the top flight for the first time since 1954.

Everton’s home form raises hope that it can stay up. Frank Lampard’s side has won five of its last seven matches at Goodison Park in all competitions.

“These are pressure times with the reality of the situation, but at Goodison we’ve been good,” Lampard said. “Away from home is a different aspect but when we come together, the players, the fans here, we’re hard to beat.

“It starts with the physical output, the fighting spirit. That’s what the fans demand and rightly so. When you give them that you give yourself a chance.”

Lampard said “beautiful football can come later,” given the position Everton is in.

“I’ve got ambitions at the club to stay up and change some things,” he said. “But in the position we’re in, it’s fighting first.